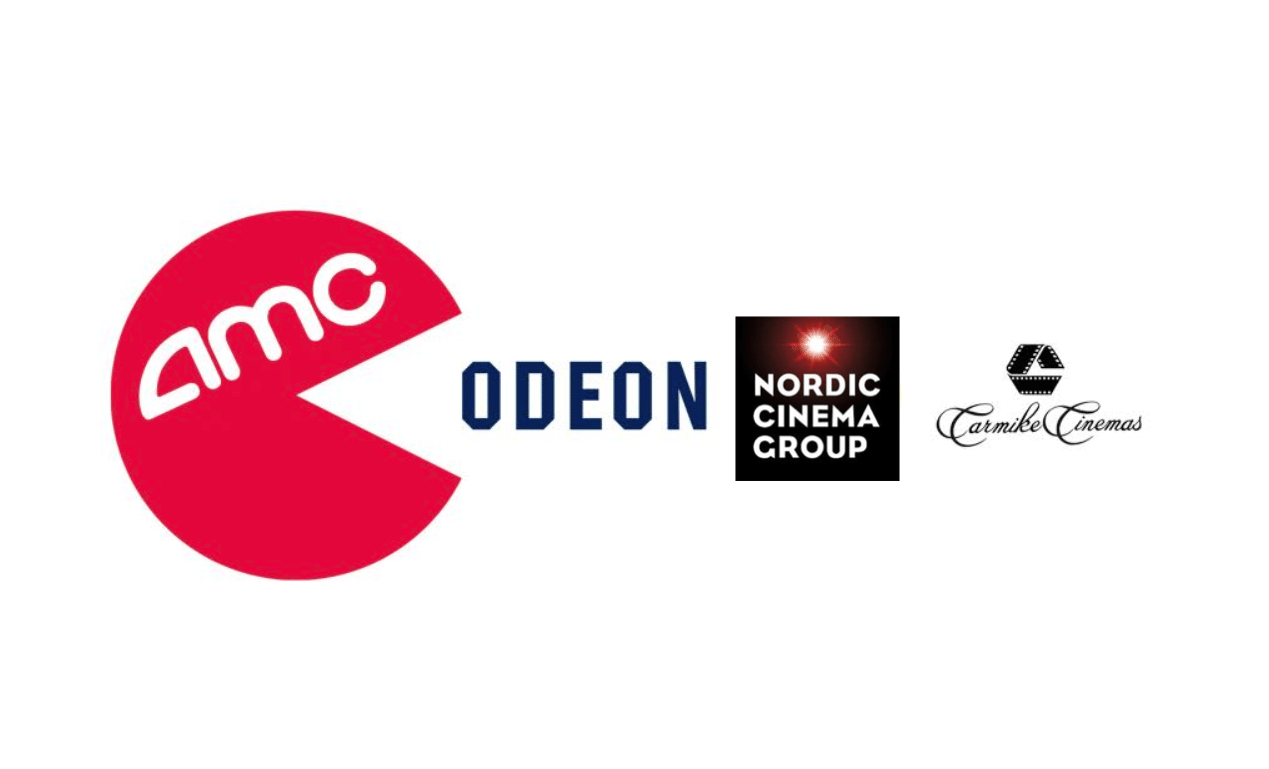 Wanda-controlled AMC has further expanded its global reach by acquiring Nordic Cinema Group (NCG) for SEK 8.25 billion (USD $929 million) in an all-cash deal, only a month after completing its acquisition of Carmike in the US and Odeon & UCI in UK and Europe. Nordic is the parent company of SF Bio and Finnkino, with a dominating presence across the Nordic and Baltic states.

Nordic was controlled by private equity (PE) firm Bridgepoint, which acquired the majority stake for SEK 4.7 billion in 2015 from PE firm Ratos and Bonnier media group. The latter, who was the original owner of SF Bio and later NCG, retained a minority stake (30%) that it is now selling. The sale of NCG had been rumoured for some time, though Vue was identified as the most likely potential buyer.  There had also been talk of an IPO for the company.

Wanda, which controls both AMC and Australia’s second largest exhibitor, Hoyts, in addition to being China’s biggest cinema chain, has a stated ambition of being the world’s largest cinema operator with a global market share of 20%. Prior to the NCG purchase, Wanda controlled 12% of all global screens. Odeon and Carmike were both acquired by AMC within one year of new CEO Adam Aron taking charge with the mission of fulfilling Wanda’s goal of global cinema dominance.

Speaking at the recent World Economic Forum (WEF) meeting in Davos, Wanda Chairman Wang Jianlin spoke about the desire to buy a Hollywood studio, but also about investments in sports and Wanda’s ambition to enter the healthcare business in China by building private hospitals. Questions were raised around the same time about Wanda’s film strategy after Thomas Tull stepped down from Legendary Entertainment, the film production and co-financing company he founded and sold to Wanda.

While the acquisition of Nordic Cinema Group makes sense as a numbers play geographically, it is far less so financially. The simplest way to evaluate the Wanda/AMC buying spree is on a comparative screen basis, going back to the original acquisition of AMC in 2012 for USD $2.6 billion. With the exception of Hoyts, which was a special case, all the other deals were Wanda buying via AMC, as can be seen below.

What stands out immediately is that Wanda/AMC paid more than USD $2 million on a per-screen basis for Nordic Cinema Group’s cinemas. This is almost four times the equivalent for Odeon & UCI and five time what it finally paid (after increasing its original offer) for Carmike. Even compared to Hoyts, which was bought from fellow Chinese Sun Xishuang’s ID Leisure Ventures, it is still roughly 2.5 times as much.

So are the cinemas of SF Bio, SF Norge, Finnkino and Forum Cinemas worth 2.5 to 5 times as much as those of the other members of the global Wanda/AMC family? Remember, the majority stake in NCG was bought for SEK 4.7 billion, almost half the current price, just two years ago. NCG’s cinema chains have not grown that significantly in those two years, but Bridgepoint just made a profit of SEK 900 million (USD $101.5 million). So the price is clearly high if you look at the screens themselves, the revenue they generate or what they were valued at previously.

Yes, NCG has some quality screens, such as the flagship SF Bio multiplex with IMAX in Stockholm’s Mall of Scandinavia or Finnkino’s Tennispalatsi with its PLF Scape screen. It has also undertaken a modernisation program of its multiplexes in in several of Sweden’s large and medium-sized cities, which it claims “means that SF Bio is now Europe’s most modern cinema chain.” But it also has “messier” co-ownership stakes in 49 cinemas across Sweden (a 49% stake in Svenska Bio) and Norway (where it is partner in four municipally owned cinemas), as well as operating associated cinemas in Denmark that it does not own outright.

AMC claims that it can achieve USD $5 million in annual cost synergies for NCG, but given that NCG had SEK 2.938 billion (USD $349 million) in revenue in 2015, this hardly amounts to a decisive factor, as much as a better price for popping corn and Coke refills. Unlike Carmike there is no top or mid-tier level of management that can be eliminated. NCG’s CEO Jan Bernhardsson could end up doing a Paul Donovan and step down, particularly as NCG will sort under Odeon rather than report directly to AMC, but is equally likely to stay.

It is rather poignant that Bernhardsson shared the stage this past summer at CineEurope with Odeon’s Donovan and Carmike’s Passman, who observed,“if you are an acquired company, you will be a former CEO,” as well as Dreamworks Animation’s Jeffrey Katzenberg. Less than a year later all three of the cinema chains were owned by AMC and two of the three CEOs were out. As an industry colleague joked to me late last year, “there is only room for one silverback gorilla” on the mountain that is AMC’s empire and his name is Adam Aronson.

“For the third time in the past 12 months, we believe we have discovered a substantial acquisition that gives AMC yet another opportunity to further expand and diversify our geographic reach and more firmly establish AMC as the undisputed leader in movie exhibition worldwide,” AMC’s President and CEO Adam Aron is quoted as saying. Substantial, yes, in terms of size, geography and, above all, price. But the emphasis is not on price, whether too much or too little, but on the ambition to be “the undisputed leader in movie exhibition worldwide”. Aron goes on to say:

It has been our observation that Nordic is extremely well-run with a modern up-to-date theater circuit that in our opinion offers tremendous value potential for AMC over the foreseeable future. We are also excited by the growth potential of Nordic as it moves forward with 10 theaters already in development or re-development. We have been impressed with Nordic’s talented leadership team, and further believe that their added expertise will be invaluable to us in helping to drive AMC’s progress across Europe. AMC will bring additional efficiencies of scale and innovative strategic initiatives to the Nordic brands.

All of this is equally true. But it is should be noted that Sweden and the Nordic countries have some of the highest cinema ticket prices in the world already. The proposed increase in sales tax on cinema tickets in Sweden could hurt attendance in the future. SF Bio is also playing catch-up in the event cinema space with community cinema operator Folkets Hus. It is unlikely that Nordic countries will embrace a switch to luxury recliner seats in the same way as AMC has done in the US, even less so than Odeon & UCI screens. So why would Wanda and AMC be prepared to pay such a premium for a bunch of cinemas chains in the cold and dark north of Europe? In one word: geography.

It is also worth remembering that there are not many medium-to-large cinema groups owned by private equity firms available to buy any more. AMC would rather buy one group of close to 500 screens (NCG has 463 screens and will cross 500 within the next 12 months), than two groups with around 250 screens, even if those two put together were cheaper than the bigger one. With Korea’s CGV having snapped up Turkey’s Mars (736 screens for USD $800 million – or just over USD $1 million per screen) there were few options left in Europe. There might even have been a bidding war with Vue behind the scenes.

Yet the most critical factor to remember is that the AMC-NCG deal is still conditional upon anti-trust clearance by the European Commission (EC), a decision which is expected in the first half of 2017. NCG is one of the few major European chains that did not overlap with Odeon or UCI’s existing network in a single country. Geographically it is thus a perfect match and this is why Wanda/AMC were ultimately prepared to pay such a premium for NCG.

Interviewed by Celluloid Junkie in 2015, NCG’s Jan Berhardsson admitted that the biggest focus of his work was “looking at Excel-grids. I don’t know if it’s a surprise but I am a number cruncher and I love analyzing admissions, concession sales, programming schemes, investment cases etc. I see so much potential in those grids.” It seems that Bernhardsson unlocked NCG’s hidden value – or rather worth to Wanda/AMC – in those grids, to the tune of SEK 17.8 million (USD $2 million) for each one of his screens.