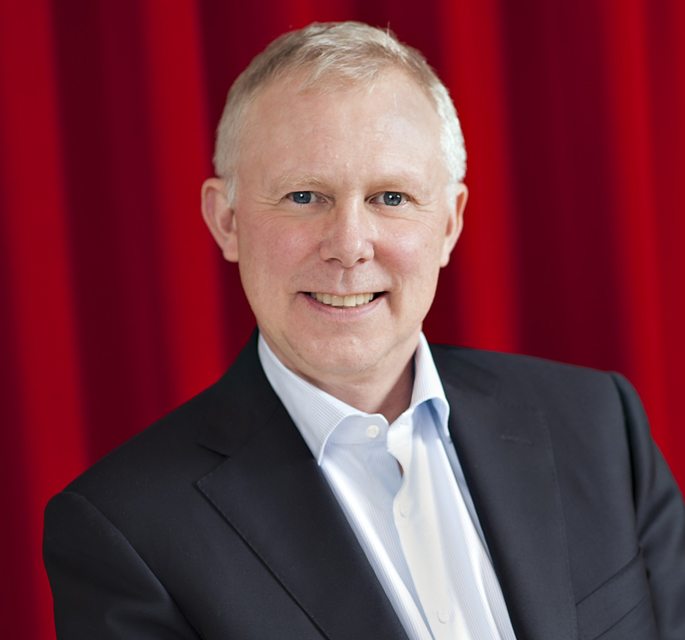 For his work at first at SF Bio and then as head of NCG, Jan Bernhardsson was named CineEurope’s 2015 International Exhibitor of the Year, with the citation:

“Jan Bernhardsson and his team have created one of the premiere exhibition circuits in Europe and have been avid supporters of CineEurope from its inception” stated Robert Sunshine, Co-Managing Director of CineEurope. “We are delighted that we have the opportunity to express our appreciation at the 2015 edition.”

“The establishment and rapid expansion of the Nordic Cinema Group has been one of the success stories of European cinema exhibition in recent years. Central to that success has undoubtedly been the leadership, business acumen and skill of Jan Bernhardsson,” said Phil Clapp, President of the International Union of Cinemas (UNIC). “I and UNIC colleagues are delighted that CineEurope will this year recognize that fact and to celebrate Jan’s achievements.”

CJ talks to Jan about his career, vision for his company and just how similar (or not) Nordic cinema goers are.

Celluloid Junkie: What is your first memory of going to the cinema to see a film? What movie were you seeing?

Jan Bernhardsson: I was six years old and saw The Jungle Book. The story, the large screen and the atmosphere made a great impact on me – coming to think of it, it still does.

CJ: What made you decide to work in the motion picture industry? And are you pursuing the career or profession you anticipated early on?

Jan Bernhardsson: As so often it was a series of coincidences. I had been working with fast moving consumer goods and from there I started my own company in video distribution. When that company was sold to Bonnier, a large media industry in Sweden, I got my first taste of this business.

It’s not as I anticipated, it’s better with so many characteristics, everything from real estate, culture, politics, city planning, retail and knowledge about the degree of expansion of popcorn – not one single day is like the previous one.

CJ: Congratulations on being named “CineEurope’s 2015 International Exhibitor of the Year.” Do you see this award as a vindication of the strategy to build a pan-Nordic cinema operation?

Jan Bernhardsson: Thank you very much. I think having a pan-Nordic operation is an important reason to our success. We have been focusing on finding best practice throughout the group. We have a saying: “One mistake in one cinema, one success in one cinema”. Receiving this award I believe symbolizes that we have succeeded in our efforts.

CJ: What are some of the key characteristics of the cinema industry in the Nordic countries that people would be surprised to learn?

Jan Bernhardsson: Some interesting curiosities are that in the Baltics animated movies are very popular and in Finland cinema-goers seem to be quite influenced by the director, Tim Burton for example being very popular. Norwegians tend to have a bit of a sweet tooth and are very fond on buying concessions.

CJ: What synergies are you achieving from your presence across the Nordic markets?

Jan Bernhardsson: We are focusing on best practice and we try to copy success stories throughout the group. Finns are for example extremely good at building new cinemas and Norwegians are good at concession sales. Combining those qualities is what makes us great as a group.

CJ: You don’t (yet) have operations in Denmark or Iceland. Do you see opportunities here or would you consider territories outside the Nordic and Baltic market?

Jan Bernhardsson: We see significant potential for expansion in our existing markets, and that will be our focus in coming years. We are also looking at new markets, but have no concrete plans to share right now.

CJ: Nordic Cinema Group majority ownership recently changed from Ratos to Bridgepoint – how are they as owners and what are their expectations from you?

Jan Bernardson: I’m very happy about getting Bridgepoint as a partner and owner of Nordic Cinema Group. They have extensive experience from the film industry and will bring valuable resources and expertise to the group in this exciting journey that we are making. Our previous three strategic focus areas remains: To further develop the cinema experience, to leverage on our combined strengths and to pursue expansion opportunities.

CJ: Does the change of ownership mean that the discussed IPO has been post-poned?

CJ: Sweden’s Minister of Culture recently announced that she is scrapping the 10% film support charge levied on cinema tickets and replacing it with 25% VAT charge. Given that Sweden already has relatively high cinema ticket prices, how do you see the potential impact of this?

Jan Bernhardsson: We are of course surprised and very worried about this suggestion from the Minister. The consequences will be very negative for Swedish film, film creators and not least the Swedish moviegoers. I am especially worried about the effects for smaller cinemas.

CJ: What are some of the other challenges in the other Nordic markets where you are present and which issues do you see as common for all countries?

Jan Bernhardsson: I see the questioning of the cinema as a premium release window as a great and common challenge. The cinema is becoming increasingly important for the film industry as a whole as we account for almost half of all retail revenues in the industry, and our share of total revenues is expanding. The cinema is therefore important both for the consumers and filmmakers to ensure financing of new film productions. The exclusivity in the movie-going experience is crucial for the whole film ecosystem.

Jan Bernardson: we have a strong market position that is true, but there are other ways of watching films and there are also other kinds of out-of-home entertainment activities so there is no lack of competition. Our strong position calls for us to always act in a responsible way which I believe we do.

Jan Bernhardsson: Of course building relations to our customers is extremely important. We do this in many ways, some of them being by social media, loyalty clubs and our apps. I would say this is not only valid for young cinema goers but something that most consumer groups now expect us to deliver as a normal part of the cinema experience.

CJ: This autumn in Stockholm you are opening the first Imax cinema in the Nordic market. Do you see a potential for further screens and is doing your own premium large format (PLF) screen an option?

Jan Bernhardsson: We are very excited about opening our first Imax in November at the new Mall of Scandinavia in Stockholm. We are also going to introduce Imax to Norway in Oslo 2017 so there is definitely further potential. We are constantly looking at ways of developing the cinema experience and Imax is one of them, other formats may as well be interesting in the future.

CJ: Of all the new cinema technologies, laser projection, immersive audio, high dynamic range, motion seats, etc., which do you see having the greatest potential for your market and how do you decide when the optimal time to introduce them is?

Jan Bernhardsson: I think the most important thing is to focus on the overall cinema experience and all the technologies you mention are part of this, together with other factors such as for example service and location. You cannot just look at one of them, combined though, the potential is great for cinema in the future since we all know – there is no better way to watch a film than at the cinema.

Jan Bernhardsson: Looking at Excel-grids. I don’t know if it’s a surprise but I am a number cruncher and I love analyzing admissions, concession sales, programming schemes, investment cases etc. I see so much potential in those grids.