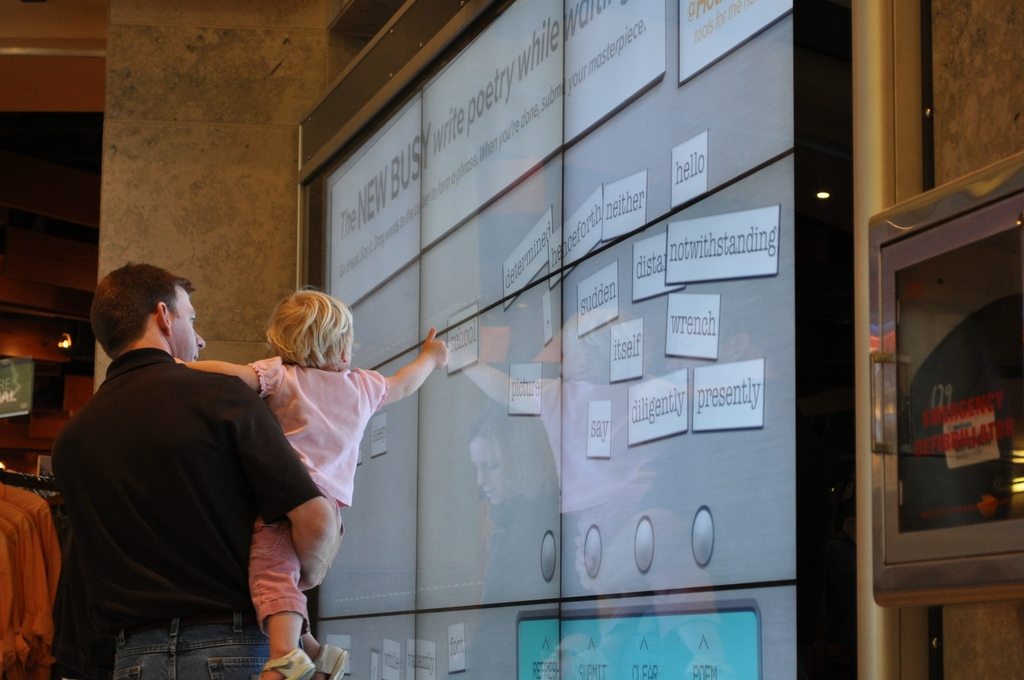 Cinema advertising major National CineMedia has together with Cinema Scene entered a joint-selling agreement with Adspace Networks for a major digital place-based network that will dominate movie theater lobbies in the United States. The move will create economies of scale and free up NCM to focus on the integration of Screenvision’s on-screen cinema advertising network.

Under the terms of the deal NCM’s Lobby Entertainment Network (LEN) and Cinema Scenes’ cinema lobby  Trailervision network will be combined for a total of 1,687 theatres with around 3,600 lobby screens in 189 designated market areas (DMAs). The key aim of the alliance will be to target the sought-after but elusive millennial demographic, that traditional television ads do not reach sufficiently well.

“It makes perfect sense to join forces with the digital place-based experts at Adspace to incorporate our cinema lobbies into a larger national digital place-based network, in addition to continuing to include the LEN in our own integrated on-screen, on-site, online and mobile cinema advertising offerings. As NCM increasingly focuses on the video marketplace, the Adspace management team’s focus on selling the on-the-go consumer to the digital place-based media industry will now give brands an even easier way to reach our combined audiences nationwide.”

The combined network will feature three types of displays, including 52-inch portrait monitors, 42-inch landscape monitors, as well as 138-inch video walls. These will show ads on a four-minute loop for greater frequency, with trailers and behind-the-scenes footage in between the adverts.

It is the targeting of this key demographic that is the raison-detre for the network, as the press release explains:

This new combined network provides an efficient way to reach light TV viewers who are affluent, busy, outgoing “Swayable Shopaholics,” and represent a truly desirable demographic. In fact, moviegoers (saw a movie in the past 90 days) and mall shoppers (visited a mall in the past 30 days) are 30 percent more likely to fall into the lightest TV viewing quintile (Index 130 against all adults). Importantly, malls and theaters are also particularly strong when TV is weak during summers and weekends.

More importantly, the network will be included in the Nielsen Place-Based Video Report, which is a quarterly industry standard that measures audience exposures for video networks in place-based locations. This will take force from the beginning of the second quarter of 2014. It is another step in allowing adverts in cinemas and malls to be measured using analogous television metrics that most agencies and brands are used to and prefer.

Why NCM Is ‘Surrendering’ Multiplex Lobbies

NCM’s reasons for surrendering the selling of ads in the lobbies where it is contracted is clear. Despite having to take a cut in the percentage, it hopes to grow the overall pie through the involvement of AdSpace while absorbing and neutralising any competition from Cinema Scene’s Trailervision. At the same time it can still contribute connections to the film industry for trailers and other non-ad material for the displays. So it definitely won’t be losing money on the deal.

At the same time it retains control and can cancel or re-negotiate terms in the future, which is better than buying, selling or merging its lobby unit outright. It is also unlikely that this joint-selling agreement will be held up by any competition authorities.

Above all the deal allows for NCM to focus on its integration of Screenvision (assuming the deal is approved – which is likely). Interestingly Screenvision and Cinema Scene’s Trailervision signed a partnership agreement in 2009, so this current joining of forces has only been enabled by NCM’s recent Screenvision acquisition.

It’s not clear, though, where this leaves NCM’s deal from last year with Monster Media for interactive displays (pictured top) and whether these are separate, subsumed or already terminated. The deal between NCM and Shazam is separate and will not be affected, even though Shazam’s technology works for lobby displays as well as the big screen.

NCM will be presenting next Monday at this year’s Cannes Lions, where SAWA (the Screen Advertising World Association) is holding its annual and highly popular seminar on innovation in cinema advertising.