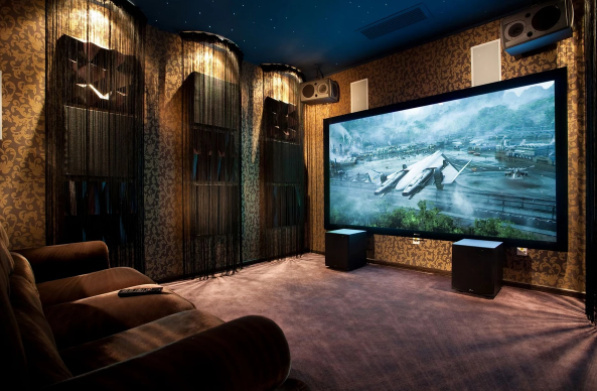 Despite the recent box office success of the Chinese New Year festival, the long term growth of the market is not assured, due to over-building and lower cinema attendance in Tier Three to Five cities. Because of this hopes are pinned on the rapidly growing on-demand cinema market, sometimes also called ‘private cinemas‘, of which there are an estimated 6,000 to 10,000 across China. New government regulation looks set to make this sector as professional as regular multiplexes, with the hope that it can contribute to audiences having access to a greater variety of films in an out-of-home environment.

On-demand cinemas have mushroomed in the shadow of mainstream multiplexes, but since the slump of 2016 there have been concerted efforts for them to be regulated, become more corporate and for revenue to be counted towards the national BO. Regulations were first mooted a year ago with the introduction of the new media law on 21 April 2017. Now there is a document specifically dealing with on-demand cinema issues. “The industry believes that the new regulations will provide strong policy support for the sustainable development of the on-demand theater industry,” says China Daily. “The industry will bid farewell to the gloomy operation of the original growth phase and move toward formal legalization.”

Yet implementing such regulation will not be pain-free, with too many existing small operations that do not abide by copyright, health & safety regulations or technical standards. There is predicted to be a closure and consolidation phase ahead as bigger industry players expand in the on-demand cinema market. Yet their appeal is undeniable.

As China Daily notes, “Compared with traditional commercial theaters, on-demand theaters are highly sought after because of their many advantages such as privacy, freedom, luxury, and flexibility.” They typically seat two to ten people in a purpose-built high-end home cinema type of room, with a video juke box selection of content and ordering of food and drinks. The rooms interiors are often design driven and bookings and payments can be made via customer’s smartphones.

On-demand cinemas are part of a greater social trend for out-of-home leisure activities in urban China that also includes KTV (karaoke bars), internet cafes, gaming halls, VR arcades and other mixed business models. With several thousand on-demand cinemas already operating – albeit of various quality and compliance – and with an average of ten rooms per operation, it means that on-demand cinema auditoriums already outstrip that 41,000 official cinema screens in China. They are also estimated to have higher occupancy rates and greater average spends, even if overall numbers are smaller.

Investment costs for on-demand cinemas are lower than regular cinemas, with a 200 square meter (2,150 sqft) operation costing around one million yuan (USD $160,000) to build. Yet many of these operations have typically been housed in offices or event residential buildings that don’t comply with fire and safety regulations. Equally importantly, many of them stream content illegally from the Internet without paying IP rights holders or tax or reporting earnings. This did not escape the authorities’ notice.

The soon-to-be-abolished media regulator SAPPRFT has issued a document called “Regulations for On-demand Cinemas and On-demand Theatres” that will come into force on 30 March this year. The document spells out the definition of on-demand cinemas, copyright stipulations, and the qualification review process. According to 36KR these regulations include things such as:

The provision for two-thirds of the content to be domestic Chinese is seen as an effort to create a bigger audience and market for local productions. With around 1,000 films produced in China each year, only around half of them are ever screened in cinemas and many of these have only limited outings on the big screen. On-demand cinemas could thus provide a secondary outlet for films that don’t get play time on the big screen. This also includes second-run films, classics, foreign and art-house releases. Though imported films will still have to abide by Chinese censorship and classification requirements, while it is not clear if they would be exempted form the annual import quota restriction.

An example of the new type of professional companies looking to dominate the on-demand cinema market and push out the mom-and-pop operations is BesTV Digital Cinema Line that runs the Aurora on-demand cinemas chain. Having launched in 2016 the company currently operates around 50 on-demand cinemas, with a further 80 locations signed and plans to open at least 100 new locations in 2018. The Aurora brand has the backing of Oriental Pearl Group and BesTV Digital Cinema Line. It is fully copyright compliant and claims to meet the new specifications laid down by SAPPRFT.

The company’s co-founder told Hexun that he expects SAPPRFT (or its replacement) to initially approve three to five on-demand theatre operators, of which Aurora expects to be one of them. He also says that “the next six months will be a period of rapid development of the industry, and may see 90% of existing stores faceing closure due to non-compliance, and mergers or acquisitions between on-demand theaters will become the norm in the industry.” He expects that by 2019 China will see the emergence of large-scale and strong brands in the on-demand cinema space.

Interestingly the concept of on-demand theatres is slowly taking root even outside of China, with South Korea’s Megabox having recently launched an eight-screne private luxury on-demand cinema, while in the United States Emagine Royal Oak features a private cinema concept where the patrons control the film, audio and lighting, as well as having table service. There may be a larger global market for well regulated on-demand cinemas than just the one in China, but it is clearly another example of how China is setting the agenda for larger cinema issues today.