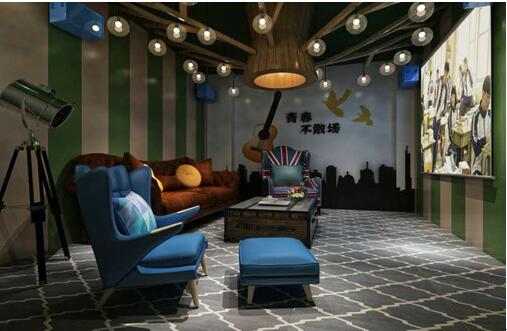 The introduction of a new media law on 21 April by media regulator SAPPRFT could see China’s box office count grow significantly, by including earnings from the country’s numerous private cinemas. The new law offers legitimacy to the previously grey market, which is starting to attract interest and investment from major players, offering it a chance to go legitimate. However, the move can also be interpreted as a way of bolstering the country’s box office at a time of flat-lining takings for China’s regular cinema sector.

China’s private cinemas, also known as micro-cinemas or on-demand cinema, are establishments with several rooms with high grade home cinema equipment and a ‘jukebox’ like selection of films and other content for couples, families or small groups. They typically also offer food and drinks services and charge on a per-hour basis, rather than per film or spectator, similarly to karaoke parlours. They are effectively a secondary market for older films or films that do not get a theatrical release, including art-house and independent films.

Under the new regulations published by SAPPRFT legitimate private cinema establishments will need to:

The move has been welcomed by the companies that are staking an early claim to the private cinema market. “We have waited more than six years for the 21st of April document” from SAPPRFT, said Zhao Jinhai, director of Amy 1895 Movie Street. “From single screen cinemas to multiplexes, private cinemas are the third revolution in the history of Chinese films,” he is quoted as saying by Entertainment Capital.

“The number of private cinemas is now growing at a rapid pace, which is proof of the prospects and potential of the industry,” a recent editorial in xxcmw noted. While the private cinema sector has existed for many years, it is now facing domination from a handful of companies looking to replicate what Wanda, Dadi and Stellat have done for the multiplex business. These are looking to push out small independent, as well as less scrupulous operators that set up operation in residential buildings, by offering clean and modern spaces with a high level of choice of (legal) content and comfort, as well as good projection and audio.

The largest operator Poly Space (The Meeting Place) already has over 300 venues across China, while Amy 1895 Movie Street (IVIMovie) has over 100 venues (click here for a selection of photos of some of its spectacular rooms) and is expected to be amongst the first operators to be granted a licence. Recently it was announced that BesTV is aiming to launch over 400 private cinema venues with over 2,000 rooms/screens. Love Mu claims to be “China’s largest O2O private cinema alliance”, with presence in 25 cities. Private cinemas’ biggest impact of private cinemas could be felt outside of Tier 1 and 2 cities, where it can create a cheaper second circuit to mainstream cinemas, but could also potentially undermine the growth of regular cinemas.

However, there are fears about the impact for existing private theatres operations. “As provider of screening equipment to more than 600 private cinemas, I am very worried about this matter,” Dodge Information Technology Company CEO Guo Hongliang admitted. “We have not yet been given a notice of what the specific national standards will be, so in the current situation I’m afraid it’s not looking good.”

Guo estimates that 90-95% of existing private cinemas will not be able to meet fire safety, copyright and/or equipment standards and that checking and certifying over 4,000 cinemas by September is not feasible. Higher costs to comply with standards, such as fire insurance or paying for content (!) will also make many existing smaller operations unprofitable. Some estimates put the number of private cinema in China as high as 10,000.

As well as trying to regulate a rapidly growing market, the move by Chinese authorities to confer legitimacy on private cinemas is also an attempt to salvage the box office fortunes of the country’s cinema sector. By recognising private cinemas as second-run theatres, earnings (minus service and F&B charges) can be counted towards the national box office. Earlier this year Chinese authorities began counting service charges levied on online purchases of tickets for regular cinemas as part of the box office, leading to an artificial boost of China’s box office numbers in 2017, after the growth fell to just 3.73% in 2016. Including private cinema earnings in the national box office will make it more difficult to make year-on-year comparisons.

Yet there can be no doubt about the very real growth of the private cinema sector, even as the regular cinema sector undergoes significant consolidation (Dadi and OSGH, Wanda and Bona, etc.) in the face of new cinema openings significantly outpacing box office growth and a failure of break-out local hits this year.

This year saw the first trade show for China’s private cinema industry on 15 May in Sanya, attended by 75 companies and 118 delegates, as well as the formation of the Chinese Private Cinema Union (CPCU). Efforts to organise are seen as critical to the market’s future growth a prospects. “In the cultural consumption upgrade and the national cultural industry development strategy background, the government tolerates the enterprise to do more innovation, the private cinema in the pan-entertainment era will lead the future entertainment trend,” Beijing Academy of Social Sciences Institute of media research director Guo Wan Chao is quoted as saying. “But before that, the [private cinema] alliance has to solve some bottlenecks, such as industry self-regulation, the formation of influence, and improve the policy environment.”