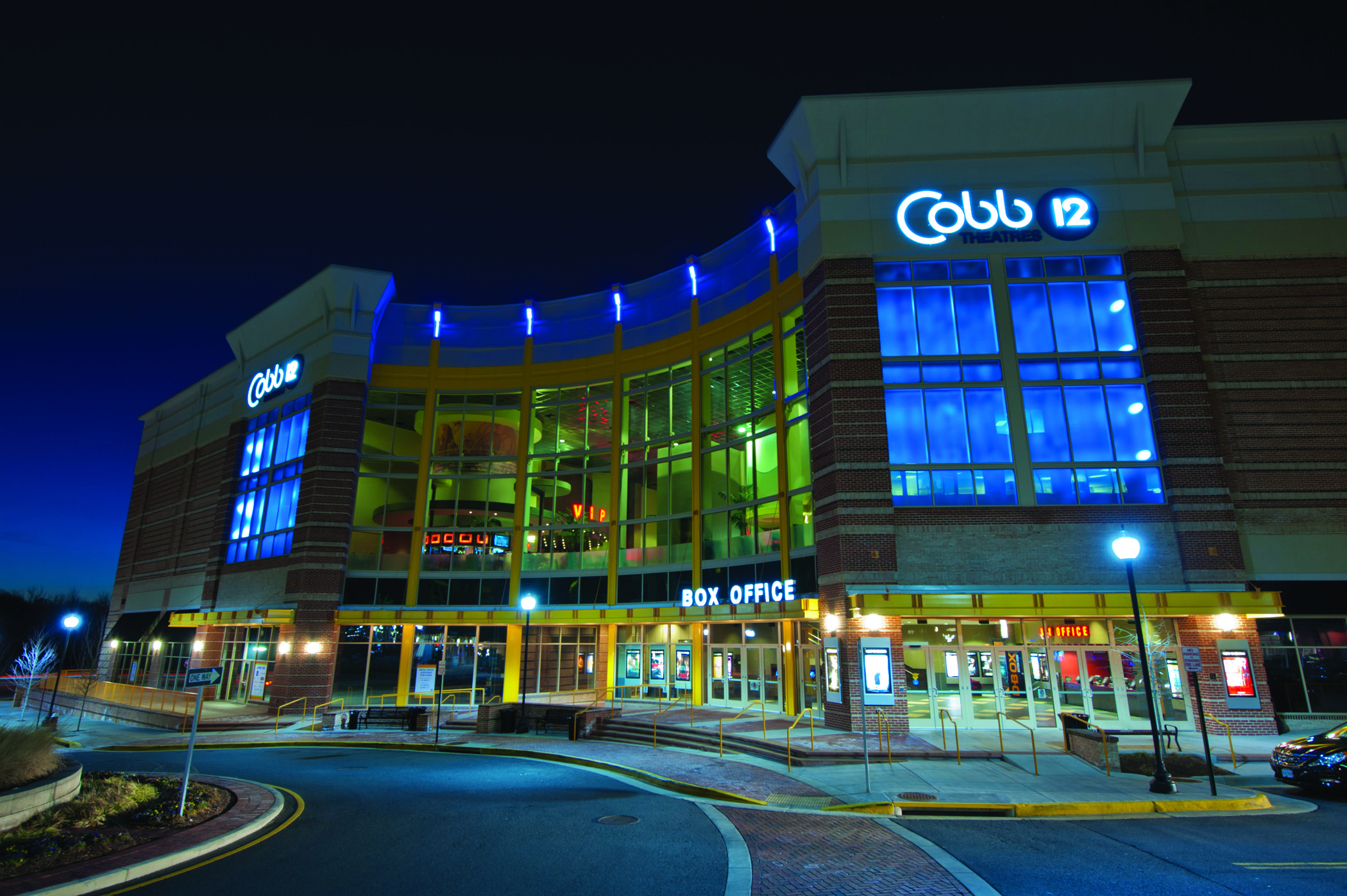 Dear Junkies, We are still catching up on the backlog of news from September, so there is both old and new items in this issue, but hopefully something of interest: Cinemex buys Cobb; Kiwis have faith in cinema; Emagine launches private theatre; why MoviePass is good for AMC; Stephen Follows on windows; Spanish cinema up; Vue’s “Blade Runner” on ‘discs’; slow Q2 for Indian cinema; PVR launches P[XL]; Latvia’s Multikino profits; Tamil Nadu permits price hike; man pukes on children in cinema; French youth stabbed at UGC; Korean cinema advertising and access; blind cinema. Enjoy!

USA (FL) – Cinemex has acquired US cinema chain Cobb Theatres through its CMX Cinemas subsidiary. Cobb has 25 locations and two under development, mostly based in Florida and southeastern US states. The deal will make CMX the eight largest exhibitor in the US, with 30 sites and 342 screens. CMX opened its first cinema in Miami in April this year. Orlando Sentinel – 6 October 2017

New Zealand – Cinema is doing well in New Zealand, which has a higher per-capita screen density than UK or Australia (but less than US). Cinema operators are investing in upgrades and new screens, with 60% of those surveyed not seeing Netflix et al as a threat to cinemas. “Despite the immediate and convenient accessibility of film and television online, watching a classic film like Alien on your laptop or TV bears no comparison to the experience of watching it on the big screen, in a room full of film fans,” says Marketing manager at the Roxy Cinema (above) in Miramar Erica Brooks. Stuff – 25 September 2017

USA (MI) – Emagine has launched a private cinema concept that allows customers to pause a movie and control the volume and lighting, as well as ordering food and drinks, in a luxury setting. The private screening room at Emagine Royal Oak charges USD $599 for a first-run title and USD $399 for other streamed content. It seats up to 30 people. Netflix, Hulu, HBO or sports can all be streamed. Emagine is planning another private theatre in Emagine Palladium-Birmingham this year, and two more next year. Mlive – 25 September 2017

USA (NY) – This ‘AMC Is A Strong Buy’ is actually a detailed and very good analysis on the possible impact of subscription models like MoviePass having on movie going.

Many analysts have argued that MoviePass is destined to be the winner of this battle. I would say the outcome is not clear at all. In the early stages, the theaters and Hollywood will be the clear winners.

There are further good observations, such as the lack of barriers to entry for another player to compete with MoviePass (only deep pockets required), with the conclusion that MoviePass is likely to be good for AMC’s bottom line in terms of BO and concessions. Seeking Alpha – 27 September 2017

Spain – Spanish cinema is up 5.3% so far this year on 2016. 9,861,899 tickets have been sold so far this year the Institute of Cinematography and the Audiovisual Arts (ICAA) reports based on Rentrak statistics. 13.8% of this is from Spanish films. The ICAA has also launched a search engine for films in its database. Good news as VAT is set to fall for cinemas in Spain next year. 20minutos (ES) – 25 September 2017

UK – Technical problems in relation to a “Blade Runner 2049” preview screening at a Vue cinema in Carlisle. Most likely a KDM issue (as it was a preview), but interesting to see that the article blames the problem on “disc wouldn’t play.” Vue called it a ‘technical difficulty’ so journalist most likely got headline from a Facebook post: “Lee Carr wrote on Facebook: “Carlisle Vue cinema projector not working with BladeRunner discs. No showings until further notice. Welcome to Carlisle.”” News and Star – 9 October 2017

India – PVR has launched its own premium large format (PLF) brand called P[XL] or Premium XL. “The first P[XL] has been launched at Mani Square in Kolkata. The company aims to have 10 such screens in the next 12 months.” The installations use two 4K projectors and Dolby Atmos sound. The first screens to be installed will be in Mumbai and Bengaluru.. PVR has an overall goal of 100 million annual visitors within the next two years and 1,000 screens by 2022. Economic Times – 20 September 2017

Latvia – Multikino is not just big in Poland but carving out a profitable chunk in the Baltci states as well. “The owner of Multikino multiplex cinemas operated at Riga Plaza last year posted EUR 3.29 million in sales, up 12.2% from a year ago, while the company’s profit rose 53.2% to EUR 698,633, informs LETA, according to Firmas.lv business database.” Multikino Latvia opened in 2010. Baltic Course – 25 September 2017

India – The south Indian state of Tamil Nadu has permitted cinemas to increase ticket prices to INR 160 (USD $2.45) in Chennai and INR 140 (USD $2.14) in other parts of the state, in return for ending the strike over double taxation from GST and Local Body Tax. All tickets were previously capped at INR 120 (USD $1.84). “The revision was made by the High Level Committee Meeting comprising of government officials, representatives from the Tamil Film Chamber of Commerce, and the Tamil Film Producers’ Council. (ANI).” India.com – 7 October 2017

UK – A man looking after three children downed a bottle of vodka at a screening in Showcase cinema in Birstall. “He then left the screening and staggered back into the wrong film – attempting to sit on a seat already occupied by a child before throwing up on another youngster.” He was escorted out of the cinema but remembered that he was supposed to be looking after other children. Police were called. The case is now in court. Huddersfield Examiner – 6 October 2017

France – A youth was stabbed twice in the head with a kitchen knife at a screening of “It” in a UGC cinema in Lille. The weapon was described as “a kitchen knife as large as half a policeman’s forearm. ” The attacker escaped and discarded the weapon on the roof of a building next door. La Voix du Nord – 27 September 2017

Korea (Republic of South) – There are only 150 cinema seats with disabled access in the whole of Korea, representing just 1.76% of all cinema seating. Many sites also lack automatic doors and lifts. Not just cinemas buts also culture and sporting facilities come in for criticism in the study by the Ministry of Culture, Sports and Tourism. The Korean Big Three have also come under criticism for showing a less diversified slate of films year-on-year. News1 (KR) – 8 October 2017

Australia – Here is an unusual approach to audio description in cinemas. Blind Cinema is an performance art piece created by Britt Hatzius that has been presented at festivals all over the world.

While I sit blindfolded, three children aged between 9 and 11 take a turn each whispering what they are seeing into the tube, so I have to rely on their description and my own imagination to “see” the film.

The children have never seen the film before, so as they narrate the film there are pauses as they try to find the words to describe what is happening in front of them.

Each of the three children have a very different approach to describing what is happening on the screen. Fascinating idea, but not sure it will catch on in multiplexes. SMH – 24 September 2017