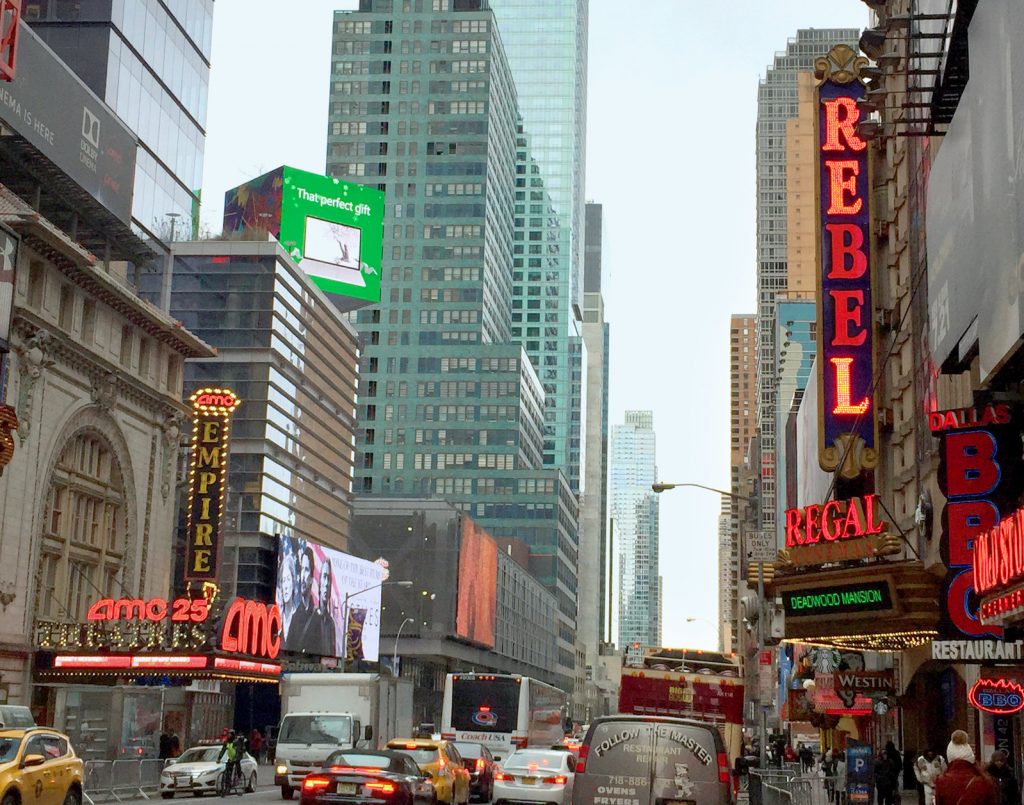 All Star Wars, All the Time, Only at Regal

Regal Entertainment Group, a leading motion picture exhibitor owning and operating one of the largest theatre circuits in the United States, announces that Regal E-Walk Stadium 13 in Times Square has been transformed to the official Star Wars Command Center as we return to a galaxy far, far away with the highly anticipated “Star Wars: The Last Jedi.” Be a part of the rebellion as we take down the evil Empire with Star Wars screenings 24 hours a day on all screens at E-Walk this weekend. Also, join the fun with the Star Wars Marathon, Fan Event and other experiences. Star Wars: The Last Jedi, directed by Rian Johnson and distributed by Walt Disney Studios Motion Pictures, will be released in theatres on December 15.

“At Regal, we are thrilled to make E-Walk the non-stop Star Wars destination,” said Ken Thewes, Chief Marketing Officer at Regal Entertainment Group.  “The Force is strong at E-Walk where fans can experience Star Wars in 4DX, RPX, 3D, VR or traditional 2D screenings, in the comfort of our new luxury recliner seating.”

All moviegoers will receive a collectible ticket when they join the rebellion at Regal E-Walk Stadium 13 and take part in one or all following Star Wars experiences:

To learn more about all the exciting Star Wars experiences at Regal, please visit https://www.regmovies.com/promotions/star-wars-special-events.

About Regal Entertainment Group:
Regal Entertainment Group (NYSE: RGC) operates one of the largest and most geographically diverse theatre circuits in the United States, consisting of 7,315 screens in 561 theatres in 43 states along with Guam, Saipan, American Samoa and the District of Columbia as of September 30, 2017. The Company operates theatres in 48 of the top 50 U.S. designated market areas. We believe that the size, reach and quality of the Company’s theatre circuit not only provide its patrons with a convenient and enjoyable movie-going experience, but is also an exceptional platform to realize economies of scale in theatre operations. Additional information is available on the Company’s website at www.REGmovies.com .