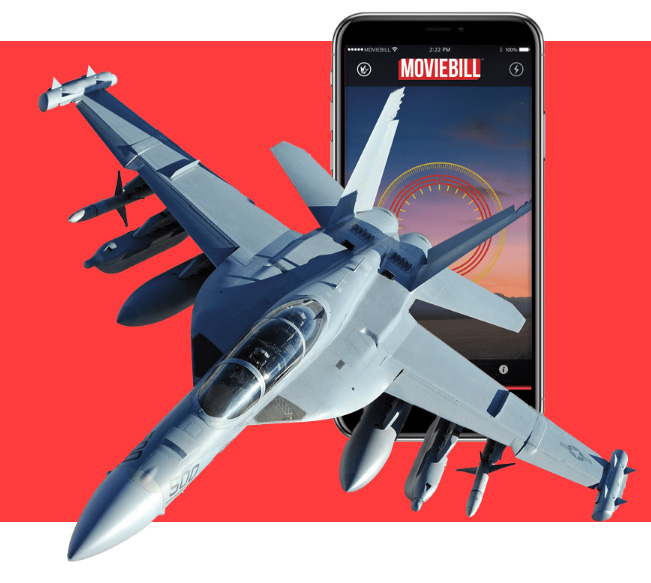 Concourse Media’s principals Matthew Shreder and James Andrew Felts’ announced today, that this Friday, at Regal Cinemas nationwide, ‘Ready Player One’ opening weekend audiences will be the first to preview a trailer for Moviebill, the cutting-edge Augmented Reality (AR) platform.

Moviebill is a collectible magazine with accompanying mobile application for the ultimate movie-watching experience: 28 pages packed with exclusive content focused on the cover-story blockbuster movie’s opening weekend. Moviebill was created to celebrate and expand the movie-going experience, offering for the first time to moviegoers an innovative AR experience that fans can enjoy alongside their family and friends interacting with their favorite films in a previously impossible way.

“Moviegoers always have been a highly coveted and loyal consumer, especially the opening-weekend moviegoer, they are always looking for what’s next and are often looking to be surprised and delighted, and with Moviebill, we are bringing the magic back to the moviegoing experience, said Moviebill co-founder Matthew Shreder. “Moviegoers expect the highest level of entertainment and Moviebill provides the opportunity to deliver more value and excitement to opening-weekend consumers while providing some of the industry’s greatest return.”

“This weekend ushers in a new era for the blockbuster opening-weekend moviegoer, who will be among the first to see the trailer that showcases Moviebill’s offering,” added Shreder. “Finally, the movie doesn’t have to end, moviegoers and fans armed with Moviebill will finally have a collectible product that immediately and forever expands upon the big screen movie-going experience in the theater.”

“Soon, for the first time, moviegoers at the theater and home after the movie ends will be able to scan and engage with premium content on Moviebill, and instantly be treated to exclusive behind the scenes footage for each specific film that Moviebill covers,” added Shreder.

Regal Cinemas’ mobile app will be the first to host Moviebill’s proprietary image-recognition technology that brings content to life through AR experiences, creating a multi-faceted, seamless online and offline experience. Moviebill will be available on more than 8 million users’ devices at launch, making it the largest entertainment-focused augmented reality platform to date. In the mobile app, moviegoers can unlock interactive experiences with the characters and worlds that inspire and excite them via 3D characters, 360-degree videos and three-dimensional worlds. Moviebill’s website will also offer additional articles that deepen their understanding of films covered in Moviebill and the process of bringing them to life.

“Moviegoers are still movie lovers after they leave the theater. As the biggest AR platform ever offered for consumer use, Moviebill not only enhances the magic of being at the movies but also serves as a destination for fans to carry home with them after leaving the theater, said Moviebill co-founder James Andrew Felts.

Audiences at Regal Cinemas will have exclusive access to the limited run of each issue, which will be handed out to audiences starting on opening night of each movie covered. Moviegoers will receive their Moviebill from directly from ushers when their ticket is taken, giving them time to explore materials both on the page and in the AR space as the movie begins. After the film, moviegoers can dig into the movie further with revealing videos, interviews and behind-the-scenes footage that continue after the cinema experience ends. Additional posters, banners, and other in-theater displays will offer readers the opportunity to unlock new and different experiences beyond the pages of Moviebill.

“Each Moviebill is designed as a collectible souvenir that is meant to go home with the moviegoer,” continued Felts. “Each edition of Moviebill will feature exclusive cover art for the featured movie and will be individualized with the local theater name and copy number.”

“We are excited to be working with the major film studios to provide exclusive augmented reality experiences related to behind-the-scenes features, deleted scenes, games, talent commentary and other special content for the largest and most anticipated movies of the year,” added Felts.

With a seven-figure circulation commitment per edition, Moviebill will be one of the largest-circulated physical entertainment media outlets at launch to an audience. Moviegoers have demonstrated that they are among some of the most-engaged and selective consumer groups, and those who attend an opening weekend showing of a film are also considered deeply devoted movie fans, early adopters of technology and influential opinion leaders.

About Moviebill
Moviebill is an entertainment print, mobile and online media platform that utilizes Augmented Reality technology to bring content to life for the biggest movies of the year. Created by Concourse Media principals James Andrew Felts and Matthew Shreder, Moviebill offers moviegoers exclusive content and interactive experiences nationwide through their studio and cinema partnerships. Each edition of Moviebill is tailor-made to one of the most highly anticipated blockbuster movies of the year and is hand-delivered directly to each moviegoer at the cinema. Shreder and Felts run a multi-faceted entertainment group which manages three separate divisions: film distribution company Concourse Film Trade, creative marketing and audience engagement firm I&Co, and moviegoer experience company Concourse Cinema Ventures which operates Moviebill. Felts and Shreder have distributed over 30 feature films in their tenure as entertainment executives.

About Regal Entertainment Group
Regal Entertainment Group (NYSE: RGC) operates one of the largest and most geographically diverse theatre circuits in the United States, consisting of 7,321 screens in 560 theatres in 43 states along with Guam, Saipan, American Samoa and the District of Columbia as of December 31, 2017. The Company operates theatres in 48 of the top 50 U.S. designated market areas. We believe that the size, reach and quality of the Company’s theatre circuit not only provide its patrons with a convenient and enjoyable movie-going experience, but is also an exceptional platform to realize economies of scale in theatre operations. Additional information is available on the Company’s website at www.REGmovies.com.