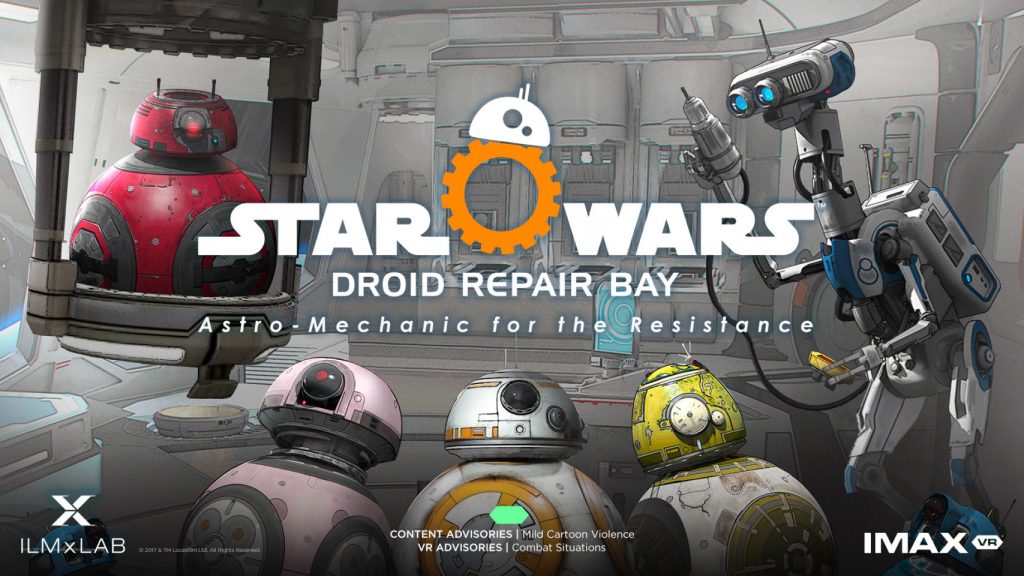 Regal Entertainment Group, a leading motion picture exhibitor owning and operating one of the largest theatre circuits in the United States, in partnership with IMAX, unveiled the new IMAX VR Centre at Regal E-Walk Stadium 13 & RPX in Times Square, New York City. Regal’s new IMAX Centre is one of only six in the world, and invites guests to experience other worlds with immersive, multi-dimensional virtual reality experiences, including movie entertainment content and games.

The mind-shattering IMAX VR experience will be available at E-Walk starting today, and Regal looks forward to sharing the state-of-the-art technology with its guests. The Centre features a unique combination of premium technology and world-class content that lets users see, feel, move and play in new worlds in a powerfully immersive and realistic way, just as Regal’s IMAX theatres offer moviegoers a differentiated and best-in-class film experience. With groundbreaking VR headset technology, 360-degree sound and sophisticated room tracking, players will be instantly transported into new interactive virtual worlds that are more realistic than anything imaginable.

“Regal strives to offer the ultimate in cutting-edge technology, and this VR Centre is unlike anything our guests have experienced,” said Ken Thewes, Chief Marketing Officer at Regal Entertainment Group. “Our partnership with IMAX allows us to offer virtual reality options that are in high demand with today’s movie fans, and create bigger and better opportunities for our guests. The IMAX VR Centre is a huge technological leap, and a fantastic advance for the Regal experience.”

The Centre, which will be located on the fourth floor of the Regal E-Walk Stadium 13 multiplex, employs a new design – proprietary to IMAX – to allow multiple players to enjoy highly interactive, exciting, moveable VR experiences in an extremely social environment. The Centre will consist of two “pods,” which are designed to optimize user mobility and interaction in virtual environments and can be adapted for specific content experiences – whether single or multi-user, as well as a GloStation – a new hyper reality escape room VR experience that allows up to 4 players at a time to compete as a unit with free-roam mobility.

“We look forward to expanding our longstanding partnership with Regal to usher in the next evolution of immersive entertainment – starting with the launch of IMAX VR at one of its most prominent multiplexes,” said Mark Welton, President, IMAX Theatres.  “As one of the most heavily trafficked tourist destinations in the world, Times Square is an ideal location to introduce IMAX VR to a wide range of audiences from all over the world.”

The VR Centre will continually feature an array of new, premium interactive content experiences that are each expected to range between eight and 15 minutes in length. Regal looks forward to sharing this innovative technology and offering crowd-pleasing experiential opportunities at E-Walk throughout the holiday season. Paired with luxury recliners and a continually expanding concession menu, the theatre is raising the bar for movie fans everywhere.

IMAX is headquartered in New York, Toronto and Los Angeles, with additional offices in London, Dublin, Tokyo, and Shanghai. As of September 30, 2017, there were 1,302 IMAX theatres (1,203 commercial multiplexes, 11 commercial destinations and 86 institutions) in 75 countries. On Oct. 8, 2015, shares of IMAX China, a subsidiary of IMAX Corp., began trading on the Hong Kong Stock Exchange under the stock code “HK.1970.”