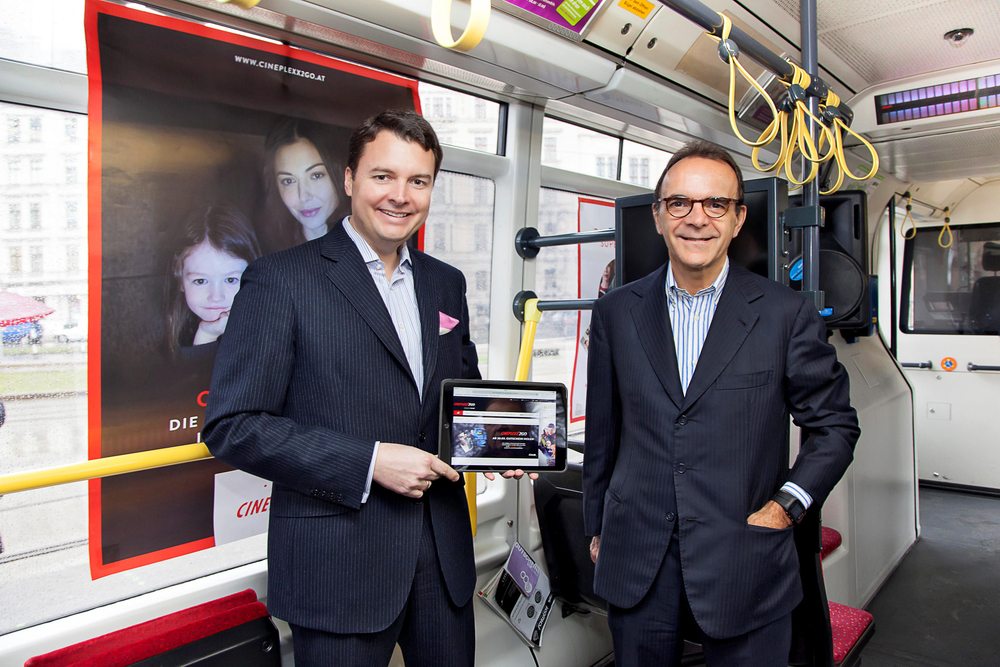 The boundaries between cinema and video-on-demand (VoD) in Europe are blurring further, with the parent company of Austria’s Cineplexx exhibitor announcing its Cineplexx2Go VoD service.

While VoD services are already offered by exhibitors such as UK’s Curzon Cinemas (Curzon on Demand) and Landmark’s Magnolia in the US, Cinemaxx is not an exclusively art-house but a major mainstream exhibitor in Central and Eastern Europe – similar to Pathe in Holland and SF in Sweden, who have similar VoD services – though like Curzon/Landmark its parent company also has a film distribution arm. It demonstrates that exhibitors see benefits in multi-platform distribution when it can increase customer loyalty, particularly when tied to ‘super tickets’ and loyalty schemes.

Owned by distributor Constantin Film, Cineplexx (not to be confused with Germany’s independently owned Cineplex) is the largest exhibitor in Austria, as well as having cinema in Italy (in German-speaking Südtirol), Croatia, Serbia, Slovenia, Montenegro, Macedonia and Albania with a total of 280 auditoriums across 36 multiplexes and six traditional cinemas.

The Cineplexx2Go service is powered by Italy’s Chili.SpA, with over 1,300 titles available to rent or buy on launch.

The service is available on smart TVs, gaming consoles, PCs, tablets, smartphones and even Kindles. The aim is for the Cinplexx2Go library to eventually hold over 6,000 titles.

The press release makes clear the company’s ambitions to be a major player in the VoD space:

In cooperation with all the film studios we can guarantee a constantly updated range of international as well as local Austrian products. New titles will be available at the same time as the Blu-ray and DVD release of the film on Cineplexx2Go to stream or download.

Titles will thus typically be available four to six months after their cinema opening.

While Cineplexx has not announced any plans for day-and-date releases of titles across both cinemas and VoD, the company has launched the ‘Superticket’ concept, which point to potentially interesting synergies across the cinema and home.

The ‘Superticket’ allows viewers to buy a cinema ticket for a particularly film that is then also bundled with a pre-order of the film when it is available to stream on VoD. Cineplexx inaugurated the concept with an attractive offer of just 13 euro for a “Brenner Superticket” to local hit “Das Ewige Leben”, which also gives a promotion code to the three previous “Brenner” films: “Silentium”, “Komm, Süßer Tod” and “Der Knochenmann”.

The films are Austrian titles distributed by Majestic Filmverleih, so it will be interesting to see how this can be expanded to titles by Hollywood distributors. Most likely it will be possible, though not for such a cheap ‘introductory offer’ type of price. Germany’s Cinemaxx already previously offered a “Hobbit” ‘super ticket’ for 29.99 euro which a cinema ticket and streaming of all three parts of the “Hobbit” trilogy, while Canada’s Cineplex already offered a SuperTicket for Hollywood titles in 2013.

Holders of the Cineplexx membership card can register for Cinepless2Go and collect points, which can then be redeemed wither in the cinema or for VoD films. So while Cineplexx2Go has not decided to collapse all release windows along the lines of Curzon and Landmark, it points the way to how exhibitors try to capture audiences across more screens than just the big one. With similar services already offered by the likes of Pathe in the Netherlands and SF in Sweden, expect others to follow.