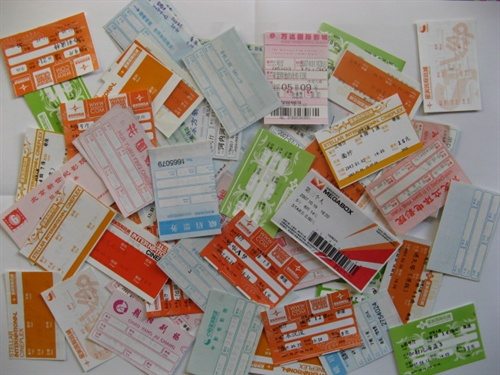 Is China’s cinema market larger than official figures suggest, due to box office fraud siphoning off 10% or more of its total value? Having looked last week at how micro-channel subsidies are inflating box office takings, it is time to look at box office spend that is collected but never reported.

Last year’s box office in China was reported to be CNY ¥29.64 billion (USD $4.82 billion), but the actual figure is now thought to be at least CNY ¥33 billion (USD $5.30 billion), according to reports in mainstream media. The difference between the two figures is accounted for by shrinkage that occurs when a ticket is sold to a film, but the cinema or employee does not log the sale or report it to the distributor or the relevant tax collecting authorities. The cinema or employee effectively takes 100% of the proceeds in violation of the rental terms of the film.

China Film Distribution and Exhibition Association and the China Film Producers Association have jointly been issuing bulletins that highlight cinema found out and fined for using ticketing software that allows them to divert takings. In 2014 this amounted to 15 cinemas in February, 11 in May and 17 in December. Yet media commentators in China said that it may have only been the tip of the proverbial iceberg.

The then government media body SARFT [now SAPPRFT] began cracking down in ernest on the practice of fraudulent box office in 2005 with the issuing of a “Cinema Ticketing Management System Computer Software Technical Specifications,” that was aimed at ensuring accurate reporting of box office takings. This was followed in 2013 with both a “Cinema Ticketing Management System Technical Requirements and Methods of Measurement” specification, which was then followed by an “On The Strengthening of Management Practices Movie Ticket Movie Market System Usage Notification.” Yet new cases of fraud continue to be discovered.

The central government has a strong interest in ensuring accurate box office reporting in order to collect tax on tickets sold, thus the effort to stamp out box office fraud. Yet even the introduction of multiple specifications, requirements and notifications has not eliminated the problem.

Part of the problem is that there are numerous ways of evading the official box office ticketing systems. As outlines in Beijing Youth Daily, these “diverse and subtle” methods include:

In addition to the movie ticket stubs and inconsistent screening times, the audience actually buy a ticket to see a piece of physical film, as well as the use of handwritten theater tickets, mimeographed tickets, paper tickets and other non-theatrical ticket ticketing systems. The box office is not reporting the sales into the computer ticketing system.

In addition, some of the more subtle “piracy” means are, for example, so-called “group private use,”non-registered “private use” where revenue is not included in the box office, but fall into the pockets of the theater; or manual entry in the ticketing system after the sale of “refunds”. Or when the audience is actually sitting in the auditorium, box office statistics shows the films as “bounced”; or put this money that should be included in box office revenues for” other purposes,” this includes accounting it as “in the mix of beverages, snacks, gifts of income”, all ways for the theater to pocket the revenue. In addition to regular tickets, there are pre-sold tickets, VIP tickets, tickets for members, etc. There are even some theaters that have installed several sets of computer ticketing system, which concealed evasion behavior from the “manual operation” by upgrading to the “System Operation.”

Compared to traditional disc-based (DVD or VCD) piracy, this sort of film “piracy” is considered more insidious because the audience has paid for the film and is not aware that they have unwittingly contributed to film distributors being ripped off. Enlight Media’s President Wang Changtian, who was honoured at CineAsia 2013 with the  Production & Filmmaker Award, put it bluntly that in 2013 alone more than CNY ¥50 billion (USD $826 million) was “stolen” at the box office:

Wang added that if film releasers did not make a profit, they would have no funds to make more movies; a vicious circle of film development.

Huang Ziyan, vice president of Le Vision Pictures’ distribution and marketing arm, also complained about the ticket sale structure, adding, “One ticket and one bucket of popcorn sell for 80 yuan, but theaters said the film ticket only costs 20 yuan and the other 60 yuan are for popcorn. How can you reason with them? “

The requirement for upgrading all national ticketing software is welcomed by distributors, but they feel that it will not in itself be enough. Many want to see stronger laws to enforce compliance and punish fraud even more severely.

Speaking in early 2014, Huang Ziyan said that, “We distributors have to have a good relationship with theaters in the long-term and we are not law enforcers, so we cannot do that much to fight them. The only thing we can do is to close an eye.” But now it seems that distributors are more prepared to act themselves.

Send in the Private Clipboard Army

Beijing Youth Daily has uncovered that leading film distributors are hiring veritable army of “market surveillance teams” that will go in and conduct random “cinema ticket supervision’. China Film Group alone is said to have as many as 1,000 “scrutineers” personnel. Meanwhile Huaxia Film Distribution has more than 800 staff on its “scrutineers” team. The cost of these “scrutineers” is said to be CNY ¥80-100 (USD $12.80-$16) per person per day.

This means that only major film distributors are in a position to ensure compliance with rental terms, which means that smaller distributors are more likely to be defrauded. But with the “scrutineers” income still relatively low, it also means that potentially they can be “paid off” by cinemas to avoid being caught fiddling the box office figures. 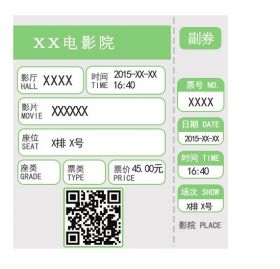 Authorities are increasingly pushing for QR codes on paper tickets and smartphone buying of tickets that links directly to central reporting. As reported on China’s IPRaction.com website:

There is another provision: consistent fare, whereby “movie ticket fares must be printed with what the audience actually paid for the price of a cinema for the ticket software to issue a movie ticket, and other fees paid by viewers should be publicized and other instruments issued. This provision includes a movie theater, and other business establishments of screening films. “

The issue is likely to grow in importance as the growth of the box office is becoming a point of national pride. With much speculation both inside and outside China about when (not if) Chinas box office will overtake that of the United States – as it briefly did in February (kind of) – box office piracy is making China’s cinema market appear smaller than it actually is. There is also a feeling that this fraud is disproportionally hurting domestic Chinese film productions, whereas financial losses suffered by foreign (i.e. Hollywood) distributors are of secondary concern.

Yet Beijing Youth Daily also correctly identifies that box office fraud is not so much the down to greedy and dishonest individual theatre managers, but a symptom and byproduct of the explosive growth of the Chinese cinema market in recent years.

However, behind all this type of “blowout” development there is inevitably also ‘blind’ expansion and disorderly development or redundant construction in the development of theater as well. At present, theaters in the top-ranking 10% of call cinemas bring in more than 80% of all box office revenue, while half of the lower ranking theaters are struggling to survive or are even mired in debt.

Consequences of theater and cinema’s “false prosperity” first emerged in 2014, when some large cinema theaters have begun to optimize its reorganizatio, and some large private movie theater industry groups focus on the development of the “prudent” or even “contraction” market scenario, which is obvious to all.

It is worth highlighting that the cinemas that have been named-and-shamed after being caught have typically not been part of the larger cinema chains. Wanda Cinemas even went so far as to publicly distance itself last year from a “Wanda” cinema that had been caught, not just stealing money at the box office, but also for using the Wanda name without actually being part of the Wanda network.

“In the long run,” BYD’s Beiqing Bao observes, “inaccurate box office data is unhealthy and is likely to affect the ecosystem of the entire movie market” in China. No one stands to gain more from eradicating box office fraud in China than the Chinese film and cinema industry itself.