CineEurope 2014 is just over a week away. It is the third year since the annual event moved on from Amsterdam and its previous incarnation as Cinema Expo. This year the show is busier than ever with a full four days of event, which Celluloid Junkie will be providing live reports and updates from.

In the run-up to the show we caught up with Jan Runge, the CEO of UNIC, the trade body of European exhibitors.

Celluloid Junkie: Cine Europe seems to have settled well into its host city of Barcelona. What should attendees expect to be new or different about the event this year?

Jan Runge: We could have not hoped for a better host city. The move to the Barcelona Convention Centre three years ago helped re-launch CineEurope and wee have seen attendance figures as well as support from our key partners grow year-on-year. This year, you can expect the highest level of studio participation in recent times – with film slates presented by leading European distributors next to those of our partners at the US studios. We will provide a cutting-edge and entertaining conference programme, including – for the first time – smaller and more informal ‘Focus’ sessions with industry leaders that will be hosted on the trade floor. The trade show will be as vibrant as ever, showcasing innovations in cinema technology, retail and services. Because of this exciting and at times demanding programme, we will this year extend the show to a full four days, culminating in a high-profile awards ceremony and dinner on Thursday 19 June. Be sure to book your travel accordingly.

All in all, we are confident that this year’s CineEurope will be a great event to attend – we will of course also show the main football games of the World Cup. Alongside all of this, Barcelona is one of the most attractive cities to visit around the World. People attending should know that the city will be celebrating Sant Joan, Barcelona’s midsummer celebration festival, on Monday June 23. If they stay, they are in for the exeprience of their life.

CJ: What are the big issues that you expect to feature in discussions at the show, on and off stage? 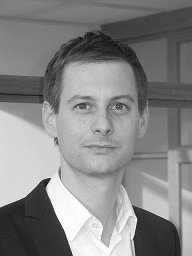 JR: We have experienced a sustained period of growth in admissions and box office across European territories over the past decades. With the transition to digital cinema now almost completed in most territories, the challenge is to maintain and grow attendance further by continuously upgrading and differentiating the cinema-going offer, not least vis-a-vis competing platforms.

I think we are all excited about the films that our partners from distribution will be presenting, while at the same time recognising that Europe is a fragmented market place that at times requires a more diverse and targeted film offer given the increasingly global motion picture value chain that of course influences the creative side. Closely connected are discussions around scheduling releases throughout the year as well as event cinema (‘alternative content’) and the success of local programming.

With regard to digital innovation, our programme this year will to a significant extent look into opportunities to upgrade the cinema-going experience and to reach new audiences by deploying innovative services in social media, mobile communications and data analytics and I would expect that many discussions will touch on these topics. Of course, the same goes for recent innovations in cinema technology, be they immersive sound, digital delivery, High Dynamic Range, laser illumination, 4D Cinema or other new developments in the cinema space.

Finally, we continue to tackle problems of film theft across Europe and face various challenges in the political realm, including potential cinema-related tax increases in various EU Member States and attacks on exclusive and sustainable theatrical release practices by policy makers who have a skewed perception of the economics of cinema.

CJ: With the exception of Italy and eastern Europe, 2013 saw a decline in cinema attendance across Europe. In your view, is this part of a cyclical or structural decline?

JR: Don’t forget the Netherlands, who can also claim a successful year, as well as Russia and Turkey, who are also members of the UNIC family and of course continued to enjoy major growth in 2013.

However, in general, your assessment of a slight drop in performance across the EU in 2013 is correct and mainly down to declining figures in a few key territories. While the economic situation in Southern Europe certainly had a role to play in this respect, we should also remember that 2012 was a relatively positive year given the economic turbulence that most territories went through at that time. Also, the cinema business is, as you point out, cyclical and we know that we have some great times ahead when looking at the films that will be coming to our theatres in the not too distant future.

While admissions over the last ten years or so continued to grow across the board we know that exhibitors in some mature UNIC territories have had to re-focus efforts to attract young people to the cinema, if only to balance out impacts of demographic change.

However, looking at the recent youth initiatives run by many of our members, I believe that this is an opportunity rather than a threat and that performance across UNIC territories will continue to remain robust and on a trajectory of growth in the medium term.

CJ: Do you see trends such as luxury cinema, in-theatre dining and premium large format as efforts to reverse the decline or merely extract more spending from people that still go to the cinema?

JR: I consider anything that helps to create excitement and comfort around the cinema going-experience as positive and at the same time understand that some of the concepts you mentioned can only cater for a certain share of the market. However, product differentiation is common to all major consumer industries. What is important to UNIC as a trade body is that the industry manages to maintain its economies of scale and scope so that partners from distribution can release successful films across all types of cinemas.

We therefore have to ensure that cinema exhibitors remain in the driving seat when it comes to deciding how and when to innovate, especially after the major investments into digital cinema over the past five to 10 years.

CJ: What have been the efforts to combat film theft across Europe and are you seeing any signs of success?

JR: Film theft levels obviously vary from country to country but it is fair to say that all our members suffer significant losses from it. According to a recent study, 42 per cent of Europeans consider it acceptable to download or access copyright-protected content illegally when it is for personal use (OHIM, Nov. 2013).

In this context, we would welcome renewed discussions with distribution and the creative community on how positive awareness-raising campaigns in cinemas can be used to prevent piracy and promote copyright and creativity.

With regard to the protection of cinematographic works in theatres, cinema exhibitors will of course continue to fight illegal recordings during screenings and to step up our already successful collaboration with partners in distribution in this domain. UNIC already acts as a European hub to identify camcording ‘hotspots’ across its territories.

Finally, we are working closely with several creative content alliances in Brussels as well as with our members in UNIC territories to ensure that existing copyright rules work for our sector and that they can be appropriately enforced. We strongly believe that cinemas have a role to play in the wider fight against film theft.

CJ: We have seen a lot of consolidation in the European sector, such as Cineworld’s deal with Cinemacity. Should we expect more of these type of deals and are they good for cinema goers?

JR: European cinema exhibition is in many ways and in many territories a fragmented industry. There will probably be some further movement in the sector – amongst various types of cinema operators and across Europe – thus enabling new synergies and efficiencies. I think consolidation in itself is neutral in terms of its impact on audiences. What matters is a long-term commitment to providing the ultimate film-viewing experience. I am confident that all exhibitors share that ambition.

CJ: Do you see strong growth in Central, Eastern Europe and Russia in the coming year(s)?

JR: Consider growth in Box Office in, for example, Russia (10,2 per cent) and Turkey (7,7 per cent) last year. There appears to be plenty of scope for further development in these regions. I come from a media policy background so what would appear to be important for some territories – especially in Eastern parts of the EU – is to further strengthen their local film sector, thus enabling home-made content to help balance out the inevitable ups and downs of the international market. It’s been a recipe for success in more mature European territories.

JR: While there are screens in some territories that remain to be digitised, we also have to recognise that countries such as Italy and Spain made great progress last year. Nevertheless, UNIC has called upon distribution to recognise the extraordinarily difficult situation that some cinemas are in due to the economic difficulties that they face in some territories and suggested delaying the cut-off of 35mm distribution in those territories, arguing that too early a cut-off would lead to the closure of many cinemas.

That said, we believe that a reduction in costs for projection equipment over the past years as well as possibly further support for some operators should enable the vast majority of remaining exhibitors to switch over soon.

CJ: Discussions on laser projection in the US have centred on government regulations about the use of lasers in cinemas, are there similar concerns for European authorities?

JR: UNIC works closely with the Laser Illuminated Projector Association (‘LIPA’) on ensuring that the regulatory environment – in Europe but also at local level in each Member State, region or municipality – is not an impediment to the roll out of laser projection in cinemas, should exhibitors decide to deploy this technology. A two-pronged approach is needed: on the one side ensuring that regulation enables the market to develop, and on the other side developing capacities and security provisions in cinemas so they adhere to existing or future rules.

CJ: A personal questions to end. How do we get audiences, particularly younger ones, to switch off their smartphones for the duration of a film? A polite PSA (public service announcement) at the start of the film doesn’t seem to be doing the trick any more.

JR: One can look at this from various angles.

As long as we cannot protect our content from illegal recording by technological means any smartphone or wearable recording devices such as Google Glass are an issue for cinema exhibitors. We have to convince our audience in a positive and more creative way that cinema-going is more rewarding if you can fully experience the show – without the day-to-day noise that is constantly available on your smartphone.

From an experience perspective, one might imagine a future when second-screen applications that allow you to experience additional elements of the story via your device, are possible. However, even if we manage the challenge of film theft and if the creative community embraces these options of story-telling, I am certain that cinema-lovers will also in the future be able to choose screening times that are not disturbed by the noise of mobile phone-using patrons.

CJ: Thank you very much for taking the time to talk to us.

JR: Thank you and see you in Barcelona.