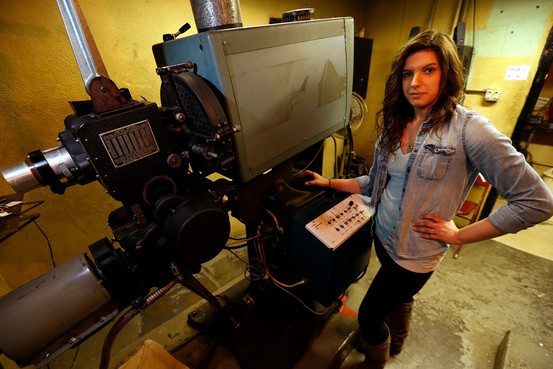 The Wall Street Journal examines the plight of small-town single-screen cinemas that are unable to make the costly transition to digital in the article ‘Is Film the End of the Road for Small Cinemas?‘. It highlights one particular cinema near Scranton, Pennsylvania, facing imminent death-by-digital.

Hollywood’s major studios are in the final days of distributing movies on film reels and moving to digital distribution sent via hard drives or satellite, a method that is cheaper for studios but requires significant investment by theaters in new equipment. The conversion means theaters like Mrs. DiAugustine-Bower’s Berwick Theater could fade out for good.

The theater, about 50 miles southwest of Scranton, has raised only $6,000 so far, a difficult amount to earn by selling baked goods and old movie posters in an economically depressed town.

“I got a backlash from patrons when I mentioned raising ticket prices” to $5 from $4, said Mrs. DiAugustine-Bower.

But help has come for some from an unexpected quarter: Indian digital cinema integrator Scrabble.

About 87% of the 5,762 theaters in the U.S. are now digital, according to the National Association of Theatre Owners. The remaining 13% is mostly made up of one-screen independents, in rural communities with no multiplexes for miles.

More than half of the approximately 600 drive-in theater screens in the country have converted so far, according to the United Drive-In Theatre Owners Association.

Scrabble Ventures LLC has begun leasing digital projectors to small theaters that can’t afford a lump-sum payment. Chief Executive Ranjit Thakur said the company has converted 370 theaters so far with more than 400 scheduled over the next three months.

Kickstarter, the Colorado State program, Kiwanis International club, state department funding and local donations are ways that some of that other cinemas have managed to raise funds. 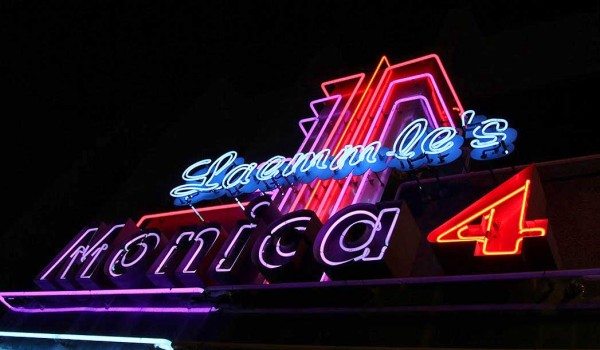 USA (CA): As we highlighted in our item on ArcLight coming to Santa Monica, existing cinemas there will have to shrink to compete.  Hence Laemmle’s 4 screen will ‘expand and contract’.

The Second Street cinema currently has four screens and about 1,100 seats but a proposed makeover would add two screens and drop the seat total to below 500, said Laemmle CEO Greg Laemmle.

The largest theater would hold about 150, which is about the capacity of the current smallest theater. Two mezzanine-level theaters would seat about 35, Laemmle said.

“The row spacing is better and we believe the sight lines will also be better,” Laemmle said. “The added screens provide flexibility to show more movies for longer.”  LINK 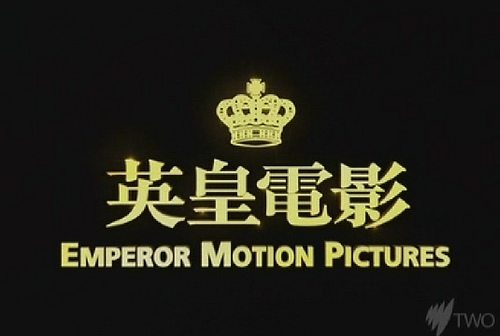 The company unveiled its plans to break into the mainland theater sector in March 2013 in partnership with another Hong Kong firm UA Cinemas.

Their first joint site Emperor UA Vivo City is scheduled to open in Foshan next month, with plans in other cities such as Beijing, Shanghai and Shenzhen to follow.  LINK 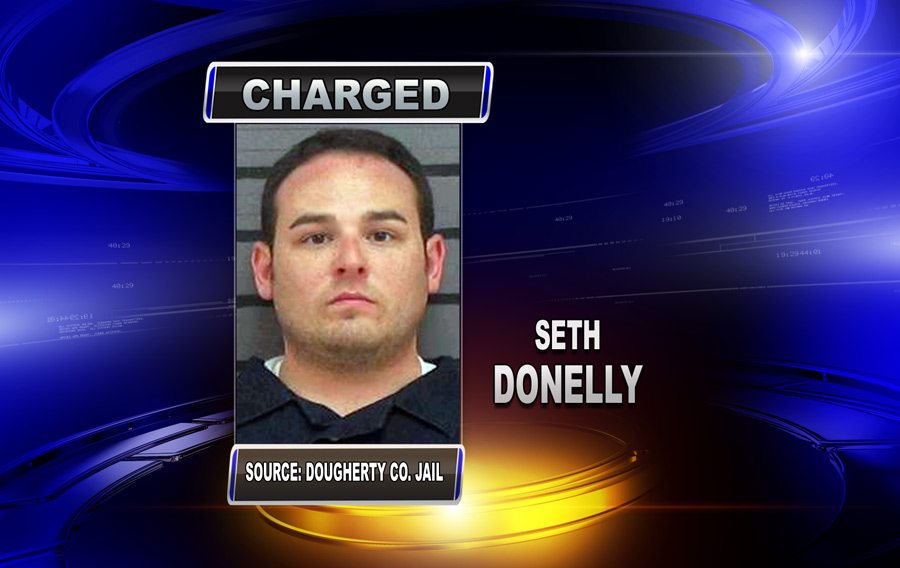 USA (GA): A Carmike Cinemas manager has been charged with stealing a LOT from the box offic.

An Albany theater manager is out of jail after being charged with stealing $36,000 from Wynnsong Cinema.

Seth Donelly, 28, is charged with three counts of computer theft.

Police say Donelly would use a register code linked directly to him to refund a large number of tickets and then would walk away from the register with the money.  LINK 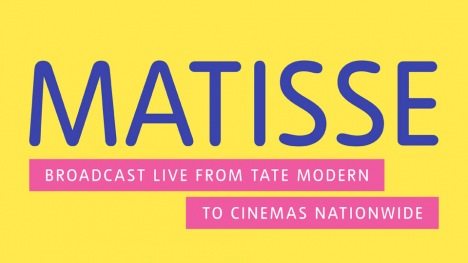 UK: Tate Modern is putting on its first event cinema broadcast, following the lead of the British Museum, National Gallery and Royal Academy.

For the first time ever, we are broadcasting live into cinemas around the country with an exclusive film about the Henri Matisse: The Cut-Outs exhibition at Tate Modern

At this one-off event, you are invited to enjoy an intimate, behind-the-scenes view of this blockbuster exhibition presented by Francine Stock and with guests such as Tate Director Nicholas Serota. This film features commentary on selected works, a biography of the artist, interviews with experts, friends of the artist and rare archive footage of Matisse at work.  LINK

The Independent newspaper has more details:

Asked if a film was no substitute for experiencing the works of a master artist in the flesh, Mr Serota said: “The film will give a sense of the quality and range of the works for people who can’t get to the gallery. We’ll also be able to give additional insight into Matisse’s techniques and offer more contextualisation. It’s a different experience but I think it’s a valuable one.”

The highlight of the show will be The Blue Nudes, silhouettes of a seated female figure, cut from coloured paper using scissors. They have been shown together only a handful of times since they were made in 1952, two years before Matisse’s death at the age of 84. The glue and paper cut-outs are too fragile to travel on a regular basis. 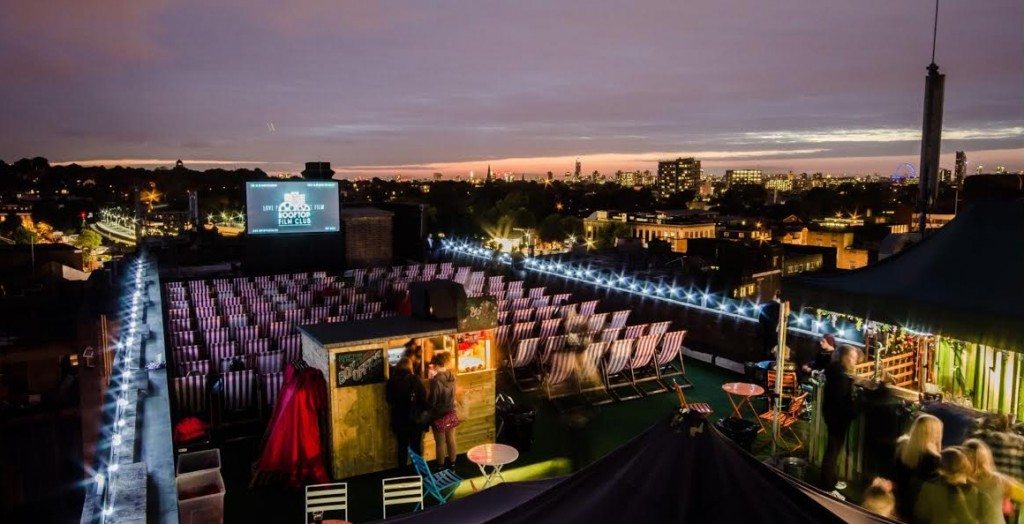 UK: Not your typical airline movie this one as British Airways sponsors a pop-up cinemas in London.

British Airways has partnered with the Rooftop Film Club to build a series of pop-up movie theatres on the rooftops of London this summer.

Located on top of the Bussey Building in Peckham Rye and the Queen of Hoxton in Shoredtich from 1 May to 30 September , the event will allow film buffs to take in over 170 classics; including Anchorman 2, Reservoir Dogs and Labyrinth from the comfort of their own chair and blanket.

The tie-up will see BA supply cabin crew to welcome cinema-goers and show them to their seats whilst the airlines own chef, Simon Hulstone, has created his own custom popcorn for participants to snack on.  LINK

Germany: A press release that doesn’t actually seem to announce anything new, but merely Deluxe and ARRI patting themselves on the back.

Early In 2012 Deluxe and ARRI Film & TV Services GmbH concluded an agreement for ARRI to deliver digital cinema content via hard-drives for cinemas in the German Speaking area (GSA). The cooperation has proved very successful. For Deluxe’s various Hollywood partners ARRI provides cinemas in the GSA with US and international titles. ARRI also directly services many other distributors’ movies and, on behalf of the regional offices of the US Majors, many German and independent films they acquire and distribute, of which ARRI is often a co-producer.

For over two years both Deluxe and ARRI have been examining and testing a variety of electronic channels for content delivery. With its systems integration partner, Hewlett Packard (HP), Deluxe has developed and successfully launched its open-access, point-to-point digital delivery network—Deluxe Connect—in France, Denmark, Italy, Spain and the United Kingdom. The network is quickly expanding across Europe and has already successfully delivered nearly 1,000 feature films via this system. At the same time, ARRI has combined its delivery and support services into its Content Delivery Network (CDN)—a series of tools and content management software and services designed to make life simple and economical for producers, distributors and cinemas alike.  LINK 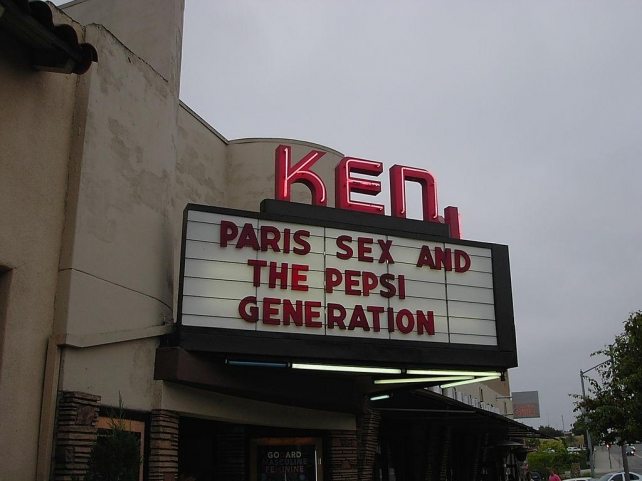 USA (CA): This San Diego cinema needed to raise USD $48,000 for a digital projector, so they asked the landlord for a reduction in rent to cope. They didn’t get it and now they are closing.

According to the owners of the property housing the iconic Ken Cinema, Landmark Theatres recently gave its 30-day notice and won’t be renewing its lease. The last scheduled day of showings at the Ken are April 27, and neighboring businesses say tentative plans include letting staffers curate the last few weeks’ worth of movies. 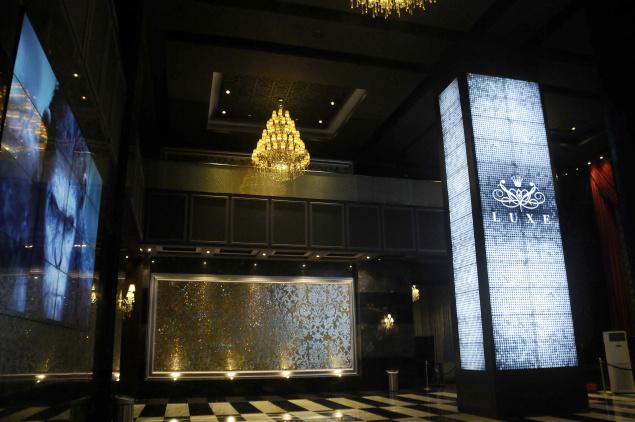 Chennaiites have always treasured cinema close to their heart. And their love for the silver screen has been rewarded with a swanky new multiplex – ‘Luxe’ – that was inaugurated by Governor K. Rosaiah in Phoenix Mall in Velachery on Monday.

With 11 screens and a seating capacity of over 2,600, the multiplex stands out from the rest, not only in terms of capacity, but also comfort and opulence.

Chandeliers on high ceilings and marble flooring welcome customers who walk into the lobby. The halls are equipped with the latest in sound technology.  LINK 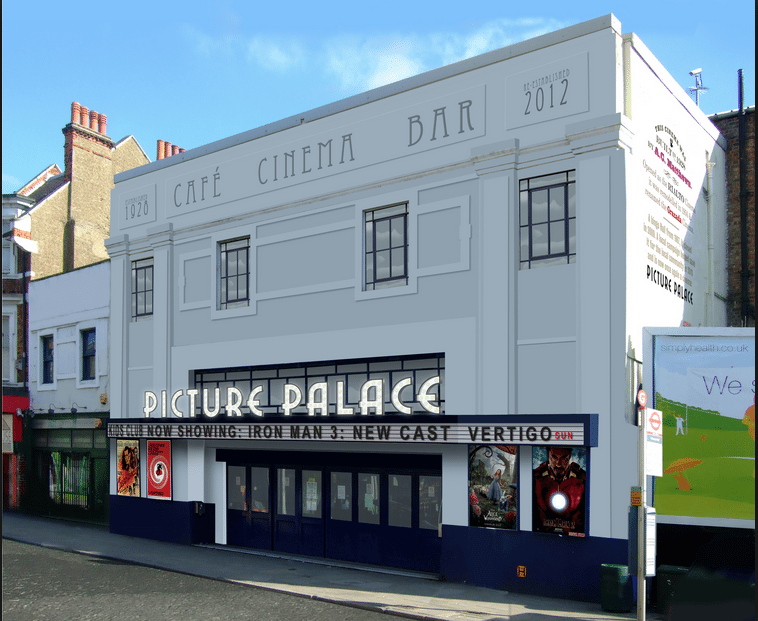 UK: Hope for one of London’s most under-screened suburbs and a cause particularly dear to me.

Campaigners who want to turn a former bingo hall in Crystal Palace into a cinema have managed to get the building listed as an asset of community value.

This means if Kingsway International Christian Centre (KICC) wants to sell 25 Church Road, communities that want it will have six months to put together a bid to buy it.

KICC bought the building from Gala Bingo in 2009 and Bromley Council refused the church permission to turn the former Rialto cinema into a place of worship at the end of that year.  LINK 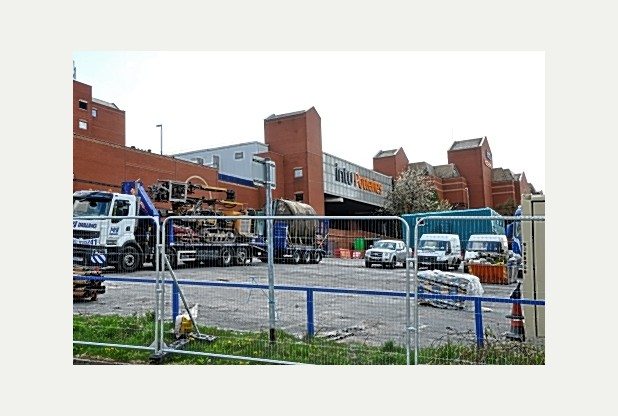 UK: Go head has been given for a shopping mall expansion in Stoke-on-Trent that will include a five-screen Cineworld cinema.

Council bosses have agreed to sell land to a shopping centre for a £20 million expansion project – despite blocking a similar deal 18 months ago.

Stoke-on-Trent City Council plans to sell off 537 sq metres of land at Quadrant Road to Intu Potteries for £180,000.  LINK 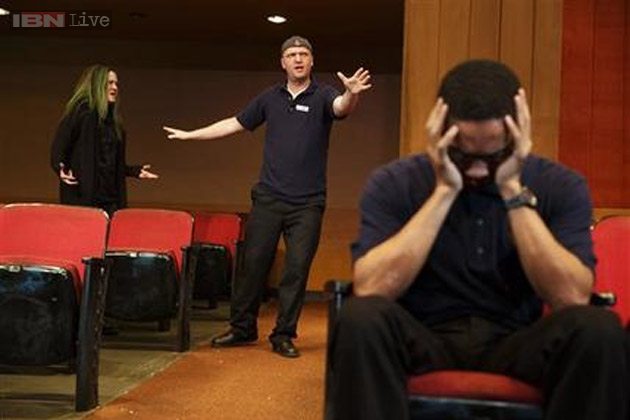 An off-Broadway play set in and centred on an old cinema in Massachusetts that still shows 35mm film just won a Pulitzer Prize for Best Drama.

Annie Baker’s “The Flick” has won the 2014 Pulitzer Prize for drama, a play set in a rundown movie theater that was hailed by the judges as a “thoughtful drama with well-crafted characters” with “lives rarely seen on the stage.”

The Columbia University’s prize board on Monday gave the playwright, who is in her early 30s, the prize for her play about friendship, morality and loyalty. The university said it was “a hilarious and heart-rending cry for authenticity in a fast-changing world.”

It played off-Broadway at Playwrights Horizons last year, becoming a topic of discussion when a small group of early theatergoers found it too long at 3 hours and 15 minutes and walked out. But critics found it challenging and rewarding, and it soon won over audience members, running for months.  LINK