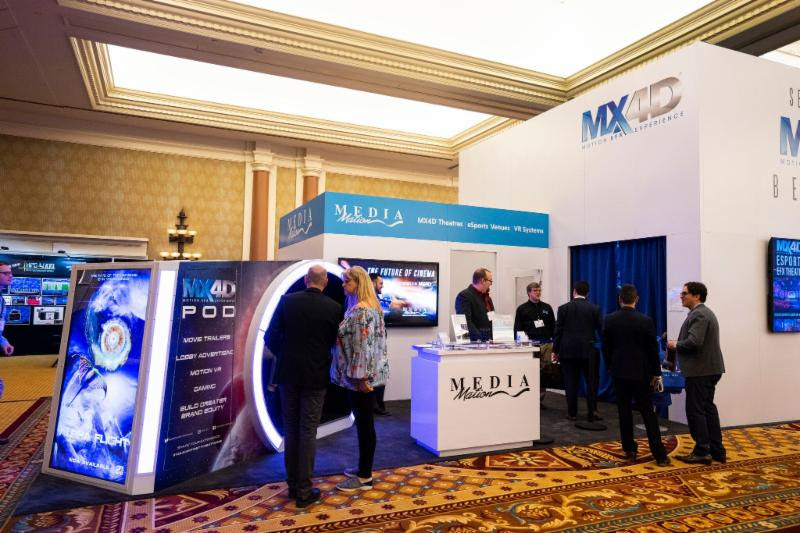 MMI signed with Cinemas Entertainment to launch a second hybrid-esports theatre at Lawndale 10 in downtown Chicago. “We are excited to bring our unique MX4D Motion EFX Experience to the greater Chicago area,” said Dan Jamele, CITO of MMI. “Adding a 4D theatre that doubles as an esports venue is sure to be a major draw for the area.

In addition to Cinemas Entertainment, MMI inked a deal with Cineplexx for their Grazz location. The 72 seat theatre will be located in Austria. “This is our first Austrian location,” said Heather Blair, Head of Cinema Sales. “It will stand as a symbol for MMI’s dedication for rapid growth into new territories.”

About MediaMation, Inc.
For over 25 years, MediaMation, Inc. has provided innovative technological solutions to the Cinema and Themed Entertainment market and has expanded to the ESports industry in 2017. MediaMation is an interactive technology company and a worldwide, leading supplier and manufacturer of patented technology for 4D/5D Motion EFX theaters and seats, including its MX4D Motion EFX technology, with over 300 installations worldwide. MediaMation also designs and implements turnkey creative solutions for complex shows, rides, exhibits, fountain shows, etc. for theme parks, zoos, aquariums, museums, cinemas and FECs.

About Cineplexx
Currently, over 100 screens are being recorded outside of Austria. Today Cineplexx has 40 multiplex and 6 traditional locationsIt is represented in Austria, Albania, Greece, Italy, Croatia, Macedonia, Montenegro, Serbia and Slovenia and records some 300 halls. With around 1,200 employees, the company generated sales of 120 million euros in 2014. In 2014, Cineplexx cinemas welcomed around 10.5 million visitors.