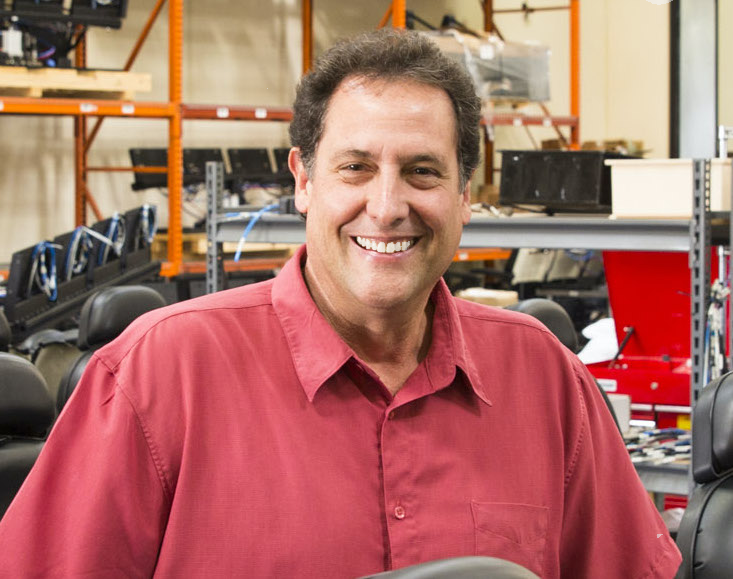 MediaMation, Inc. (MMI) is constantly evolving in numerous ways to provide high quality products and services in a rapidly changing industry. Overseeing a majority of these activities is a familiar face, Dan Jamele, co-founder and once again CEO of MMI. From 25 years in this position, to a 3 year hiatus, MMI is bound for an eventful future.

Dan and co-founder Alison Jamele began the company in 1991 and have navigated MMI through many high profile, award winning projects by collaborating with Theme Park giants such as Disney, Universal, Six Flags and more as well as working with top cinema moguls such as Sony, Lionsgate and Paramount just to name a few. The past couple years have been unprecedented and yet, MMI still stands strong and fully operational. Dan plans to drive MMI forward on a path to success by showcasing new projects as well as new products soon to come. The changes don’t end there. MMI’s headquarters will be moving soon. The movie programming team will be moving to to a new state-of-the art programming/demo studio, once owned by award winning recording artist, jazz composer and pianist, David Benoit. The room is equipped with a full DCI projection system and surround sound audio. Picture a private big screen with ambient theater lighting as you comfortably slip into the MX4D Motion EFX seat to view the movie. You may even see a few photos and plaques of some of the artists that have recorded there in the past. The main headquarters will be a stone’s throw away to house their staff and room to create the latest and the greatest innovations that is soon to come.

CEO Daniel Jamele and others from MMI will be attending the IAAPA convention this November in Orlando, Florida. He looks forward to seeing old friends and meeting new ones:

“I look forward to the re-opening of both the Cinema and Theme Park industries and MediaMation’s sustained growth in both markets. We are so grateful to our clients, employees, and friends that helped us to weather that storm and come out with more opportunities! I also look forward to seeing all our old friends at IAAPA this year.”

About MediaMation Inc.
For 30 years, MediaMation, Inc. has provided innovative technological solutions to the Cinema and Themed Entertainment and Amusements market and expanded to the esports and VR industry in recent years. MediaMation is an interactive technology company and a worldwide, leading supplier and manufacturer of patented technology for 4D Motion EFX theatres and seats, including its MX4D Motion EFX technology, with over 360 installations worldwide. MediaMation also designs and implements turnkey creative solutions for complex shows, rides, exhibits, fountain shows, etc. for theme parks, zoos, aquariums, museums, cinemas and FECs.