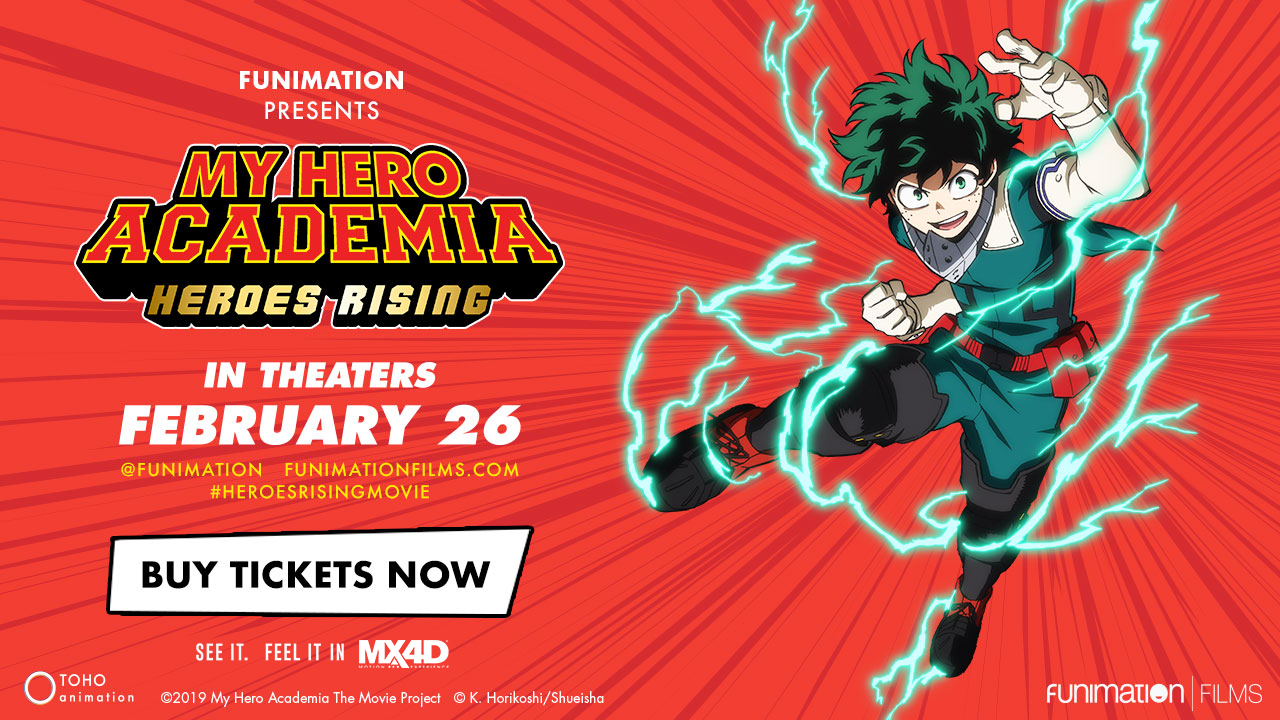 Through a combination of full motion, rumbling, water and air blasts, back and seat pokers, leg and neck ticklers and wind, MediaMation’s EFX theater seat puts audiences in the center of the action. Atmospheric effects in the auditorium include snow, scents, lighting, fog, rain and bubbles. This mix of anime and MX4D has proven to be wildly popular in Japan and a fun enhancement to the theatrical viewing experience “My Hero Academia: Heroes Rising” will be released on February 26 in more than 1,000 theaters across the U.S., Canada, and U.K. as a limited theatrical engagement in both Japanese (English subtitles) and English dub. Advanced tickets are open for pre-sale on the film’s official website.

My Hero Academia has captivated audiences beyond the core anime and Japanese entertainment fans through unique storytelling around the global superhero phenomenon. The series has introduced a number of diverse characters who each have their own special “Quirk” (a special superhuman ability that a person can have), allowing fans the opportunity to connect with their favorite characters on a personal level. “My Hero Academia: Heroes Rising” serves as a standalone film that will continue bringing superhero action and adventure to a wide range of audiences to enjoy.

About Funimation
Funimation, a subsidiary of Sony Pictures Television, is the go-to destination for extraordinary anime. By combining its integrated in-house studios along with its technology and distribution partnerships, Funimation leads the industry with its omnichannel approach to offering anime to fans – from streaming and home entertainment, to theatrical distribution and broadcast television information about Funimation, visit funimation.com.