B&B and MX4D Open First 4D Theatre in Dallas-Ft. Worth 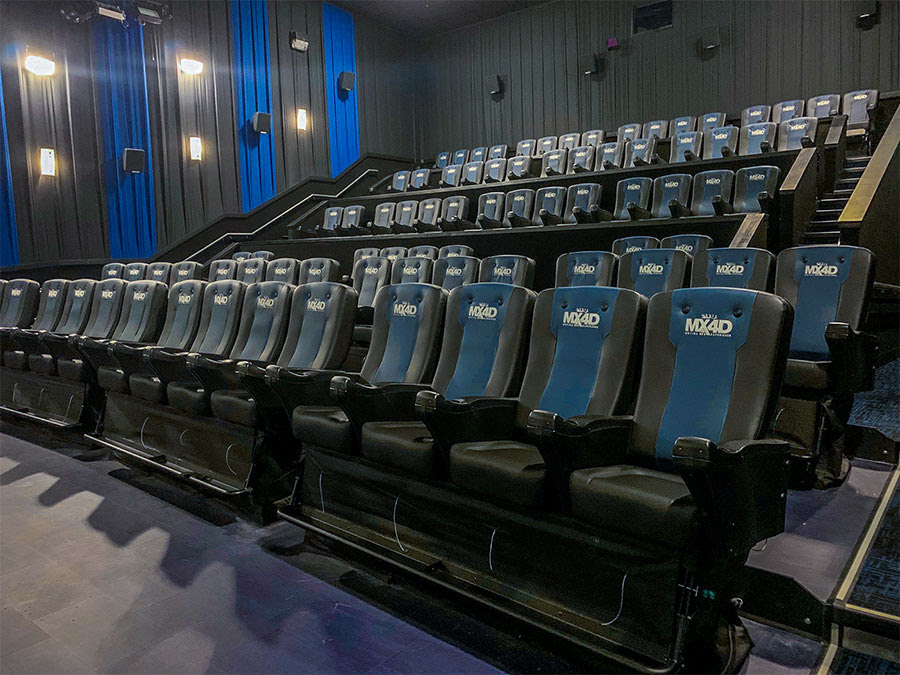 This installation by B&B closely follows the stellar grand opening of MX4D at the brand new B&B Wheatland 9 Theatre complex in Topeka, Kansas. That MX4D auditorium has been frequently selling out, and is running way ahead of initial attendance projections.

Brock Bagby, Executive Vice President of Missouri based B&B Theatres stated, “We recently signed an additional ten theatre deal with MediaMation, as the results are tremendous box-office grosses and high capacity, efficient operations. Plus it’s a presentation that can only be seen, felt, heard and literally smelled in the cinema!”

MediaMation’s MX4D is a fully immersive theater experience which features plush full motion seats and an EFX package carefully programmed to enhance the latest feature film blockbusters. Seat based EFX include neck ticklers, back pokers, seat rumblers, and leg ticklers. The patented armrest supplies air and water blasts, wind and scent to each patron in the same volume with no disparity due to location in the auditorium. Within the auditorium, programmed atmospheric effects include snow, lights, fog, rain and bubbles. All MX4D installs are full auditoriums, not partial rows, for a truly communal experience.

Visit www.bbtheatres.com for showtimes and information for the Wylie 12 Theatre and Wheatland 9 Theatre, as well as, all the nearly 50 other great circuit locations. Tickets on sale now for Jumanji The Next Level and Star Wars: the Rise of Skywalker in MX4D and other exciting formats.

About MediaMation, Inc.
For nearly 30 years, MediaMation, Inc. has provided innovative technological solutions to the Cinema and Themed Entertainment market and has expanded to the ESports industry in 2017. MediaMation is an interactive technology company and a worldwide, leading supplier and manufacturer of patented technology for 4D Motion EFX theaters and seats, including its MX4D Motion EFX technology, with over 400 installations worldwide. MediaMation also designs and implements turnkey creative solutions for complex shows, rides, exhibits, fountain shows, etc. for theme parks, zoos, aquariums, museums, cinemas and FECs.