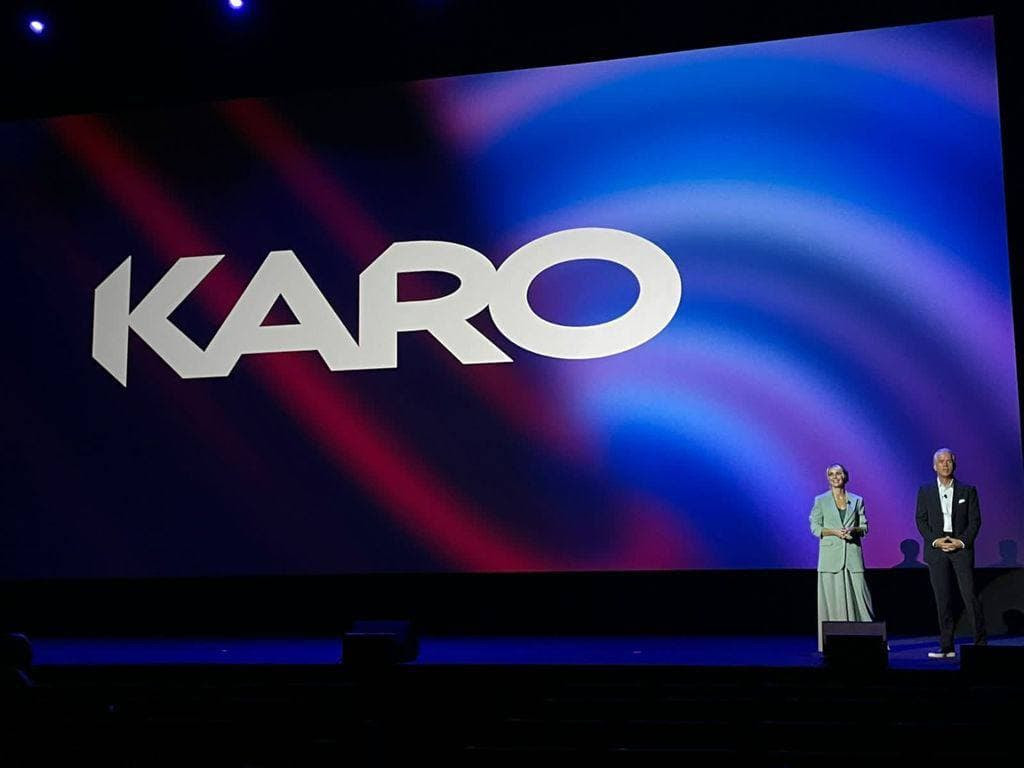 KARO Cinemas, Russia’s leading theatrical operator, showcased the Russian market and innovations of their venues during the fall session of CineEurope 2021. This is the first time cinemas were presented in the market

Russian cinemas continue the fastest recovery among all European cinema markets both in admissions and box office. Admissions and box office in September 2021 for KARO increased nearly 30 percent from September 2019. This growth was made possible because of the KARO’s innovative approach to film screening, which became the reason why viewers prefer this particular network among the rest. At the presentation Innovation at KARO: It is Never About Movies and Popcorn Alone Paul B. Heth, Executive Chairman & CEO of KARO Cinemas and Olga Zinyakova, President and General Director of KARO presented Russia, the country, and Russian film market, discussed new screening technologies, challenges of the industry and plans for the further massive expansion.

KARO: New Generation format, presented on the October, 6th during the Fall session of CineEurope 2021, attracts patrons for whom the level of experience and comfort are both extremely important. KARO: New Generation venues offer a number of unique products and experiences such as it’s U-Choose food and beverage offerings, automated Kiosks for all ticket and concession purchases, fully reclined seating, and diverse and varied theatrical content programming from both domestic and international studios as well as independent films and events programmed through KARO.Art.

KARO has 33 modern cinemas and 266 screens in Moscow and the Russian regions and operates five of Russia’s top ten highest grossing cinemas to include the number one and number two venues, located in Moscow, KARO Sky 17 at AviaPark and KARO Vegas 22. KARO’s Novosibirsk Gallery 10 has become one of the most visited cinemas in Russia since its opening this past June. The flagship venue of KARO, the October Cinema Center, with the largest cinema screen in the country, annually hosts nearly 800 different special events, including the world famous Moscow Film Festival. The implementation of new generation cinemas will continue to increase KARO’s share of both the Moscow and overall Russian film screening market, and will positively impact the frequency of admissions to its cinemas, as has been proven by KARO’s similar and highly successful recent projects.

Paul Heth, Karo Group CEO, said: “When everyone else is looking down, we are looking up! Our team is now in the middle of the largest organic expansion program for a cinema operator in the global Cinema sector. We will open 15 KARO: New Generation venues over the next 15 months including 8 openings in Moscow this December”.

Olga Zinyakova, KARO cinemas CEO, said: “We thank CineEurope for such an opportunity to present our market for the Western audience. We are almost 1 bln dollar market, and already bit records of 2021 for September. So no one is saying now cinemas are dying. More great movies to come and people need cinemas to experience it 100%”.

About KARO
The KARO cinema chain which was founded in 1997, has set a new standard for the theatrical exhibition industry in Russia. Today KARO is one of the leading, and most technologically advanced cinema chains in the country with 33 modern cinemas and 266 screens in Moscow, the Moscow region, Saint Petersburg, Novosibirsk, Yekaterinburg, Samara, Kazan, Kaliningrad, Tyumen and Surgut, KARO operates five of Russia’s top ten highest grossing cinemas to include the number one and number two cinemas, KARO Sky 17 at AviaPark and KARO Vegas 22.

KARO Cinemas are visited by over 12 million people annually. In addition KARO leads the Russian cinema sector in online engagement. In 2017 KARO was named by international Convention “CineEurope” as the best European cinema circuit, chosen from among 18 other cinema chains from 37 countries. Since 2012, the major and controlling owner of KARO is a consortium of investors consisting of UFG Private Equity, the Russian Direct Investment Fund (RDIF) and Paul Heth, a film entertainment entrepreneur, known as a visionary leader and pioneer in the modern Russian cinema industry.