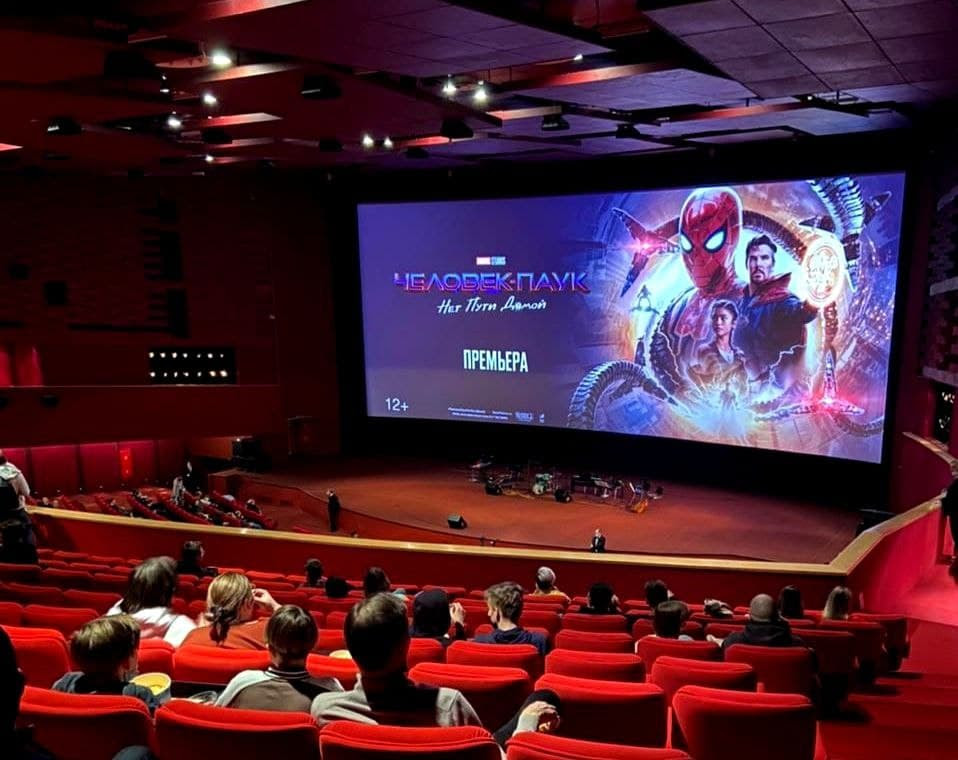 “Spider-Man: No Way Home” greatly outperformed all other theatrical releases of the post pandemic era for Karo Cinemas in Russia.

Russia cinemas continue the fastest recovery among all European cinema markets and with many more major studio and domestic blockbusters releases on their way. Excellent opening days results during the covid era include Warner’s Mortal Kombat (almost 102 million rubles) and Dune (more than 100 million rubles).

Total box-office for the new Spider-Man is already over 1.3 billion rubles ($17.5M) and has already reached seventh place in box-office standing among all films released in Russia in 2021. For comparison, the leader of the chart, the Venom sequel collected 2.05 billion rubles.

The use of an exclusive theatrical release window as so expertly demonstrated by Sony Pictures for Spiderman allows all of the film industry, including both cinema operators, motion picture producers and studios to best recover from post-pandemic cutbacks. Russia continues to play an important role in the overall recovery of the global motion picture industry, remaining the number one theatrical market in Europe”.

About Russian Cinema Sector
Russia, the number one theatrical market in Europe, is one of the world’s most dynamic and growing markets for filmed entertainment. Russia cinemas attracted a record 217 million visitors in 2019, the third consecutive year annual admissions exceeded 200 million.

Box office in Russia in 2019 was 56 billion rubles, making it a vital and top 10 overall international theatrical market for major studios and independent producers. Local production accounted for 22% of the overall box office. The success of local production is a major factor in the continued growth and sustainability of the Russian film sector.

About KARO
The KARO cinema chain which was founded in 1997, has set a new standard for the theatrical exhibition industry in Russia. Today KARO is one of the leading, and most technologically advanced cinema chains in the country with 33 modern cinemas and 266 screens in Moscow, the Moscow region, Saint Petersburg, Novosibirsk, Yekaterinburg, Samara, Kazan, Kaliningrad, Tyumen and Surgut, KARO operates five of Russia’s top ten highest grossing cinemas to include the number one and number two cinemas, KARO Sky 17 at AviaPark and KARO Vegas 22. Karo is currently in the middle of one of the global cinema sectors largest expansion efforts with 15 new venues slated for opening by the end of 2022.