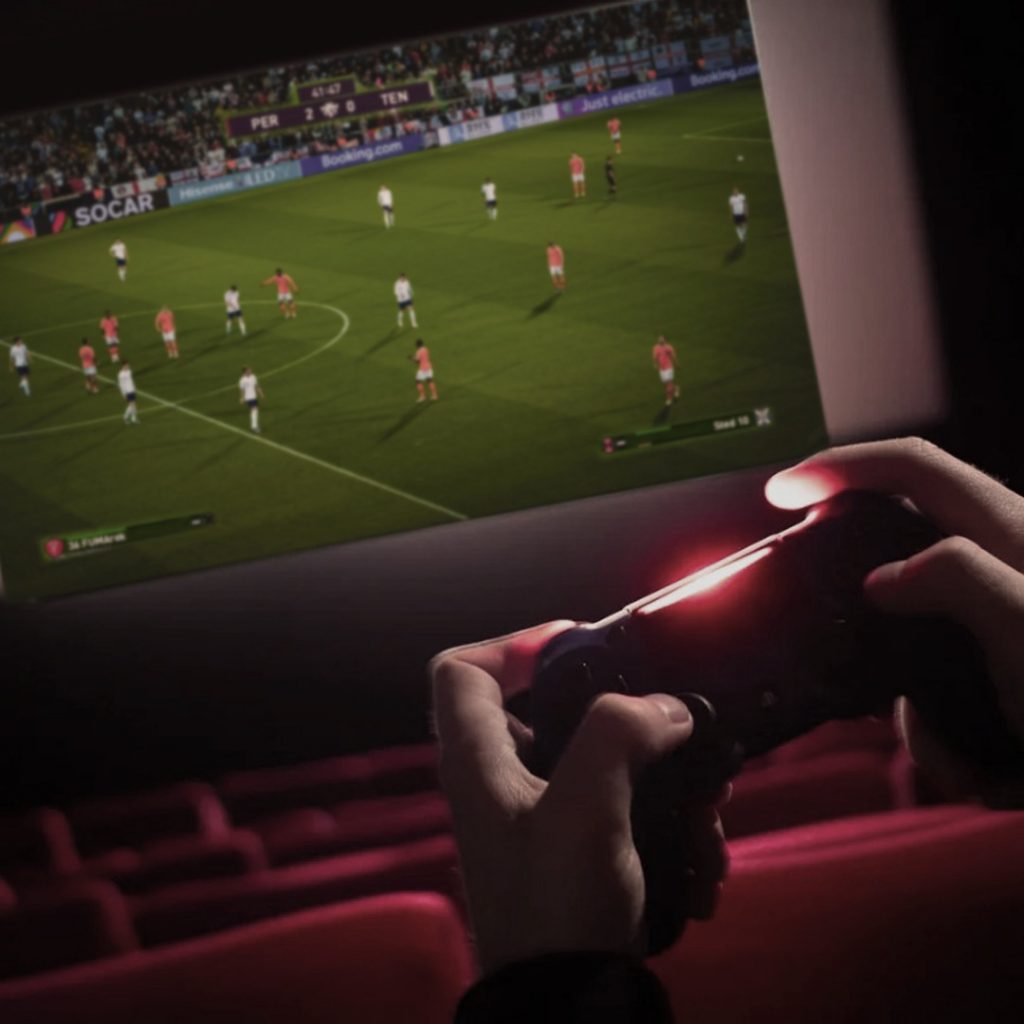 Karo, Russia’s leading cinema operator, continues to develop new business opportunities to embrace the changing trends of its growing audience base. Now Karo introduces a service for Russian gamers where they may book any of Karo’s cinema halls to play their favorite video game on the big movie screen in the company of their friends. Such on screen gaming services is already in demand among gamers in South Korea, the United States and the United Kingdom.

Paul Heth, Executive Chairman and CEO of the KARO Group and Olga Zinyakova, KARO Cinemas President said in a joint statement: "The gaming industry is showing tremendous growth rates in Russia and around the world. We see an unique opportunity for effective collaboration between the gaming community and the technology and hospitality of our cinemas. Russia has nearly 70 million “gamers” many of whom are also movie goers. Clearly this is a large market that we would like access and provide a unique out of home entertainment experience. Today's offer is the first step towards creating a new major business direction for Karo and the Russian film industry, which will be supported both by us and key companies from the Russian gaming industry.

Gamers will be able to reserve their own cinema halls in express format at an attractive price in just a few clicks by filling out an application form on http://event.karofilm.ru/. In the application guest has to specify the date, time and cinema hall available for games. Already at the stage of forming the application, the guest will receive a preliminary cost of the service. Prices are fixed for two hours of booking the hall, depending on the day of the week. Additional services, including a cinema bar, decoration, personnel, organization of receptions and coffee breaks, and full technical audio-visual support, if necessary, are calculated by Karo’s management on an individual basis. The full list of halls and cinemas is available at http://event.karofilm.ru/. The service is available only to individuals in the KARO cinemas in Moscow and St. Petersburg, but in the nearest future all cinemas in the chain will be ready to provide the service to patrons.

About KARO
The KARO cinema chain which was founded in 1997, has set a new standard for the theatrical exhibition industry in Russia. Today KARO is one of the leading, and most technologically advanced cinema chains in the country with 32 modern cinemas and 260 screens in Moscow, the Moscow region, Saint Petersburg, Yekaterinburg, Samara, Kazan, Kaliningrad, Tyumen and Surgut, KARO operates five of Russia’s top ten highest grossing cinemas to include the number one and number two cinemas, KARO Sky 17 at AviaPark and KARO Vegas 22.