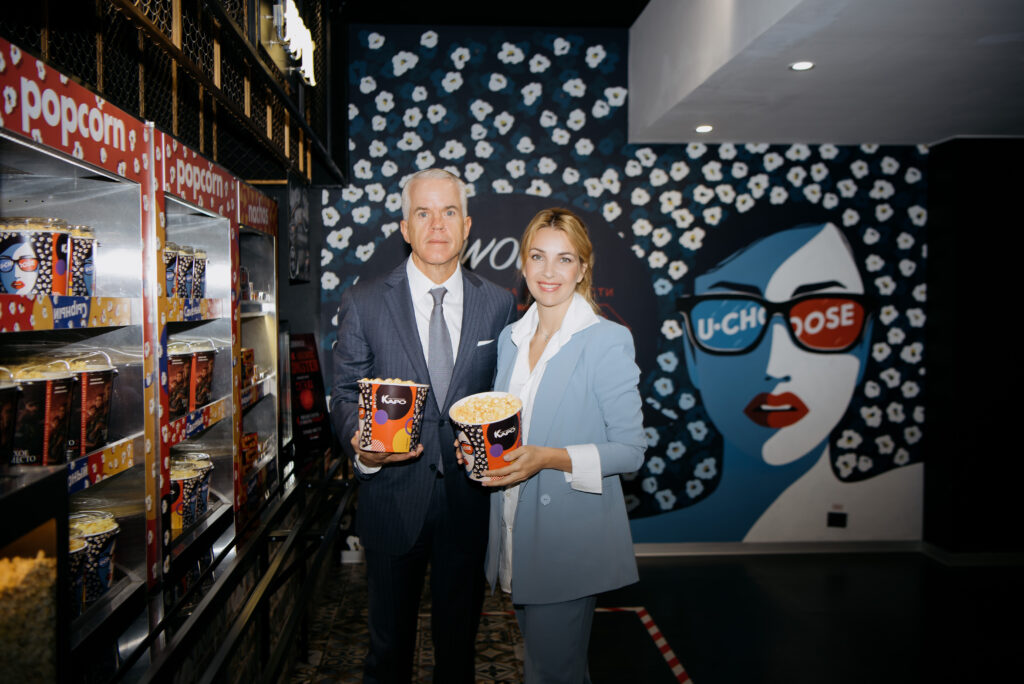 Company will increase its Moscow market leadership with the opening of 10 KARO:New Generation locations with urban property developer ADG over the next 10 months with the first location to open November 15, 2021. Six locations will be opened before the upcoming New Year’s holiday season.

KARO’s fast paced near term expansion will be implemented jointly with Urban property developer ADG group in such highly populated Moscow neighborhoods such as “Baikonur”; “Budapest”; “Kyrgyzstan”; “Mars”; “Neva”, “Sofia”; and “Screen”. Five KARO:New Generation multiplexes will open in Russian regional cities with other real estate partners beginning in the second quarter of 2022. Further large scale expansion is planned through 2024.

The opening of the 10 state of the art KARO venues in 10 months is an all-time record for the Russian cinema market, as well as the largest expansion for a cinema operator in Europe since the beginning of the covid pandemic. Russia has maintained its position as the number one theatrical market in Europe.

KARO: New Generation venues are amongst the most technology advanced cinemas in the global theatrical exhibition industry, and include popular Karo products and experiences such as U Choose food and beverage offerings, automated Kiosks for all purchases, fully reclined seating, diverse and varied theatrical content programming from both domestic and international studios as well as independent films and events programmed through KARO.Art.

Financing for KARO’s expansion was provided by VTB Bank, a major global lender based in Russia. KARO has carefully ensured a low debt level since its purchase by its current shareholders in 2012 all, utilizing shareholders initial equity contribution and its own cash flow from operations.

As the fiscal foundation of its expansion plan, KARO management has delivered positive adjusted earnings before interest, taxes, depreciation and amortization (EBITDA) during the first half of 2021.  These fiscal results are in line with the earnings the company earned during a record breaking 2019.

Paul Heth, Executive Chairman and CEO of the KARO Group said: “We started our previous most successful projects in other periods of economic crisis.  We have been fortunate that Russian moviegoers are passionate about experiencing the work of the world’s greatest and most talented storytellers on our big screens. The global cinema sector is developing rapidly, and we will continue to be a leader and trendsetter. As the pandemic subsides our guests of all ages will be delighted to enjoy a completely new experience from the wonder and magic of movie going, We are honored that VTB and our partners to include ADG are committed to our vision of the fast paced expansion of the Russian cinema sector which is now Europe’s number one theatrical market for motion pictures, We are grateful that together we have found a basis of cooperation that will contribute to the opening of completely unique multiplexes that will offer an unrivaled “in cinema” experience for our loyal patrons”.

Olga Zinyakova, General Director and President, KARO cinemas said: “Despite the appearance of a crowded market, a large number of cinemas in Russia are outdated, and in the current digital era they are challenged to attract an audience. Our new generation format will attract young people to KARO cinemas who will appreciate the high level experience, and families for whom the level of comfort is extremely important. The implementation of new generation cinemas will not only increase KARO’s share of both the Moscow and overall film screening market, but positively impact the frequency of admissions to its cinemas, which has already been proven by KARO’S similar and highly successful recent projects, such as KARO Sky 17 and KARO 8 Kashirsky, Moscow and KARO 10 Gallery in Novosibirsk”.

The basis for such a large scale increase in the size of the KARO circuit in such a limited amount of time is an updated economic model to include mutually beneficial lease terms that help partners to jointly achieve goals. Such a model of cooperation is the key to our synergy as the cinema operator with shopping centers, because cinema are Russia’s leading out of home foot traffic generator- the core of the cinema audience (according to the Russian Cinema Foundation for 2019) is young people from 18 to 34 years old, which are essential for shopping centers. The movie going audience is especially important to mall operators in the post-pandemic period. Despite the weakened state of the economy, February and March 2021 were very successful for Russian cinema. Box office and attendance in these months exceeded the results of not only pandemic impacted 2020, but also extremely successful 2019.

KARO’s historically conservative management of its finances calls for the company to reinvest a significant portion of its revenues and focus on maintaining low operating debt levels while constantly improving the quality of service in its existing cinemas, as well as increasing the number of Karo cinemas across Russia. Since the acquisition of the company, the shareholders of KARO (the Russian Direct Investment Fund (RDIF), the UFG Private Equity Fund, and entrepreneur Paul Heth, known as one of the founders of the modern Russian cinema business) have had a very ambitious goal to create the most advanced and highest level of cinema assets in the Russian market. has no analogues in the cinema industry, not only in Russia, but also in the world.

About the Russian Cinema Sector
Russia is one of the worlds most dynamic and growing markets for filmed entertainment. Russian cinemas attracted a record 216.3 million visitors in 2019, the third consecutive year when admissions reached over 200 million, a figure that has doubled since 2007. Russia managed once again, as in 2017 to lead all European markets in theatrical admissions. Theatrical box office receipts in Russia in 2019 was 55.4 bln rubles making it one of the top overall international markets for major studios and independent producers. Local production accounted for 22.1 percent of the overall box office. The success of local production is a major factor in the continued growth and sustainability of the Russian film sector. Russia leads the European market in both admissions and box office coming out of the covid crisis for the 1H of 2021.

The flagship venue of KARO, the October Cinema Center, with the largest cinema screen in the country, annually hosts nearly 800 different special events, including the world famous Moscow Film Festival. The growth of the overall Russian cinema market with over 210 million visitors a year pre-covid demonstrates an increasing consumer demand.

About KARO
The KARO cinema chain which was founded in 1997, has set a new standard for the theatrical exhibition industry in Russia. Today KARO is the leading, and most technologically advanced cinema chain in the country with 33 modern cinemas and 266 screens in Moscow, the Moscow region, Saint Petersburg, Yekaterinburg, Samara, Kazan, Kaliningrad, Tyumen and Surgut, KARO operates five of Russia’s top ten highest grossing cinemas to include the number one and number two cinemas, KARO Sky 17 at AviaPark and KARO Vegas 22.

About ADG Group
In 2014, ADG Group acquired 39 outdated former culture centers and cinemas located in Moscow’s urban areas inorder to redevelop them into Neighborhood Centres – a new commercial real estate asset class. The project’s mission is to revitalize the historical centres of gravity of these locations and to bring new quality of urban life and retail convenience to over 2.5 million Muscovites living in 15-minutes walking distance from these sites.

Neighborhood centres offer their visitors everything for a quality time spending and proximity shopping, providing all the essentials in convenient and comfortable environment with a superior customer experience and respect to the interests of local communities. The potential of these physical locations is enlarged by the project’s online infrastructure in order to deliver both omnichannel sales and communications.