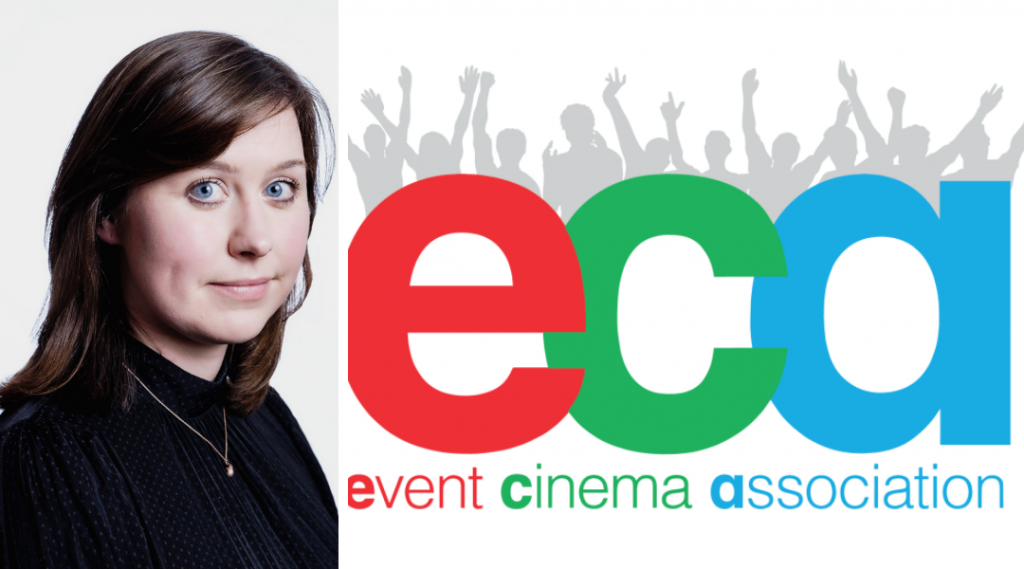 The Event Cinema Association (ECA), the industry trade body representing the production, distribution and exhibition of event cinema, today announced a leaner and more participatory operating model to ensure that the organization can continue to deliver value to its members and the wider cinema sector under current circumstances. As part of that change, the organisation’s Managing Director, Grainne Clarke, will be stepping down from her current role and has been appointed as non-executive Director of the association going forward.

The announcement was made today by the ECA’s Board of Directors. Clarke has been Managing Director of the organization since 2018.

“Grainne has been instrumental in both the transformation and growth of the Event Cinema Association these past four years” says Board of Director representative Janelle Mason. “Under her management, the ECA has significantly increased its member pool as well as expanding into new markets in and outside of Europe. Even more so, her efforts secured funding from the Arts Council for the ECA at a time of great need.”

Clarke has announced that she will be staying involved with the ECA moving forward, in a non-executive capacity.

“As the industry still navigates the road to recovery, we have all faced challenges that have forced us to pivot and be more agile in how we operate. This decision is a further response to those challenges, with the planned restructure ensuring that the ECA can continue to deliver its core objectives. I am still very much committed to supporting and growing this important area of our industry,” said Clarke.

“When I took on the role nearly four years ago, one of my ambitions was to make event cinema a more integral part of wider industry conversations and ensure the role it plays in audience development was better recognised,” Clarke continued. “When I look back at where the Association was when I started, I am so proud of everything that has been achieved, something only made possible by the support and collective vision of the ECA Board of Directors. Together, we remain committed to ensuring that event cinema continues to have a voice and that its importance to the continued recovery of our sector is championed.”

“The ECA is particularly indebted to Grainne, not only for all that she has done to help the Association emerge successfully from the pandemic, but also for becoming a lifeline at a time when content was scarce.” added Board Director Simon Tandy. “Event cinema’s growth in 2020 and 2021 speaks to how important diversity of content is in attracting audiences to cinemas. In the UK alone, event cinema content averagely represents 16% of all cinema content.”

Tandy added, “The value the ECA provides its members will continue to be critical as the industry continues to diversify its content and attract new audiences to cinemas. We have great confidence in the ECA’s ability to continue to guide this sector forward”.

On the year of its tenth anniversary, the ECA is seeking to streamline its operations and create a more efficient operating model. Clarke’s leadership and direction as the organisation evolves into a new operating model has been invaluable.

Event cinema is one of the biggest growth areas of cinema programming. Event cinema content has successfully packaged and delivered a fruitful model that attracts new audiences to cinemas. Audiences that want to enjoy a shared experience of magical moments – whether it be opera, ballet, music, gaming – event cinema is entertaining audiences outside of the traditional forms.