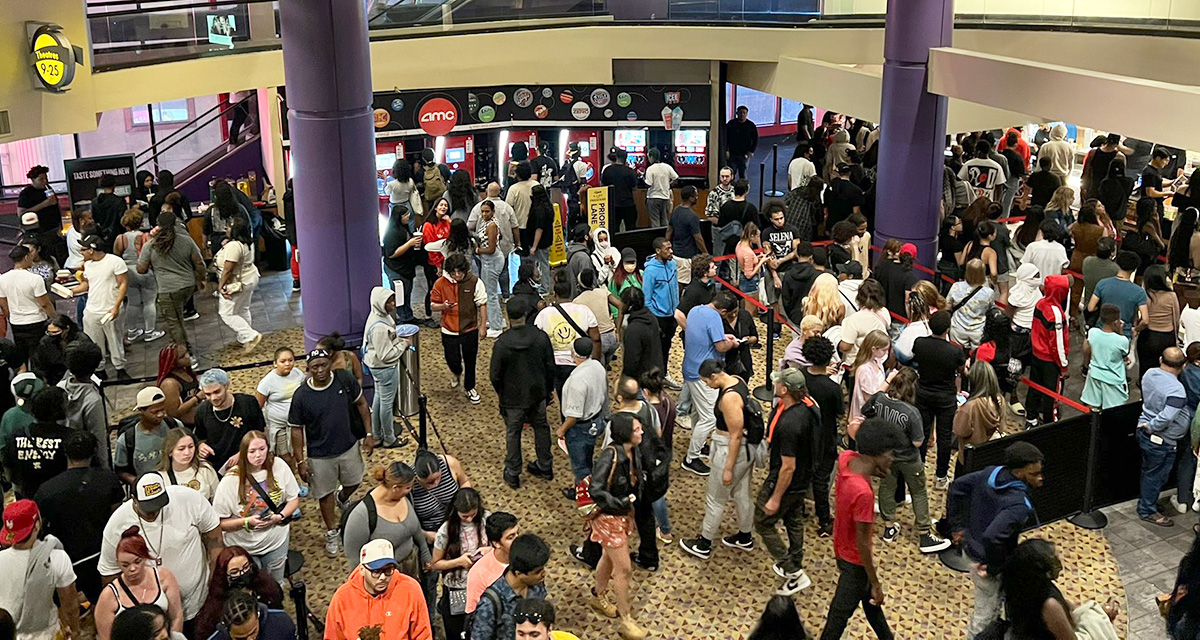 The National Cinema Day promotion on 3 September proved a major success on both sides of the Atlantic, where it racked up over 9.5 million admissions in the four participating markets: the United States, Canada, the United Kingdom and the Republic of Ireland.

Admissions for the US was 7.28 million tickets sold (USD $21.8 million in box office) and Canada had around 820,000 admissions (CAD $3.29 million, or USD $2.5 million), for a total of 8.1 million admissions in North America, generating USD $24.3 million and putting the day it 9% ahead of the previous Saturday according to Comscore. The UK had 1.46 million admissions, while attendance in Ireland was put at 153,000 tickets sold in the Republic of Ireland and a further 53,000 for Northern Ireland, making it over 200,000 for the entire island of Ireland as a whole. The UK and Ireland thus had over 1.61 million tickets, for a total of over 9.71 million tickets sold across the four participating markets.

“Top Gun Maverick” was the top film in North America, bringing its total to over USD $700 million, surpassing “Titanic” as the fifth biggest domestic title of all time, not adjusted for inflation. In the UK it was “Minions: the Rise of Gru” that took top honours. Both markets saw Warner Bros’ “DC League of Super Pets” land in second spot, demonstrating that many families took advantage of the low price to take children to the cinema. The US was also notable for seeing the re-release of “Jaws” land in the Top 10. In the UK National Theatre Live’s “Prima Facie” with Jodie Comer became the biggest event cinema title of all time.

National Cinema Day was hailed as a great success by both the promotion’s organisers and cinema operators. Cinema Foundation president Jackie Brenneman. said, “This event outstripped our biggest expectations. The idea of the day was to thank moviegoers for an amazing summer, and now we have to thank them for this amazing day.”

In the UK it was noted by Cinema First that this latest National Cinema Day exceeds the record of 1.34 million admissions set the last time the UK held such an event in 1997, when Cinema Day saw tickets available for just GBP £1. The 200,000 who attended it in Ireland was to have smashed the forecasts. Canadians meanwhile technically had the best deal, since CAD $3 converts into USD $2.27, GBP £1.98 or EUR €2.29. The attendance of almost 10 million people is also likely to be smashed when India holds its National Cinema Day on 16 September. Tickets there will cost just INR 75 (USD 0.94) on that day.

The longer term success of National Cinema Day is less immediately quantifiable, but will become evident over time. The first question is whether the campaign succeeded in getting those moviegoers that have so far proved reluctant to come back to cinemas to visit again. Families were already going to the cinema, so the success of animated titles was no surprise given the value-for-money (or value-for-Minions) on offer, but were those watching “Maverick” and “Spider-Man” seeing them for the first time or repeat viewings. The second question is whether those that attended were sufficiently wowed by the trailers being shown to want to come back to the cinema for films such as “Black Adam” and “Avatar: Way of Water” when prices are back to normal.

A final question is whether National Cinema Day will become a regular fixture or prove a one-off. Next year the films coming out on Friday 4 August 2023 include “Teenage Mutant Ninja Turtles: Mutant Mayhem” (Paramount Pictures), “Meg 2: The Trench” (Warner Bros.) and “Untitled Universal Aug. 2023 Event Film” (Universal Pictures). Although one or more of these films could still move, it is unlikely that any studios will want their tentpole title to be deeply discounted on opening weekend. Other nearby weekends all have at least one major or event title. What made National Cinema Day possible in 2022, which is a lack of major releases and a need to persuade audiences back to the cinema, may prove its undoing. Yet it would be a shame if this did not once again become a regular feature and no doubt discussions between trade bodies, cinemas and distributors have already begun about running the promotion again. That would be the ultimate proof of the success of National Cinema Day.