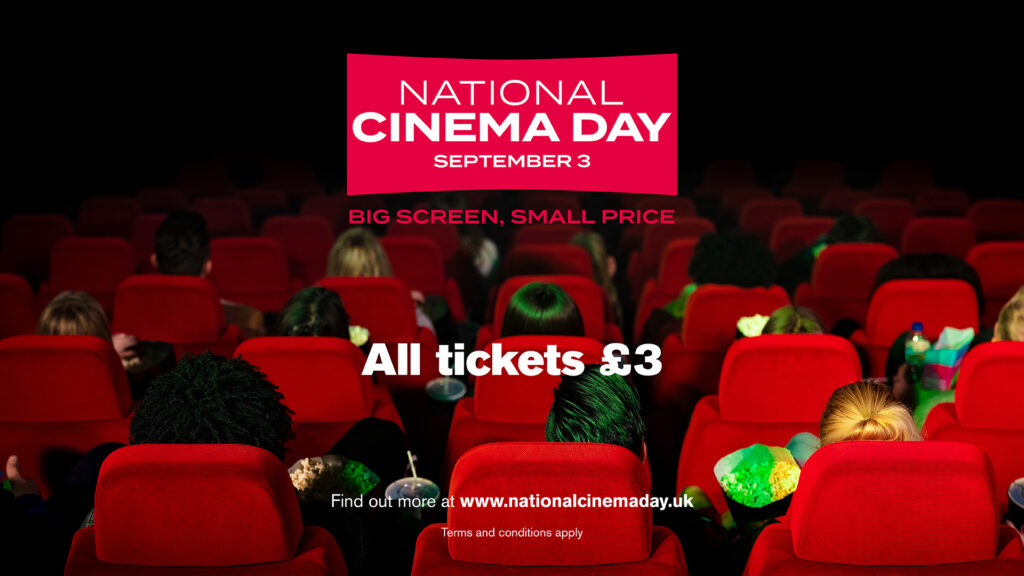 Figures released by leading box office analysts Comscore confirm that Saturday 3 September saw over 1.46 million UK cinema admissions. This is around three times the number normally seen for the same day in the most recent pre-COVID years, and exceeds the record of 1.34 million set by the last UK event of its kind, a £1 Cinema Day held back in 1997.

Enticed by a bargain ticket price of just £3 but also by shows featuring a diverse mix of current and recent film releases as well as much-loved classics, cinema-goers across the UK responded in huge numbers to the invitation to celebrate the unique big screen experience.

Amongst the best-performing titles on the day were Minions: The Rise Of Gru, DC League Of Super-Pets and Top Gun: Maverick, as well as the 40th anniversary re-release of the classic ET.

National Cinema Day was developed by the cross-industry body Cinema First and supported by the Film Distributors’ Association and the UK Cinema Association.

Welcoming the success of the event, Iain Jacob, Chair of Cinema First, said:

“The appeal to audiences of the true cinema experience is universal, enduring and deep rooted. We wanted to celebrate this with a ‘big thank’ you to audiences and a great offer for everybody in the UK.

People clearly really loved our inaugural National Cinema Day. The cinema experience has always been the most enriching and positive form of escapism, by combining the joy of cinema with an amazingly accessible price we are proud to have supported our audiences at this incredibly challenging time.”

Thank you to everybody who came.”

About Comscore
Comscore is a trusted partner for planning, transacting and evaluating media across platforms. With a data footprint that combines digital, linear TV, over-the-top and theatrical viewership intelligence with advanced audience insights, Comscore allows media buyers and sellers to quantify their multiscreen behaviour and make business decisions with confidence. A proven leader in measuring digital and TV audiences and advertising at scale, Comscore is the industry’s emerging, third-party source for reliable and comprehensive cross-platform measurement.