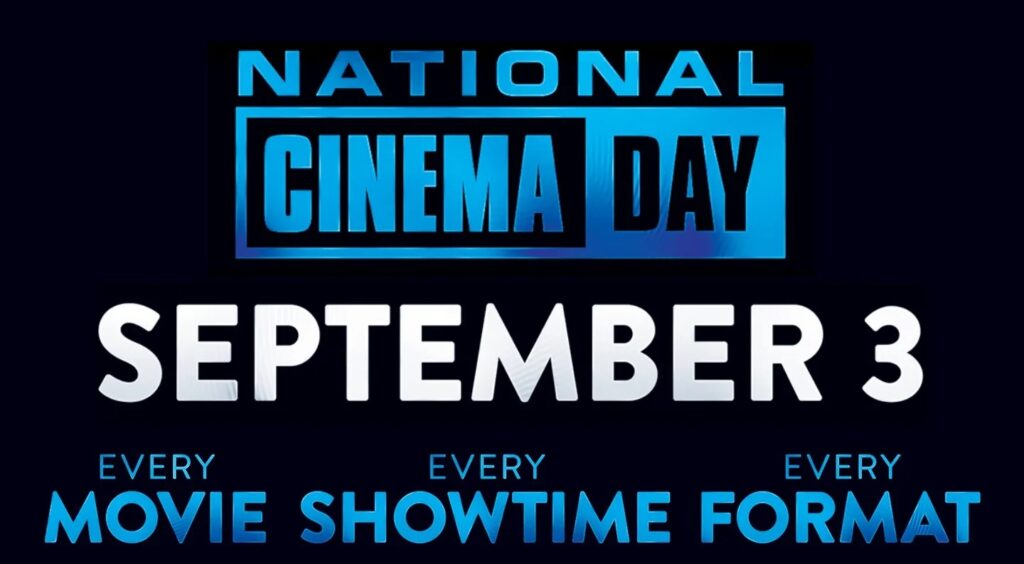 The Cinema Foundation’s National Cinema Day, September 3rd, which welcomed moviegoers to celebrate a day at the movies with discounted admissions brought an estimated 8.1 million moviegoers of all ages to cinemas nationwide.

The one-day event, held at more than 3,000 participating locations with more than 30,000 screens, also collected preliminary box office returns of $24.3 million dollars for the day according to Comscore – a figure 9% ahead of the preceding Saturday – even with discounted admissions. Exhibitors reported sold out shows throughout the day and ticketing websites set up queueing functions to handle online demand.

“With National Cinema Day, we wanted to do something to celebrate moviegoing,” said Cinema Foundation president Jackie Brenneman. “This event outstripped our biggest expectations. The idea of the day was to thank moviegoers for an amazing summer, and now we have to thank them for this amazing day.”

About The National Cinema Foundation
The Cinema Foundation is a donor-supported 501(c)(3) charitable non-profit – is dedicated to promoting the essential cinema exhibition industry by developing future diverse workforces and growing moviegoing communities through research, education and philanthropy.

Since March 2022, the Cinema Foundation’s mission is dedicated to shaping the future of the great collective experience of moviegoing and the cinema industry. It works to support and impact the health of the cinema sector both in the short term and for years to come and is continuously expanding its contributions to the magic of moviegoing. The Cinema Foundation builds on the National Association of Theatre Owners’ mission and relationships and expands NATO’s impact in ways that help individual employees and companies as well as the industry as a whole. We are the Foundation of a great industry. thecinemafoundation.org