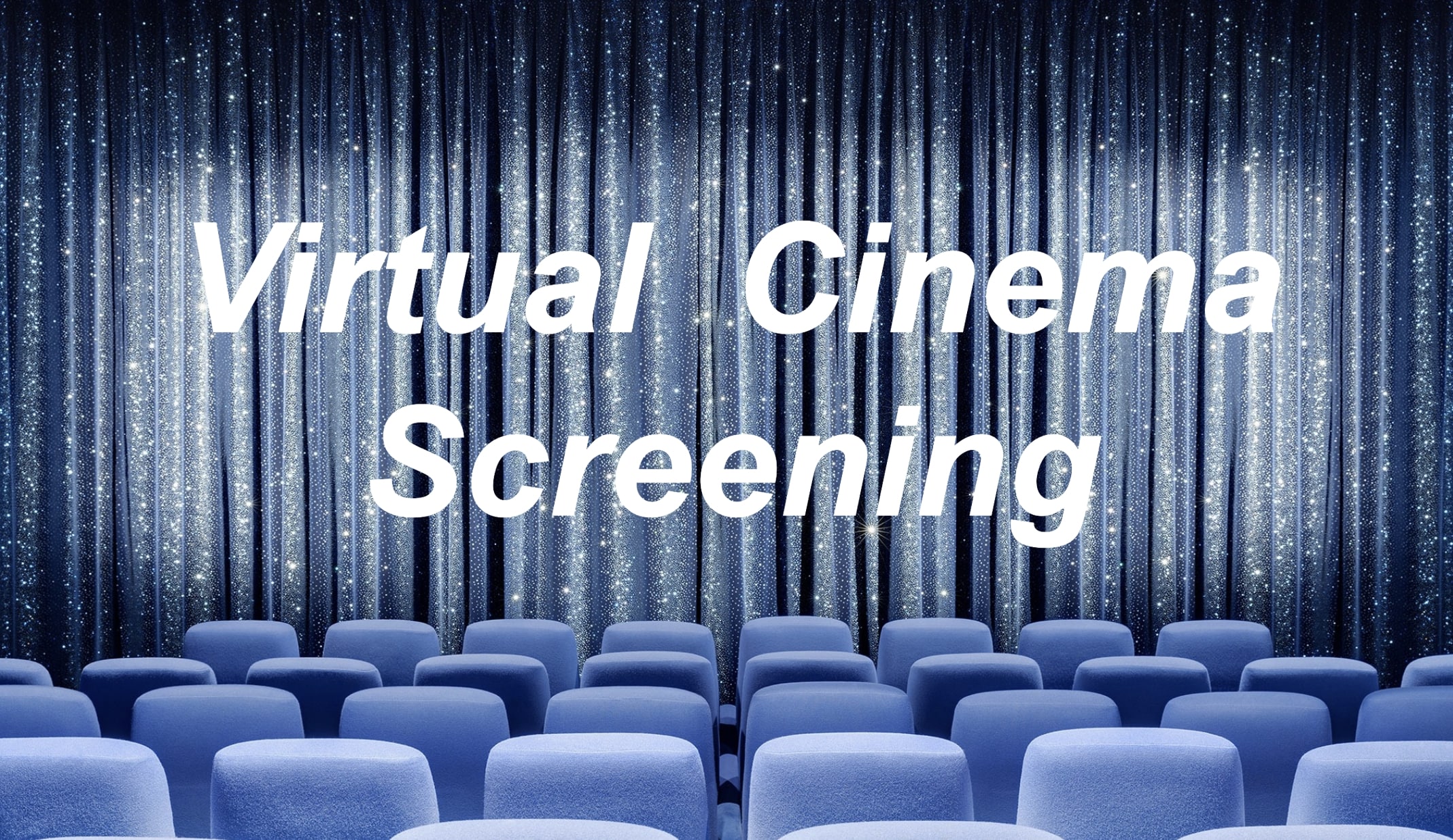 It’s been said before and will continue to be said, but these are unprecedented times in the cinema industry. Over 94% of the world’s commercial cinemas are presently closed due to the coronavirus pandemic.  Exhibitors of all sizes are having to find increasingly inventive ways to stay relevant and at the forefront of consumer minds, and most importantly, try to bring in some much needed revenue. For many, this means partnering with streaming services, something that was implausible even a few weeks ago.

But to paraphrase the immortal words of Dr Ian Malcom: ‘Life finds a way,’ and so do cinemas. Despite the evidence that streaming and cinema going complement each other, there has often been reluctance to build a stronger relationship between the streaming platforms and exhibition. However, in these unusual times, transaction video on demand (TV0D) and subscription video on demand (SVoD) platforms could be a lifeline for many cinemas, and ironically, could be the saviour for some. We’ve taken a look at some of the most interesting VOD and cinema partnerships that have developed or strengthened over the past few weeks.

Yorck Kinogruppe + MUBI
Self-proclaimed ‘Berlin’s cutest cinemas,’ Yorck Kinogruppe is Germany’s largest network of independent cinemas, with venues in Berlin and partners in Hamburg, Munich and Dresden, and a programme of mostly independent and arthouse titles, with some mainstream content.  They have long had a forward thinking outlook, prioritising digital marketing, an engaging social media presence and a focus on sustainability, so a partnership with SVoD platform MUBI made sense from an innovation perspective.

MUBI is a ‘curated online cinema,’ with a strong community of film fans. Each day, film experts choose a new film to go on the platform, and subscribers have a month to watch the content, resulting in 365 films a year, all handpicked by the MUBI team. Given MUBI’s focus on arthouse and independent films, and Yorck’s younger target audience, the partnership was a natural fit.

Until mid-April, Yorck Kinogruppe members will receive a free 90 day subscription to the MUBI platform, encouraging membership, and keeping those members engaged with film content and the community until the cinemas are able to reopen.

Kino Lorber
In the United States, arthouse distributor Kino Lorber has launched the innovative Kino Marquee platform, starting with 12 exhibitors and quickly growing to over 150 exhibitors, including Alamo Drafthouse and Laemmle.

According to Kino Lorber, Kino Marquee is a ‘virtual theatrical exhibition initiative,’ allowing cinemas to generate revenue and provide content to their audiences, while giving customers a unique way to help support their local independent cinema.

The Kino Marquee initiative differs slightly from a more traditional streaming platform as it is designed to mimic the cinema going experience as much as possible. While the content is hosted via Kino Lorber’s virtual platform Kino Now, customers purchase tickets through their local cinema, and the exhibitor markets the film through standard channels, just like with a theatrical release. Customers pay $12 and are sent a link to the ‘virtual screening room’ which grants them access for five days to watch their chosen film.  Profits are split between the exhibitor and Kino Lorber. Additional content, such as Q&As with directors, will also be made available alongside the actual film.

Kino Marquee launches with Cannes Grand Jury Prize winner, “Bacurau,” and with a library of over 1,000 titles, Kino Lorber hopes to make more content from themselves and other distributors available soon, providing important revenue streams for independent exhibitors.

A full list of available dates and participating exhibitors for “Bacurau” can be found here.

Alamo-at-Home
In addition to their participation in the Kino Marquee initiative, Alamo Drafthouse Cinemas are busy building out their own Virtual Cinema catalogue with the introduction of Alamo-At-Home. Apart from titles such as ““Bacurau,” and a number of others available on the Alamo Drafthouse website, Alamo-At-Home will bring the popular Terror Tuesday and Weird Wednesday series to life in your living room.

Terror Tuesday and Weird Wednesday are Alamo Drafthouse’s longest running programing series, and thanks to a collaboration with American Genre Film Archive (AGFA), fans will be able to indulge themselves in the movie, as well as pre-show content, introductions, and discussions conducted on Alamo Drafthouse’s content and editorial, all for $7.75.

The series kicks off with “Terror Tuesday’s Centipede Horror,” a 1982 Hong Kong horror classic, and follows on Weird Wednesday with “Godmonster of Indian Flats,” the story of an eight-foot-tall toxic sheep monster, and more titles will be announced in the coming weeks.

La Toile
Celluloid Junkie has long been a fan of France’s well established La Toile platform, which has been up and running with a large number of cinemas across France since 2016. Originally designed to provide complementary programming to content being shown on the big screen, La Toile is already well-positioned to help exhibitors weather the storm because of their existing partnerships and extensive library.

Unlike a traditional streaming service, La Toile offers a set number of curated films per month. The platform is embedded within an exhibitor’s existing website and allows customers to rent a film for 48 hours for between €1.99 and €5.99. The fee is then split between the exhibitor, the rights holder and La Toile.

While the content available on La Toile may be older than content found on other platforms, the fact that it has been established for a number of years already means that its partner cinemas are able to easily offer a way to keep customers engaged with content, and generate income.

Cinema Beltrade
Elsewhere in Europe, exhibitors are relying on less sophisticated but equally effective methods of technology to provide content and generate revenue. Cinema Beltrade, a small one screen venue in Milan, has created ‘Beltrade on the Sofa’, using readily available video platform Vimeo to embed content on their website.

Cinema Beltrade’s programming focuses on independent films and emerging Italian directors, and that has continued with Beltrade on the Sofa, with around 25 films currently available to view.

As with La Toile and Kino Marquee, Beltrade on the Sofa charges for a virtual ticket, purchased through their website, and splitting the revenue between exhibitor, distributor and platform. Standard tickets are €9, but Cinema Beltrade is offering a range of discounts for all price points to make sure that the opportunity is affordable for everyone.

And the activity isn’t just limited to actual screenings, Cine North is encouraging audiences to interact on social media, and take part in challenges, activities and recipes themed around the films.

Modern Films / 606 Distribution
Distributors are also finding new and innovative ways to help provide support to the independent exhibitors. When London-based Modern Films, who focus on female-led and social issues driven films, were forced to do an early digital release for their new title “The Perfect Candidate” due to the closure of cinemas, they came across an inventive way to support the small exhibitors that would normally screen the film. While “The Perfect Candidate” is available across multiple platforms, anyone who chooses to watch the film via the Modern Films website is given the opportunity to contribute to a participating independent cinema of their choice during the purchase process.

Twenty two cinemas around the United Kingdom, from major cities to small local cinemas have signed up to take part, and Modern Films reports that the vast majority of consumers streaming “The Perfect Candidate” over this past weekend chose to contribute. Modern Films plans to add the option to more films in their library in the near future.

606 Distribution, another female-focussed distributor, were also forced to do an early digital release for their title, “System Crasher”. They chose to follow in Modern Film’s footsteps by giving 10% of the profit from each rental to a cinema of the consumer’s choice if the film is viewed through their website.

Conclusion
These are just a few of the innovative measures that cinemas are undertaking with streaming services to keep the lights on. There are countless other partnerships between exhibitors and VOD platforms around the world. While some of them may be short term solutions, it will be truly interesting to see how the relationship between the two develops going forward. Could this be the end of the sometimes adversarial relationship? Only time will tell.

Jess Carlin
Jess Carlin is a co-founder Screen Moguls. With a background in consumer tech and entertainment, she works on innovation at the intersection of the tech and film industries.