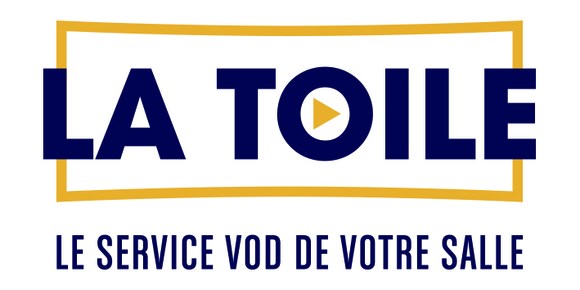 Cinema Tech Innovators is a series where Celluloid Junkie profiles small innovators looking to make a big difference in the world of cinema. These are companies working in online, technology, social media and other spheres to enhance and expand the big screen experience. They are typically start-ups driven by passion and ingenuity, trying to bring change to an industry that has survived for 120 years through gradual evolution and incremental change. They are not disruptors but enablers.

What: With its slogan: ‘Cinema a la Demande’ La Toile is a white label video-on-demand (VoD) service for cinemas. It enables independent cinemas and small exhibitors to offer older films on their own websites to compliment their existing big screen offerings.

Where: The service is already launched in France, where it has been adopted by exhibitors such as Le Métropole & Le Majestic (Lille), Etoile Cinemas (Paris, Vichy and Chelles), Ciné Paradis (Fontainebleau, Chartres and Nemours) and many more cinemas in Paris, Strasbourg, Saint Etienne, Marseille and several other cities. The service catered for 30 cinemas across France as of the end of 2017 and is looking to cross 100 this year.

Who: The service is operated by Paris-based Carbec Media, which was founded in 2016 by Joséphine Létang, who has more than ten year’s experience of working with film festivals (Les Arcs European Film Festival) and cinemas (Mégarama).

How: La Toile is embedded on the websites of participating cinemas, where it offers a curated selection of 20-30 films per month that have a relevance to what is currently being screened in their theatres. The same month the Cannes Film Festival screened Terry Gilliam’s “The Man Who Killed Don Quixote“ La Toile offers “Lost in La Mancha,” the documentary about the director’s previous failed attempt to get the film made. It also offers “Still Walking” by Japanese director Hirokazu Kore-eda, whose “Shoplifters” won this year’ Palm d’Or and “Ida” by Pawel Pawlikowski, who won the Directing prize. Over 20 such themes have run on the service to date.

The films can be rented for a 48 hour period and watched on any web-enabled device for between EUR €1.99 and EUR €5.99, depending on the title. You can also buy a pass for five films in one year for EUR €14. This is not a subscription video-on-demand (SVoD) platform like Netflix or Mubi, as French law currently prohibits new releases to be shown on such platforms for 36 months (hence this year’s Cannes-Netflix acrimony), whereas “à la acte” allows films to be rented online within four months of cinema release. The platform uses the HexaPay (Cinétick) secure payment system.

Why: Rather than fearing or fighting VoD, La Toile lets cinema operators offer an add-on that connects to their first-run film offering. It is an elegant one-stop shop that handles the technology, marketing and legal rights. In addition to enhancing loyalty it is also generates an additional revenue stream, however small, as the fee is split between the cinemas, rights holders and La Toile. With the support of Creative Europe – Media Program of the European Union – La Toile is part of ECVI that brings together VoD platforms from across Europe in France, Germany, Netherlands and Norway.

Celluloid Junkie does not receive any payment from the companies featured in this post; we only pick them because we found them to be interesting and wish to inform our readers of their existence. If there is a company that you feel should be highlighted, then do please email us.