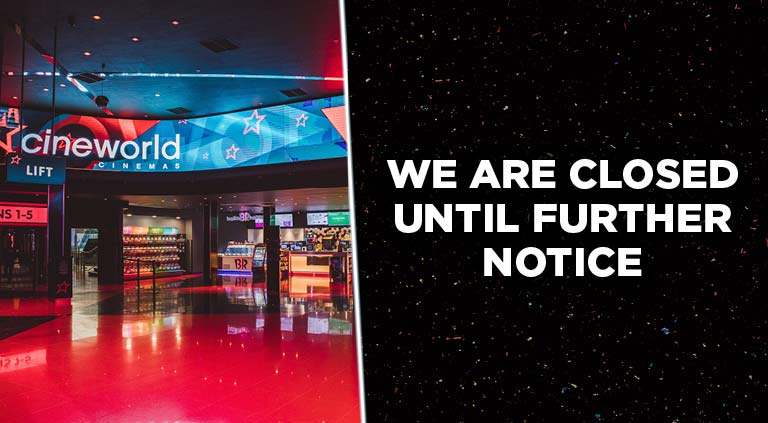 In less than 24 hours two starkly different approaches emerged as to how cinemas in the UK will treat their staff while they are closed because of the Coronavirus outbreak. This was also one of the hot topics at yesterday’s #CJCinemaSummit, where the record number of participants (over 500 people joined) were urged to talk to their HR departments, communicate with their staff and ensure that the financial impact on the frontline cinema team members is minimised as much as possible. But with extended cinema closures a real possibility, different approaches to the issues of cinema staff are likely to become apparent all over the world in the coming weeks and months.

No sooner had Cineworld’s share price started recovering than it was announced that the international cinema major was going to start laying off staff with immediate effect. Quoted in The Telegraph:

A spokesman for the company said that “we are not firing all staff” but declined to comment on precisely how many employees had been let go.

The announcement comes after the company’s head Moshe ‘Mooky’ Greidinger had bragged on 12 March, following a presentation of the quarterly results, in discussing the outlook of the impact of the Coronavirus with the Financial Times, stating that “we are not worried,”:

‘Temporary manpower’ is another word for zero hour contract staff, while to not ‘invite’ them to work is what you say when technically you are not making them redundant. Cineworld has a long history of labour disputes and fractious (to put it politely) relations with its front line staff, given the strike action that has been going on for years with its Picturehouse subsidiary and the refusal to pay the (London) Living Wage. Sackings was also an issue in the takeover of Canada’s Cineplex (which is now in doubt), as highlighted by an interview with Canadian Press:

“The majority of the employees of Cineplex will stay,” he said, when asked about potential cuts to Cineplex’s workforce of about 12,000 employees.

“There will be some redundancies and there might be some changes on the other side of the globe…but we need to look at it and see what we need to do.”

Upon announcing the closures of their cinemas, Greidinger sent an open letter stating, “At Cineworld and Picturehouse we are committed to providing safe and healthy environments for our employees and guests,” though this safety clearly did not extend to employment guarantees.

At the same time Cineworld looks set to save money on rents during cinema closures, as Greidinger revealed to Deadline:

He said that the company would not continue to pay full rent of around $50M a month should cinemas shutter. “We know the contracts and the laws and our partnerships with our landlords who have been with us for decades, so taking that assumption is very, very conservative.” He later added that in Poland, for example, Cineworld will not pay rent “at all” while cinemas are dark.

So Cineworld looks set to avoid having to pay much of its staff and rent while it remains closed. It should be noted that as the CEO and Executive Director of Cineworld Moshe Greidinger’s total compensation is GBP £2,756,000 (USD $3,258,570), while his brother, who is Deputy CEO and Executive Director of Cineworld, Israel Greidinger has a compensation of GBP £2,096,000 (USD $2,478,216).

While not having to go as far as Gravity Payment’s CEO Dan Price, who took a USD $1 million pay cut so that all of his staff would get a minimum salary of USD $70,000, several CEOs of embattled airlines have pledged to take pay cuts of 10%-20% as they ride out the storm of the Coronavirus. No such announcement from Cineworld. The ‘optics’, as they say, are not good for Cineworld, because as we argued in the article yesterday about the decision of some Hollywood studios to stream their films, it is not just what you announce, but when and how you announce it.

A completely different CEO approach was demonstrated the same day when Phil Knatchbull, the head of UK’s Curzon Cinemas that were recently acquired by Cohen Media Group, sent out a tweet:

Cinemas closed but with the support of every colleague at Curzon and our new owner we have instigated a plan to hopefully avoid any redundancies for 3 months. Your support of Curzon Home Cinema during this difficult period time will really help. #curzonhomecinema #livngwage

The pledge to try to avoid any redundancies for as long as three months was met by widespread support, as seen in the comments that followed the tweet. Knatchbull had previously talked about the fact that implementing the ‘living wage’ was costly but that it ‘paid for itself. As described in this article in Screen Daily: “Curzon CEO Philip Knatchbull has stated that the company’s decision three years ago to implement the London Living Wage for its staff is having positive ramifications across the business.” The same could turn out to be the case in terms of staff treatment when cinemas re-open.

It is clear that many cinemas will have to make painful staff cutbacks, cuts and outright redundancies in the coming months. But as was pointed out in the Greidinger interview, once cinemas are closed there are just two large fixed expenditures, namely rent and manpower costs.

The rent can be managed as cinemas are usually considered ‘good tenants’, as pointed out by The Big Picture’s Rob Arthur in yesterday’s #CJCinemaSummit. They tend to sign up for ten years or more, rarely go under (unlike restaurants or retailers) and generate a steady income, while acting as an ancho tenant in malls and providing a ‘halo’ effect for the night time economy in city centres. Many landlords are prepared to be helpful in these challenging times, as demonstrated by London landlord Argent yesterday, who gave their clients a three-month rent-free period in the prime location of London’s King’s Cross station.

London landlord Argent is to introduce a three-month rent-free period for all retail, leisure and food occupiers in King's Cross. Cinemas should try to negotiate this with their landlords. More comes as lease forfeiture moratorium is underway. pic.twitter.com/5DsMzU8vSd

The issue of staff treatment is particularly important because several market segments (airlines, hospitality) and businesses will be hoping for government support and bailouts. Cinema trade body NATO called for such measures from Congress this and European trade body UNIC is expected to issue its own call today. Countries such as Denmark have issued guarantees that the state will cover 75% of salaries of employees in crisis hit companies for up to DKR 23,000 (USD $3,418) per month, if their employer covers the other 25% and pledges not to make any redundancies.

With a backlash to the bailout of banks during the financial crisis in 2008, governments will be mindful this time to not be seen to be rewarding reckless and bad corporate behaviour, such as sacking of staff after international over-expansion, fuelled by gorging on cheap credit.

An article in Quartz argues that, “The focus of the [US] federal policy response should be on the unemployed and small businesses who are likely to suffer most during the response to the pandemic through no fault of their own, with targeted cash relief.” Rather than bailing out big airlines, banks or international cinema conglomerates, it may make more sense for governments to nationalise them and focus on helping the staff. Such move would be unprecedented; but we are living through unprecedented times.