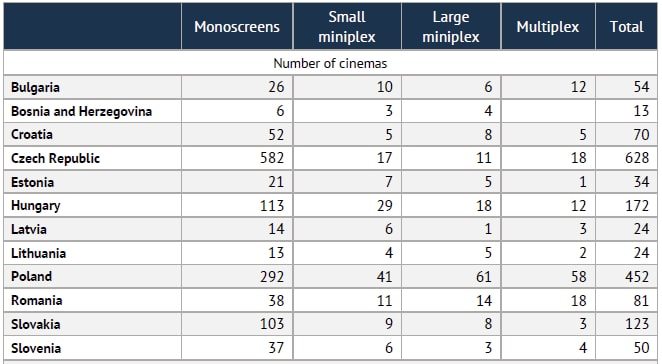 EU – Central and Eastern Europe remain significantly under-screened, presenting an opportunity to operators such as Cineworld and Cineplexx that are already established in the region. The findings come in a report published by the European Audiovisual Observatory (EAO), which finds that “Eastern Europeans make up 20.2% of the EU population but they only have access to 11.9% of cinema screens.” The region is still heavily dependant on single-screen cinemas, meaning that there are major multiplex opportunities for future growth, particularly in territories such as Romania and Bosnia & Herzegovina. EAO – 15 March 2018 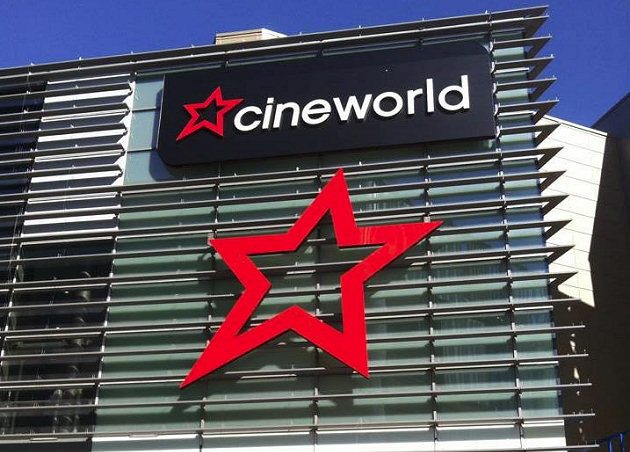 UK – Cineworld’s full-year results saw revenue grow by 11.6% to GBP £890.7 million, while pre-tax profit jumped by 22.7% to GBP £120.5 million, on the back of blockbusters (BO up 6.4% to GBP £553.7 million) and growth in concession sales (retail up 11.1% to GBP £220.4 million). Two weeks on from having completed the acquisition of Regal, Cineworld is confident about making the merger work. CEO Mooky Greidinger is quoted as saying: “The US is the biggest cinema market in the world and we are confident that this transformative acquisition will be a great success.” Independent – 15 March 2018

UK – Everyman posted even more impressive results, with profits tripling on the back of new cinema openings. “Pre-tax profit increased to £1.63m, up from £540k, as revenue rose by 37% to £40.6m.” Three new locations opened in 2017 bringing the total to 22 and a further nine planned, including one in Crystal Palace. Stockmarketwire – 14 March 2018

UK – Curzon’s CEO Phil Knatchbull says that paying the London Living Wage (GBP £10.20 per hour) has proven good business in the long term. Having introduced it three years ago, it resulted in higher costs in the first tow years but better staff morale and productivity in the third year. “If you look after people and pay people properly, you’re going to get a lot out of them, they’re going to be a lot more keen to work with you,” Knatchbull is quoted as saying. Cineworld-owned Picturehouse has been involved in labor dispute with staff over wage, union and related issues for years. Screen Daily – 15 March 2018

France – It’s springtime for cinema in France with the annual 4 euro for every film season running between 18 and 20 March. The three-day festival offers cheap tickets for all viewers for all screenings that are not IMAX or 3D. “On the initiative of this 19th edition of the Printemps du Cinéma, the National Federation of French Cinemas (FNCF), which brings together 5800 movie theaters in France and which is partnered with BNP Paris.” It is off to its best start since 2008 with 1.5 million tickets sold on the first day.  FranceTVinfo (FR) – 18 March 2018

USA (NY) – Shares in National CineMedia dropped following the announcement of it financial results. Yet Julian Lin on Seeking Alpha sees this as a buying opportunity as he feels that MoviePass will have a positive impact on cinema going in the US that will benefit NCM. There were also new appointments to the board of NCM as Renana Teperberg from Cineworld took over the Regal position and Mark Segall also joined. Seeking Alpha – 14 March 2018

USA – Camcording film theft is on the decline globally – with the exception of Russia – according to a new MPAA study. In 2017 some 447 illegal recordings of member studios’ movies were found online, compared to 503 titles the year before or an 11% decline. But there’s been a 200% increase in Russian camcordings, which is said to be enriching ‘criminal syndicates’. In 2015 there were 26 camcorded copies traced to Russia but last year that had jumped to 78, from cinemas in Moscow, Kazan, Tatarstan, St. Petersburg, all the way up to Siberia. TorrentFreak – 11 March 2018

Ivory Coast – Cinemas are slowly making a comeback in Africa. Côte d’Ivoire has seen three cinemas open in financial capital Abidjan since 2015 and three more are expected this year. All old cinemas in the country were gone by the early 2000s, but cinemas like The Majestic are now showing Hollywood movies and some local titles for between 3,000 and 5 000 CFA francs (USD $5.61 and $9.36) per ticket. RFI (FR) – 18 March 2018

UK – A man who dropped his phone at a Gold Class screeing in Vue’s Birmingham Star City multiplex got his head stuck under the motorized footrest of the recliner seat. He then suffered a heart attack from the shock. He was taken to hospital “in a serious condition”. People dropping phones are a major problem with motorised recliners and cinemas even warn that the phones can get crushed, so better to ask for help with retrieving them. The Punch – 16 March 2018

File under ‘This is Cool’: our friends at Powster have just launched a ticket booking site that let’s you see the layers of VFX that made Universal/Legendary’s “Pacific Rim uprising” possible. Go through the pages and then move your cursor or finger (it works best on iPhone or Android) up or down to gradually reveal the layer of effects. Smart way to get potential customers interested and awed. vfx.pacificrimtickets.com