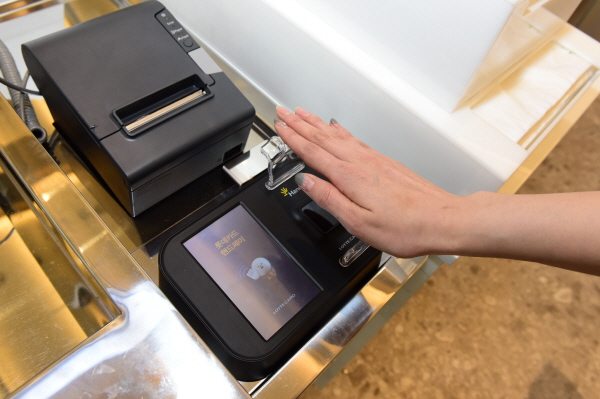 Disney/Marvel’s “Black Panther” is a billion dollar global phenomenon, having just taken USD $66.5 million China. The only part of the world where audiences aren’t flocking to cinemas by the millions to see this take on all-black cast superheroes and Afrofuturism is Africa itself. Because with a handful of exceptions, the continent lacks a widespread cinema infrastructure.

Where the film has screens in Africa it has been met with raves. “The hero is all of us in Africa and the diaspora. It’s a remarkable thing,” says John Kani, celebrated South African theater actor and writer who plays the Wakanda king’s father. The film has scored box office records in both West and East Africa, taking USD $400,000 and $300,000 respectively. But even though this includes IMAX cinemas in Nigeria and Kenya, those figures illustrates just how few cinemas there are in the region outside of South Africa.

In nearby Malawi (pop. 18 million) there is not a single cinema left to screen “Black Panther”. One of the last, Cine City Cinema in Blantyre, lacks the USD $300,000 to upgrade from analog to digital. “We are deprived in the 21st Century of the small luxury we used to take for granted way back in the 20th Century,” a local columnist for the Backbencher wrote recently. There are effort underway to change this by local operators such as Nigeria’s Filmhouse, as well as outsiders such as Vivendi, but these are still small scale compared to the size of the continent.

While there is understandable excitement about the opening of Saudi Arabia to cinemas, it should not be forgotten that a short flight away there are other countries no less lacking in big screen entertainment. This can be seen as a problem – or an opportunity by cinema operators with global ambitions, who are willing to take a calculated gamble, just like Disney and Marvel did in green-lighting “Black Panther”. Because we don’t just need more African cinema super heroes; we need more African cinemas.

Korea (Republic of, South) – Meanwhile rival Megabox has unveiled its own scent. ‘Garden of the Boutique’ (it sounds better in Korean) can be experiences at five Megabox multiplexes: COEX, Bundang, Hanam Starfield, Central and Ilsan Bellashita. It was developed together with Centon, “which has been leading the domestic scent marketing for over 20 years, is actively serving fragrance service in luxury hotels, domestic and foreign cars, fashion and financial institutions, and public institutions.” Greened (KR) – 13 March 2018

USA (CA) – The people behind the MoviePass copycat cPass have revealed themselves to Deadline. Puay and Pegram Vahabi have a background at Pandora and Amazon and co-founders of Justa.beer and digitialars (both defunct). They incurred the wrath of leading UK exhibitors by allegedly using their logos without permission or agreement (now removed). It doesn’t appear to have funding and the founder talks about an ICO (initial coin offering). The polite description of the venture would be ‘early days’ and ‘beta phase’. Deadline – 12 March 2018

Germany – Cinemaxx is dropping prices to 5.99 euro in three locations (Halle, Offenbach and Wolfsburg) as part of a trial to see if it increases attendance. The trial appears not to be part of a switch to dynamic pricing, but a semi-permanent reduction similar to what parent company Vue did in the UK in February when it cut prices to£4.99 across 22 sites. As in the UK, the price excludes 3D and VIP seating but applies to all other screenings throughout the week. MZ (DE) – 8 March 2018

Vietnam – CJ CGV’s operation in Vietnam could have a local IPO as soon as October of this year. “CGV Vietnam’s market value is estimated at 400 billion won ($375.5 million), according to investment banking sources on Monday. The lead underwriter is Shinhan Investment Corp. with Hanwha Investment & Securities Co. to also advise on the initial public offering.” The company will hold a road show overseas before then. After Vietnam IPOs are planned for CGV’s operations in China and Turkey. Pulse News – 13 March 2018

Saudi Arabia – US-based upscale chain iPic is the latest to announce that it has signed a deal to open cinemas in Saudi Arabia.  “iPic said in a statement that it has formed a partnership with BAS Global Investments Company following Saudi Arabia’s decision to lift a decades-old ban on cinemas in the Gulf kingdom.” The chain will include one of its three signature restaurant concepts (The Tuck Room, Tanzy, and City Perch) in each cinema that it opens. No details on dates. Meanwhile Cinepolis just announced a 15-screen multiplex in Oman and could be targeting neighbouring Saudia Arabia next.  Arabian Business – 9 March 2018

India – A strike is set to expand for cinema in the south Indian state of Tamil Nadu on 16 March. Tamil Film Producers’ Council has issued a list of six demands, of which the first reads “Producers will not accept or pay the VPF fee for Digital Service Providers (UFO and QUBE).” It also calls for flexible ticket pricing based on venue, slashing online ticket charges, all theatres to use ‘computerised ticket booking.,’ and more. Hindustan Times – 10 March 2018

USA (KA) – For those that haven’t read it, we strongly recommend reading the Seeking Alpha transcript of AMC’s earnings call with CEO Adam Aron. There are lots of nuggets of information, such as 55 planned refurbishments this year with recliners (15 in UK/Europe and 30 mainly in old Carmine cinemas), 100 cinemas targeted for recliners in Europe, a USD $1 upcharge over weekends in 200 US locations, “PVOD is dead”, its first cinema in Saudi Arabia opening in Q2 and lots more. Seeking Alpha – 1 March 2018

Sweden – A couple was beaten up by a gang outside of SF Bio’s multiplex Bergakung in Göteborg (Gothenburg). The couple had told a group of young men to be quiet during a screening, with the woman claiming she was set upon already in the cinema. SF Bio (part of Odeon/AMC) has said that it will employ security guards as these types of incidents have become more common. Aftonbladet (SE) – 9 March 2018

UK – A man has been charged for bringing a loaded air pistol into a cinema in Derby. “A court heard how Andrew Sanderson was found to be carrying the Sig Sauer brand carbon dioxide powered weapon at the Showcase at the Intu Derby shopping centre on October 4, last year.” The man took a photo (above) of the weapon in the shopping centre. He was jailed for 18 weeks, suspended for 18 months, and ordered to carry out 200 hours of unpaid work. Derby Telegraph – 10 March 2018

Argentina – There Will be Blood donations once a month at the Espanol cinema in Neuquen. On the first Tuesday every month members of the public are being asked to come and give blood under a joint initiative by the Regional Hemotherapy Center (CRH) and the Banco Provincia Foundation. Rio Negro (ES) – 10 March 2018

USA (CA) – The Hot Tub Cinema phenomenon that has been sweeping London, Sydney, Brooklyn and other cities will wash over Los Angeles this summer. There will be six screenings for 20 tubs holding up to five people each, with tickets expected to be around USD $40. (Time machine optional.) CBS Los Angeles – 11 March 2018