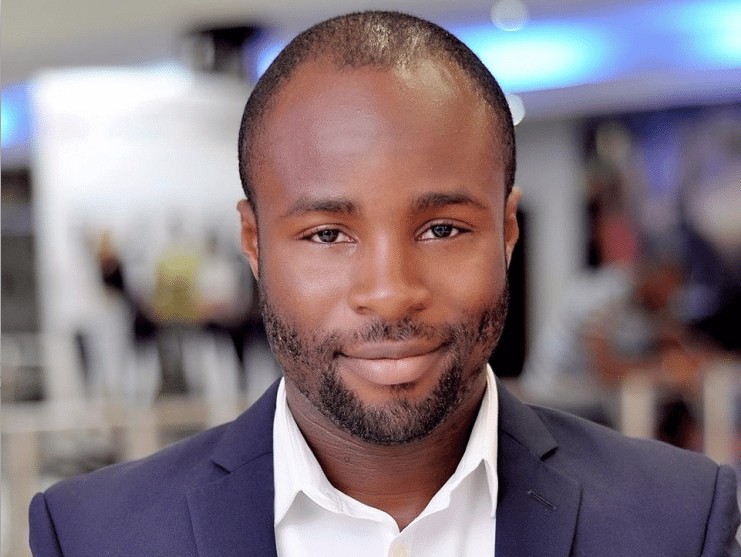 Nigeria is the world’s second largest market in terms of films produced and it is now also Africa’s fastest growing cinema market, with multiplexes, IMAX screens and VIP cinemas catering to the prosperous Nigerian middle class. Having first met and been impressed by him at CineEurope, Celluloid Junkie spoke to Damola Layonu, Operations Support Manager Filmhouse Cinemas and FilmOne Distribution – Production, about how audiences are being tempted back to cinemas, what domestic and foreign films work, the factors driving cinema growth and how West Africa has the potential to be the next Southeast Asia in terms of explosive cinema growth.

Celluloid Junkie: Nigeria has the world’s second largest film industry. What are the changes underway on the production side and are people more willing to pay to see these films in the cinemas now?

Damola Layonu: People are definitely more willing to see films in the cinema now. Nigeria’s total box office takings for 2016 was over N3billion [USD $8.32 million], a record high for the industry, and Nollywood forms at least a quarter of that. The trend this year is indicating that the total BO may double by the end this year.

Producers are investing more in equipment, with more films being shot with 4K cameras than ever before, and they’re also looking for more exotic locations. This year, FilmOne prouction is teaming up with 3 renowned studios for the sequel to the record-breaking film, “The Wedding Party“.  A significant portion of the sequel was shot in Dubai, and the results are stunning to say the least. “10 Days in Sun City“, which was released in June was almost entirely shot in the picturesque Sun City resort in South Africa.

CJ: Can you tell us a bit about what other Nigerian films have connected with local audiences.

Damola Layonu: It’s great that you use the word “connect” as this really remains the key to making huge box office figures here in Nigeria. The reason why “The Wedding Party” was such a hit was primarily its ability to capture the hearts and minds of every person that watched it. The characters represented such a wide diversity of cultures, idiosyncracies and age demographics, so that nearly every member of the audience could see a bit of themselves in the film. The subject matter – weddings – continues to be perhaps the most topical issue facing modern Nigerians today.

Furthermore, there are textbook indicators for box office success, namely Genre (comedy or romance), Star power (Ramsey Nouah, Omotola Jalade Ekheinde, Ayo “AY” Makun, Omoni Oboli, Toyin Aimakhun, Richard Mofe-Damijo to name a few), and duration (never over 105 minutes), amongst others. Films that have done well on all these bases include “The Wedding Party”, “A Trip to Jamaica”, “Okafor’s Law”, “Isoken”, “76”, “October 1”, “Alakada Reloaded”, “10 Days in Sun City”, and “Hire A Man”.

CJ: Which genre of Hollywood films and any particular actors are the most popular with Nigerian audiences?

Damola Layonu: Superhero-based movies are amongst the most popular, only exceeded by mega action franchises like “Fast and the Furious” or stand-alone Adventure/Epics like “Assassin’s Creed”. In 2016, most of the films comprising the top 10 box-office performers fell within one of these genres. Examples include – “London Has Fallen”, “Gods of Egypt”, “Suicide Squad”, “Assassin’s Creed”, “Doctor Strange” and “Mechanic Resurrection”.

CJ: Is the growth of cinemas in Nigeria being driven by mall developments, a growing middle class or other factors?

Damola Layonu: All of the above. The culture of cinema is growing and this is driven mainly by an insatiable appetite for entertainment. The social factor also continues to push the industry, as people generally prefer to enjoy movies together in a group.

CJ: Filmhouse Cinemas operates Nigeria’s largest network in terms of number of cinemas, with 43 screens across ten sites. Can you tell us a bit about the origins of the company?

Damola Layonu: The three directors of the company – Messrs Kene Mkparu (MD), Kene Okwuosa (DMD) and Moses Babatope (ED) all have significant experience (a combined span of almost 100 years) in the cinema business. They also derive this experience from a leading brand in the industry – [UK’s] Odeon.

CJ: Filmhouse has a stated ambition to operate 25 cinemas by 2020. How and where do plan for this growth to take place?

Damola Layonu: Actually, the plan is to own 105 cinemas by that time. Watch this space!

CJ: Nigeria also has Silverbird and Genesis operating several multiplexes, as well as some smaller operators. How intense is the competition today?

Damola Layonu: While Filmhouse recognises the worthy competition of the other big players in the industry, it is our firm belief, based on experience, equipment, and analysis, that Filmhouse Cinemas is in a league of its own. Filmhouse still holds the most significant market share, and operates the only IMAX site in West Africa.

CJ: Are you affected by currency fluctuations and ability to import equipment for new cinemas?

Damola Layonu: Currency fluctuations affect our business just as they do a wide range of businesses in the country.

CJ: Imax has said that their Nigerian screen has comparable revenue to its screen in more developed cinema markets. Do you see more potential for premium large format in Nigeria? What about other cinema innovations like 4D seating etc.?

Damola Layonu:  The potential is always there. It’s really a matter of location and the right marketing. Despite its vast customer base, Nigeria is a tough market, as every business is a hit or miss situation, and competition is always creeping up. Filmhouse IMAX has competed strongly because of consistent business analysis, and a willingness to adapt to changing market attitudes and realities, even when this involves making tough decisions. Anyone would have told us that an IMAX in Nigeria couldn’t work, but Filmhouse found a way. We’re already looking into the next big attraction and that could very well be 4D seating.

CJ: Silverbird also operates cinemas in Ghana. Do you see a role for Filmhouse to expand to other African countries?

CJ: What are your thoughts about the plans of Canal+ to build a 100 screens across Africa?

Damola Layonu: This is excellent, particularly for our distribution arm, FilmOne. We can’t wait to saturate the market with great content.

CJ: There’s been a lot of interest from US, Chinese and Korean cinema operators to buy and build cinemas in emerging markets like Vietnam, Indonesia and Turkey. Has there been any outside interest in Nigerian cinema operators or do you anticipate that there will be?

Damola Layonu: Nigeria is a bustling and fast-growing economy, and the film and cinema industry particularly so. You can bet there is foreign interest.

CJ: Where do you see Nigerian cinema five years from now?