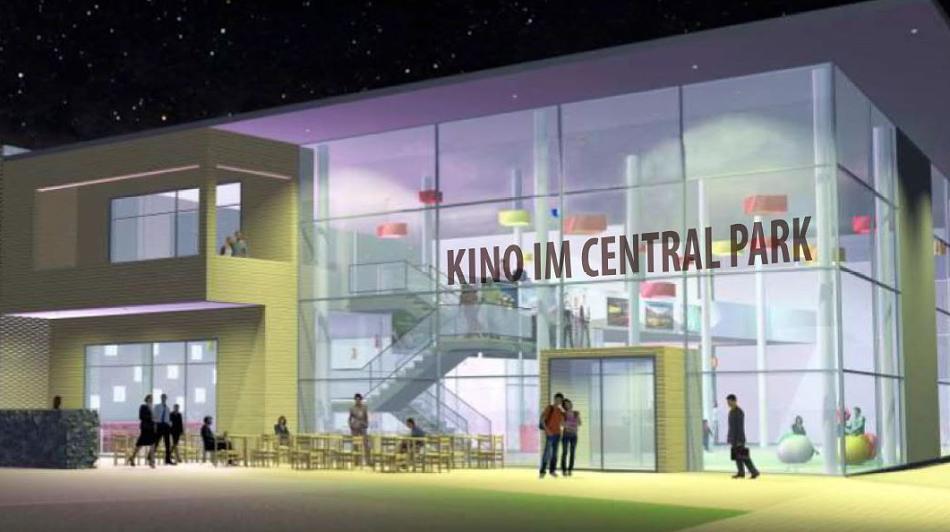 ArcLight Hollywood is the CJ + Vista’s Cinema of the Month

Germany – The long-planned multiplex in Kamp-Lintfort is “100%” opening in 2018. The final round of investment has been completed, with six investor contributing euro 5.5 million, with a further euro 2 million from Consultheis. Shovels in the ground in six weeks. RP Online (DE) – 31 May 2017

Japan – The first cinema with a dedicated children’s play area auditorium is opening in Japan. The Aeon Cinema Tokoname will open on 12 July with nine screens and 1,100 seats. The children’s screen will include a ‘wave slider’ and trampoline equipment. AV Watch (JP) – 31 May 2017

Canada (AB) – Construction has started on The Commons shopping centre in Eagle Ridge, Fort McMurray. The eight-screen Landmark cinema will have a 25-foot wall-to-wall screen and over 900 power recliner seats. Initially the plans were to construct a 10-screen multiplex with 1,100 seats. The changes are said to “fit the site plan better.” The town of Fort McMurray suffered a catastrophic fire last year, but is slowly returning to normal. Fort McMurray Today – 30 May 2017

UK – Liverpool’s Metquarter is set to get a boutique cinema when Everyman moves into the Victoria side of the complex. “The cinema will feature four screens and will showcase a mixture of brand-new films and independent movies. Inside, it will feature sofa seating, at-seat food and drink, a stylish bar and a screening lounge which will be available for private hire and corporate events.” Opening is set for autumn 2018. Some fear confusion of the theatre with the same name already operating in Liverpool. Liverpool Echo – 2 June 2017

UK – The Montrose Playhouse project is hoping for a boost from Jewson’s Helping Build Better Communities competition, for which it has been shortlisted and which has a top prize of GBP £50,000. Voting is now open on the Facebook page until 18 June. The Courier – 30 May 2017

UK (Scotland) – St Enoch cinema seeks 24-hours licence to be able to show premieres and movie marathons. Operators Sovereign Centros states in a submission: “Film premieres often have to be shown at 12.01am where they are embargoed from the USA until one minute past 12. This would mean that the screening would run beyond 3am.” Glasgow Live – 30 May 2017

UK – The opening of South Ruislip’s 11-screen Cineworld has been moved forward form 7 July to 5 July. “The Cineworld will show both Hollywood and Bollywood releases and will contain a Baskin Robbins and Starbucks to go with the usual multiplex concessions.” The development is on the site of the old Express Dairies.  Get West London – 1 June 2017

UK (Wales) – Investment company Conygar is withdrawing from the planned Haverfordwest development that would include both retail and a cinema. However, another company may build a cinema nearby. “Fairacre proposes the part demolition and reconfiguration of the Wilko store to provide a multi-screen cinema and four restaurants along the River Cleddau.” BBC – 2 June 2017

New Zealand – Palmerston North’s Focal Point Cinema opening has been delayed from middle to the end of November. “The amount of construction going on in the city at the moment had made it hard to find times where all the necessary consultants and contractors were available, Matt Bell said.” The former Beds 4 U building has had to be earthquake strengthened. Stuff – 2 June 2017

USA (CA)  – A 14-screen luxury multiplex opening in Rialto in July. The Rialto Marketplace is anchored by a Walmart that is opening on 20 July. SB Sun – 5 June 2017

Korea (Republic of, South) – Is this the world’s deepest regular multiplex cinema screen? CGV’s B5 bed cinema is located in the fifth basement level and you have to access sit via an elevator. It also has a dine-in restaurant called Cine de Chef and the evening shows sell out weeks in advance. It is one of the TEMPUR cinemas in partnership with a mattress maker. Patrons get a KRW 100,000 gift certificate towards purchasing on of the mattresses. Egeennews (KR) – 1 June 2017