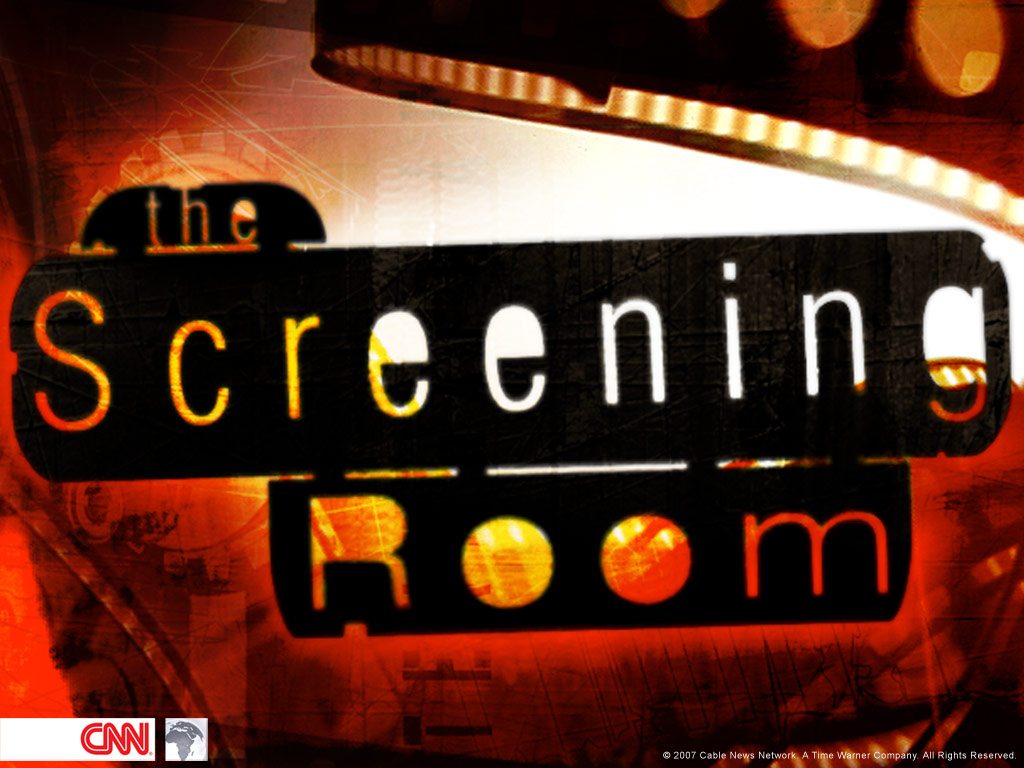 USA (CA) – A long and detailed article with lots of insights about the progress of Sean Parker’s Screening Room and efforts to establish day-and-date premium video-on-demand (PVoD) is undercut by a lazy clickbait headline: ‘Hollywood is fighting billionaire Sean Parker’s plan to let you rent movies still in theaters for $50.’ Nobody is “fighting” Parker. Disney is ignoring him, but no studio is ‘fighting’ him. Cinemas also aren’t ‘fighting’ him. Trade bodies aren’t ‘fighting’ him either. They are all in discussions with him that have not yet resulted in a convincing value proposition for all stakeholders, which the article itself makes clear. But that makes for a far less sexy headline. (NB: the above image is CNN’s Screening Room – unrelated to Mr Parker’s effort, which remains logo-less) Business Insider – 31 May 2017

USA – Following the weak Memorial Day weekend for cinemas, shares slumped to a 52-week low for AMC (-3.2%) and Imax (-4.5% – 52-week graph above), with doubts about the cinema growth potential of China also weighed down on Wall Street’s sentiment. No doubt both will pick up after a strong showing of “Wonder Woman” this weekend, but there are deeper fears that the shine has come off the 2017 box office. Seeking Alpha – 31 May 2017

India – Meanwhile cinema in India is picking up, with last years dip to 3% the exception in a trend that saw average growth of 7% for the previous three years. Blockbusters like “Dangal” and “Baahubali 2: the Conclusion” contributed significantly in 2017 and economic improvements in Tier II and III cites is also seeping through to box office collection. Meanwhile cinema advertising is expected to grow 15% this year, above all Indian adspend of 13.5%. WARC – 30 May 2017

Construction of a mall is central to PVR’s expansion. It doesn’t own any multiplex of its own anymore nor does it lease standalone properties, choosing to house its multiplexes in malls where it is often the anchor tenant. The company thus ended up being a hapless bystander to the collapse in real estate construction that took place in the last 3 years.

USA (CA) – RealD’s Micheal Lewis comes to the defence of the 3D format. “It’s going to force blockbusters to feature higher levels of visual excellence, and it’s gonna put pressure on movie theatres to improve their environment.” The reality is that 3D is only a driving force for cinema in China (where it is still big). At least until the next “Avatar” comes out. iNews -30 May 2017

Canada – Cineplex is diversifying as it faces multiplex entertainment options, including streaming. “It’s a very different business today than it was 10 years ago,” said Pat Marshall, vice-president of communications and investor relations at Cineplex. “I think a big part of [our success] is the focus on our diversification strategy.” VIP Cinemas,UltraAVX (PLF), immersive seating, Digital Signage and the Rec Room are some of the efforts the company is doubling down on. Business Vancouver – 30 May 2017

Lebanon – WB’s “Wonder Woman” has been officially banned in Lebanon – because the nationality of the lead actor. “The ban followed an effort by a group called Campaign to Boycott Supporters of Israel, which urged the Lebanese government’s Ministry of Economy and Trade to block the film because its star, Gal Gadot, is Israeli.” Lebanon’s film pirates are cheering. Meanwhile Israel’s Channel 2 was censored by the film producers from broadcasting Gal Gadot’s views on the Lebanon boycott. LA Times – 31 May 2017

USA – CNN does an article of how theme park rides came to the cinema this summer, i.e motion or immersive seating. More specifically market leader 4DX. Nothing radically new in terms of insights, but some fresh stats. “There are now 375 such theaters in 48 countries, including nine major cities in the U.S. Seeing a movie in 4DX carries a $6 to $8 surcharge.” CNN’s final verdict on the technology? A pithy, “an interesting if not yet fully realised tool.” CNN – 30 May 2017

UK – The struggle to find an audience for foreign arthouse films in the UK – here is an interesting observation:

The lack of UK multiplex interest in foreign-language fare is surely a factor in Curzon’s decision to release most of its own titles day-and-date on its Curzon Home Cinema VoD platform, thereby definitively excluding them from consideration by major exhibitors Odeon Cinema Group, Vue Cinemas and Cineworld.

Worth reading in full for the other insights. Screen Daily – 1 June 2017

Canada – The first review of the first film to be shot for Barco’s Escape three-screen format is not encouraging:

As demonstrated via The Recall, Barco Escape is pure gimmickry. It adds absolutely nothing of artistic (or entertainment) value. More often than not, it results in disorientation and neck craning, as the discombobulated audience members jerk their heads around trying to figure out which screen to look at. It doesn’t help that The Recall doesn’t particularly lend itself to the experience.

The review is detailed and considered, though one should not dismiss the technology on the basis of one film. The Globe and Mail – 1 June 2017

UK – The Odeon cinema in Orpington was evacuated after reports of smoke being seen. The Fire Brigade was called but after searching the building, no fire was found. Customer Paul Cloke tweeted: “@ODEONHelp Total shambles @ Orpignton 2night. Dangerous evac route, rude staff & total lack of communication. Let’s hope my money is sorted?” Kent Live – 30 May 2017

Australia – The MovieReading app enables vision-impaired cinema audiences to follow along with their latest blockbuster. “The MovieReading app detects the point the film is at, via the phone’s microphone, and streams a detailed descriptive audio track, which tells the user what is appearing on the big screen.” The app is free to download, though not clear how widely supported it is in terms of film selection. ABC News – 2 June 2017

Costa Rica – Champions’ League football (soccer) final will be screened by Cinépolis in its cinemas. The match between Real Madrid and Juventus will be show this Saturday and tickets cost CRC 2,800 (USD $4.90) for adults. The matches are also being shown in its Mexico cinemas. Unusual to see a ticketed sporting event in cinema. Nacion (ES) – 1 June 2017

USA (TN) – Regal presented at the Benchmark Company LLC One-on-One Conference. Some insights into the company’s thinking, but we mainly love them for how they dealt with the standard ‘Forward Looking Statement’ disclaimer (see above). The most interesting slide is the 15th one on the results form the re-seating underway. (below). Seeking Alpha – 1 June 2017