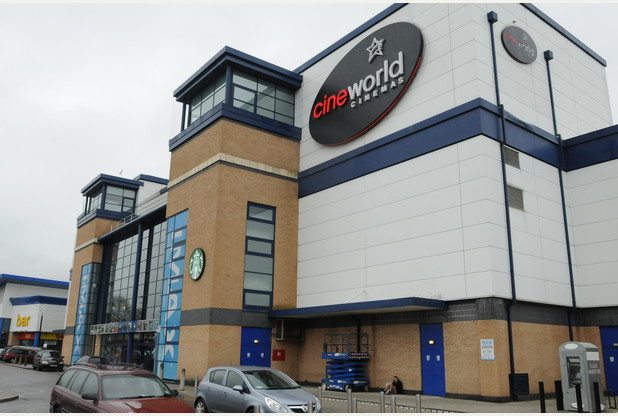 UK – A horrific acid attack on a cinema patron after an argument at a late screening of “Straight Outta Compton” took place outside the Cineworld  in Crawley, West Sussex. The 27 year old man left the cinema between 1 and 1:30am when he was approached by his assailants in the car park and had acid thrown over him. His injuries were described as “life changing” and he has been transferred to the specialist Queen Victoria hospital in East Grinstead. Cineworld responded that “Reports of this kind are extremely rare and we work hard to ensure the safety of our customers, equipping all cinemas with CCTV as well as providing all staff with the latest training.” Crawley News – 2 September 2015

UK – Marketing software company Gruvi has launched a new trial with Odeon cinemas. According to the Gruvi’s website “Odeon are using a combination of our Index app on their official fanpage and the Newsfeed app to promote films to users on Facebook, via Facebook’s ad exchange.” The Index App geolocates to the cinema closest to the user’s location and filters to show only the corresponding films available at that cinema. Gruvi has previously tried the technology with Cinemaxx in Denmark. Press Release – Gruvi.com – 3 September 2015

UK – London’s Empire Leicester Square will be the first site in Europe to install Imax laser projection. The dual laser 4K system and 12-channel immersive audio will be installed in time for the opening of “The Walk”. ScreenDaily – Michael Rosser – 1 September 2015

Australia – The Independent Cinema Association of Australia (ICAA) is extending its My Cinema initiative in partnership with Sony Pictures for the launch of “Pixels”. The first outing of the My cinema Premiere in July for local film “Last Cab to Darwin” saw red carpet preview screenings and gala functions for the film beamed all over the country. If.com.au – 3 September 2015

Canada – NowToronto looks at the concessions offerings in the town’s cinemas, with a particular focus on the independents. The review also has  strong slant on the alcoholic offerings alongside the popcorn: “Where the Carlton really gets a leg up is at the licensed concessions counter, which offers a huge range of spirits ($5.75 to $6), from college party to classy, and three flavours of sugary convenience store-style slush to mix them with ($7.50), plus mass-market and craft beer ($6.25-$7), wine ($9.50) and cider ($7.50).” TorontoNow – Natalia Manzocco – 2 September 2015

Australia – A fire in a popcorn machine forced the evacuation of an Adelaide cinema. Both patrons and staff fled the Event Cinemas in Marion, but the fire was extinguished before the fire crew arrived. The fire caused an estimated AUS $100,000 worth of damage. News.com.au – 3 September 2015

USA (CA) – Variety looks at the growing niche of classic films screened with live orchestras. Film like “E.T.”, “Raiders of the Lost Ark”, “Homa Alone” (apparently a holiday favourite) and “Back to the Future” are being screen and staged by organisations like Film concerts Live! for whom it is an increasingly lucrative business. Some even feature additional new music composed for the special screenings. 18 such concert screening are scheduled in the US between Thanks Giving and New Year’s. Variety – Gordon Cox – 2 September

Libya – A sad collection of photos of Libya’s closed and abandoned cinemas. The civil war and take-over by religious fundamentalists has led to women being barred from the sole remaining cinema. “Access is formally banned because there are people who indulge in acts contrary to customs and religion,” the sign telling women to stay away says at the Omar al-Khayyam. In the glory days of cinema there were 20 picture palaces in Tripoli. AFP – Rim Taher – 4 September 2015

Poland – Cinema City has signed a binding lease agreement for 3,400 sqm for a 12-screen multiplex in Galeria Wilanów in Warsaw. EurobuildCEE – 4 September 2015

USA (CA) – Osio cinema in Monterey is reopening. A fundraiser in July gave the cinema USD $70,000 that enabled in to be brought back on line. “Independent movies will continue to be a mainstay, but a new business plan may be in order,” Cafe Lumiere owner, Brandi Lamb said. KSBW.com – 3 September 2015

USA (MN) – Northland Cinema 5 in the Northland Mall will close after the final day of operation on September 27. Despite having invested in new digital equipment in 2011 the declining state of the mall took its toll on the cinema business. It is the last business in operation in the mall, which will be demolished once the cinema closes. A new theatre is set to be built in 2016. KWOA – 3 September 2015

France – A French cinema has become the first in the country to launch its own digital magazine. The Café des Images in Hérouville-Saint-Clair launched the first number of their digital magazine about “the 7th art” on 26 August. The cinema, which only has four screens, aims for “Le café en revue” to be a space for reviews, interviews and articles about modern challenges of cinema and even features short films from the students of the local film school. 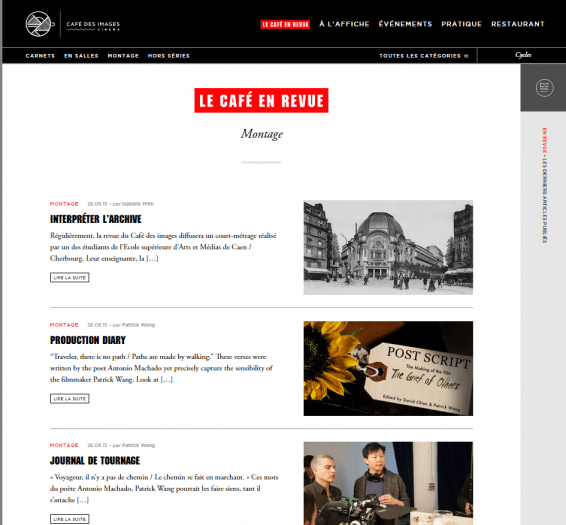