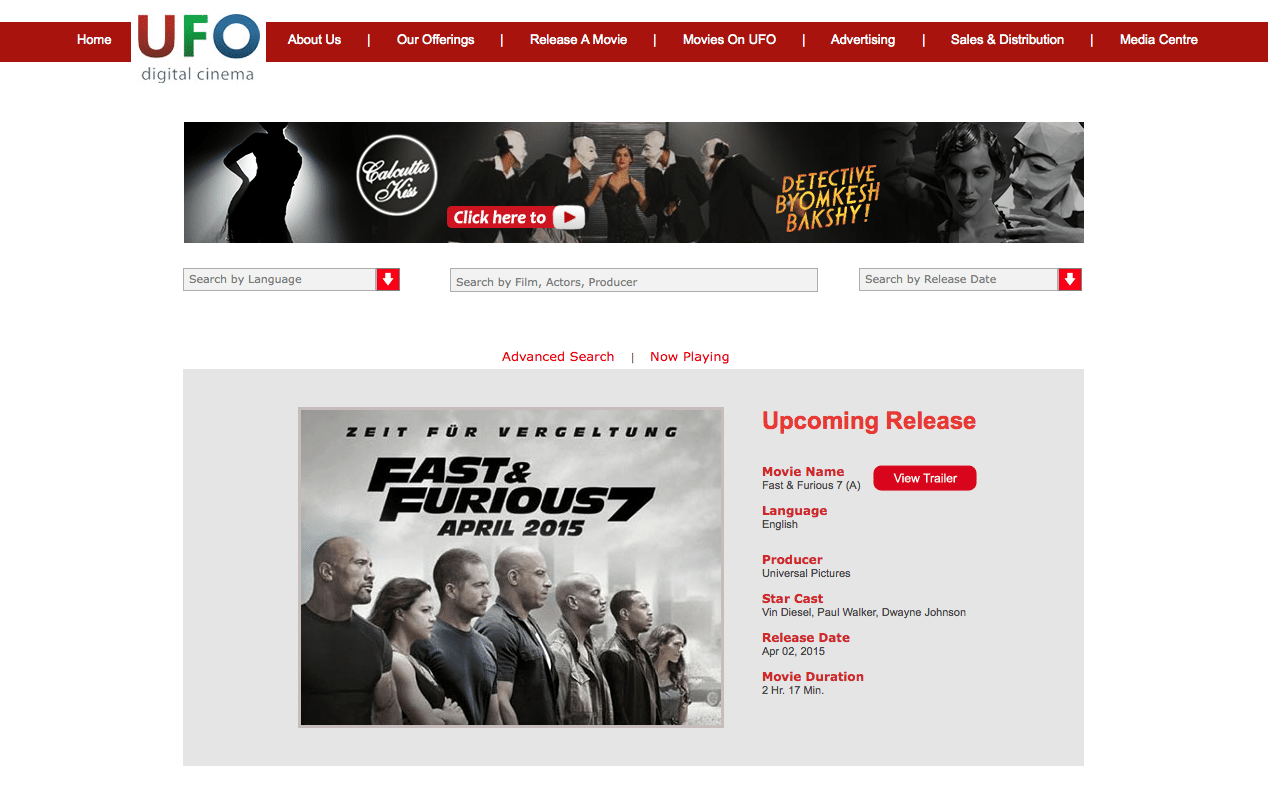 Universal this weekend become the first Hollywood studio to release a major blockbuster in cinemas on digital equipment that falls short of the specifications set out by DCI.

Rather than abandoning the hard-fought DCI guidelines, this arguably demonstrates Universal’s pragmatism in the one market in the world where so-called e-cinema equipment proliferates: India. Other US studios will be following the release with interest and some could well end up following Universal’s lead.

It was the move by one e-cinema operator (KSS – K Sera Sera), seeking to block the release of NBC Universal’s “Fast & Furious 7”, that brought to light the decision to distribute the blockbuster on a variety of digital platforms in Indian cinemas, both digital cinema (i.e. those that conform to DCI specifications) and e-cinema ones (which employ their own compression and security technology).

Given that only a third of the country’s cinemas are outfitted with projection equipment that conforms to the DCI specifications, it means that any film (Hollywood or Bollywood) that is only in DCI-grade cinemas, leaves money on the proverbial table and creates a market for pirates.

In addition to KSS “Fast & Furious 7” was released on e-cinema platforms operated by UFO Moviez and Real Image Media, whose equipment is traditionally installed in single-screen cinemas in smaller Indian towns and villages.

KSS, which operates both e-cinema and DCI cinema networks (the latter through Scrabble), earlier took umbrage that “Furious 7” (as it has been titled in India) was not being made available to its non-DCI digital network and filed a petition to block the films release until it was given equal access. NBC Universal was given no choice but to share the film with KSS when the CCI found in favour of KSS’s petition on the 31st of March, less than 48 hours before the films theatrical release.

The decision for NBC Universal to go as wide as possible in India makes economic sense, especially in a territory that has seen a multiplex boom over the past decade. “Fast and Furious 5” earned over USD $3 million in 2009 in the country, while “Fast and Furious 6” earned USD $10 million at the Indian box office in 2013. There is thus an expectation that with the seventh installment releasing in English, Hindi, Tamil and Telugu, as well as featuring Bollywood actor Ali Fazal in three scenes, the film could eventually earn USD $15 million or more.

With DVD and VCD piracy still rampant in India, NBC Universal appears to have taken the decision to the maximise revenue of the latest installment of its high-octane franchise by making it available on all digitised cinema screens in India, including those that do not conform to the DCI specification.

This strategic decision is highly likely unique to India and should not be interpreted as NBC Universal or any other Hollywood studio being prepared to deviate from DCI-grade equipment in other markets.

It is also worth noting that while the e-cinema systems deployed in India may not have to pass the DCI compliance test plan, they all have forensic watermarking allowing content owners to identify precisely where and when any pirated camcorder copies were made. This

While having seen both growth and consolidation in the multiplex sector in recent years, India has not kept pace with the breakneck speed of new cinema openings in neighbouring China. Speaking at the recent FICCI Frames conference in Mumbai, KPMG’s Jehil Thakkar observed that “In terms of multiplex expansion, China is adding 18 screens a day, while India is adding 150 screens a year.”

However, India is unique in having networks of thousands of e-cinema screens showing mainly local films in Hindi (Bollywood) and regional languages (Tamil, Telugu, Gujarati, etc.). This e-cinema network was able to evolve in India prior to the arrival of DCI-grade digital cinema and continues to thrive alongside high end digital cinema. E-cinema systems are typically found in single-screen cinemas in smaller towns and villages that previously did not get access to first-run film prints. Financially e-cinema for local films continues make sense in India as Hollywood films only make up around 10% of the annual box office. 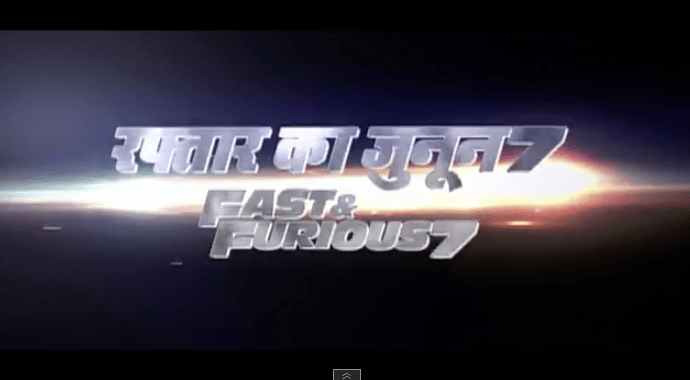 Universal has often been the most pragmatic Hollywood studio when it comes to releasing its titles digitally.  It is one of a few studios to release its theatrical films day-and-date on the Prima Cinema ultra-premium video-on-demand (VoD) platform. It was the first studio to test MPEG compression for digital cinema releases with “Jurassic Park III” as well as supporting the lower-cost HD-DVD rival format that briefly competed with BluRay.

This is also not the first time that so-called “Hollywood” films have been released on e-cinema platforms in India. Previously films from studios such as Lionsgate, Summit, the Weinstein Company and EuropaCorp have all distributed titles via e-cinema in India, meaning that films such as “Hunger Games”, “The Expendables”, “The King’s Speech”, “Three Days to Kill” and “Twillight Saga: New Moon” were shown on the e-cinema digital equipment of UFO, Real Image and KSS.

Speaking on condition of anonymity, one Indian e-cinema operator confirmed that Universal had deployed technology consultants that had examined the e-cinema systems of the three major operators: K Sera Sera, Real Image Media and UFO Moviez, to verify the content protection technologies such as forensic watermarking and other measures employed.

However, Universal had initially not shared the digital master with K Sera Sera, prompting the operator to file a ‘stay’ of release with the Competition Commission of India (CCI) over cartel behaviour by NBC Universal, UFO Moziez and Real Image Media. When the CCI found in KSS’s favour, Universal relented and supplied the digital master.

So far this year NBC Universal has unfortunately not had a good first quarter in India. “Seventh Son” performed no better than elsewhere in the world when it hit theatres in January. Then, in February the Indian Central Board of Film Certification (ICBFC) refused to grant “Fifty Shades of Grey” a certificate for cinema release in India, even with all nudity cut out. Expectations are thus riding particularly high on “Fast and Furious 7”. IT will be watched in more than one way.