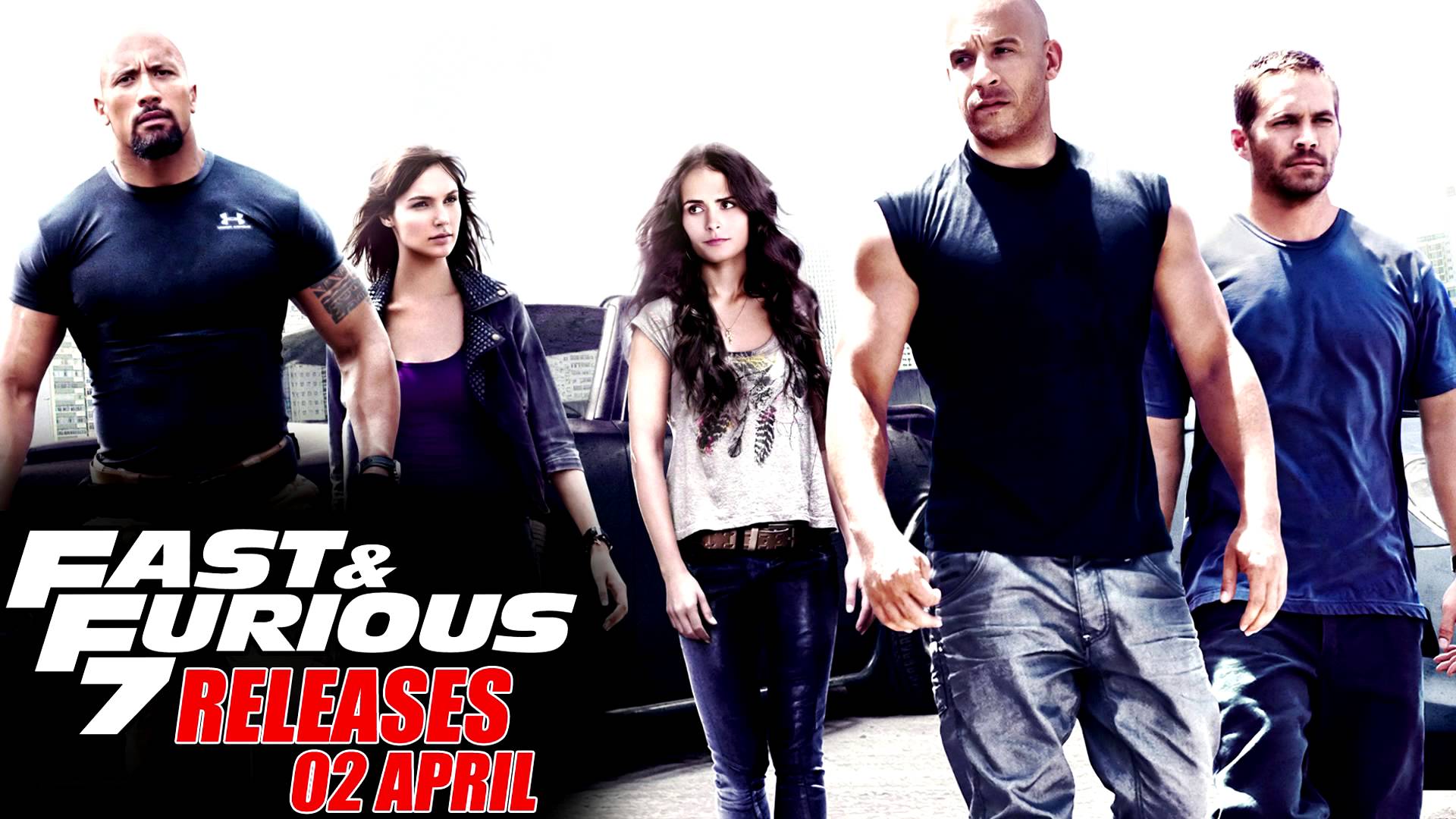 UPDATE: 4:30am IST – KSS claims that the CCI has ruled in its favour. Details at the end of the story.

Cinema service provider KSS (K Sera Sera) has filed an injunctive petition with the Competition Commission of India (CCI) to block the release of “Fast and Furious 7” in India, alleging “cartelisation of distribution”.

While NBC Universal has not given a reason for its alleged refusal, it may be shying away from using KSS for a historic reason; the Vice President of Technology at KSS was previously implicated in the piracy of a major Bollywood film in his prior job.

KSS Ltd notified the Bombay Stock Exchange (BSE) yesterday (30th of March) that K Sera Sera Digital Cinema Private Limited (KKS Ltd’s wholly owned subsidiary) had filed a petition with the CCI to stay (i.e. block) the release of “Fast and Furious 7” (called “Furious 7” in India), which is scheduled to open in India on the 2nd of April.

KSS alleges in a press release (PDF link) that NBC Universal Media distribution has restricted the right of digital conversion of the film (i.e. encoding and distribution) to two Indian service providers; UFO Movies Media Ltd. and Real Image Media. In addition, KSS claims that its its technology is “at par” with that of UFO and Real Image, meaning there is should be no technical reason to withhold the movie from its network.

Using the kind of turn of phrase usually found in classic gangster films, KSS starts off its press statement by saying that “The release of Fast and Furious 7 (renamed as Furious 7) may encounter some brakes over distribution problems.”

K Sera Sera goes on to claim that:

“If NBC Universal Media Distribution (subsidiary distribution company of Universal Studio which are the producers of Fast and Furious 7) has its way, then perhaps you may miss the action as the movie is slated to be released only in a few hundred theatres thanks to Universal Studio forming a cartel with a few digital cinema service providers against their keen in India. Not taking this lightly, K Sera Sera Digita Cinema Pvt. Ltd. has decided to approach the Competition Commission of India to ensure equal rights for the release for Fast and Furious 7 thus making sure no movie enthusiast is deprived of his rights to watch the film in the theatre of his choice. [original emphasis] The petition is being filed against the onset of unfair practices, that in the long run, could wipe a few digital cinema service providers in India. [sic]

KSS further laments in the petition:

K Sera Sera has been repeatedly approaching NBC Universal Media Distribution for providing its Digital Services for showing Fast and Furious 7 at its associated chain of 300 theatres to no avail. In wake of such unfair attitude and its long-running repercussions, K Sera Sera finally decided to file a petition so this matter could be duly investigated. The act by NBC Universal Media Distribution is in clear violation of section3 and 4 of the Competition act of 2002.

KSS goes on to provide the background for the digitisation of the Indian film distribution and exhibition business, saying that “This is mainly to cut production cost and counter piracy.” What KSS neglects to mention is that its own VP of Technology, Rajesh Chaudhary (sometimes spelled Chowdhry) was implicated in the piracy of UTV’s “What’s Your Rashee” in September 2009 while holding the position of Associate Vice-President at rival UFO Moviez.

Chaudhary/Chowdhry had been in charge of authoring and duplicating “What’s Your Rashee” for distribution to UFO’s satellite connected e-cinema network across India when he was arrested alongside employees from Adlabs for pirating the film. Following the arrest, UFO promptly dismissed Chaudhry.

Those involved were suspected of trying to smuggle the pirated films to organised crime syndicates with ties to operations in Karachi, Pakistan for the distribution of pirate copies on DVDs and VCDs in India, Pakistan, Bangladesh, USA, Canada, Europe and South-East Asia.

Reporting about it at the time, DESIblitz revealed that:

The revelation of who was involved in the racket at Adlabs and UFO came about when the investigation team arrested three people, Afsar Hyder Hussain alias Ashraf, 26, Firoz Irfan Khan alias Salim, 23, and Tanzim Ali Sayed, 26, in Mumbai. Pirated DVD’s of What’s Your Rashee? and Dil Bole Hadippa! were recovered from the operation ran by these three. They told officers that they got a masterpint copy of the film from Durgadas Bhakta, a business development manager at Adlabs and Rajesh Chaudhary, the associate vice-president for operations and digital mastering at UFO Moviez.

Adlabs process films and UFO digitise and release them to multiplexes. A copy of the film was made at UFO by Rajesh Chaudhary. From the arrests the police found out that the sum involved for the piracy was Rs. 2 lakh [USD $3,200].

Subsequently, the Crime Branch arrested the Chaudhary, Bhakta and his associate Ajay Pal. The arrest of the corporate executives demonstrates source of film piracy now taking place at higher levels in the film industry.

One month after the case was settled out of court Chaudhary/Chowdhry was hired as Vice President of Technology for K Sera Sera in November 2009, a position which he maintains to this date according to his LinkedIn profile.

Despite his senior position, K Sera Sera does not list Chaudhary/Chowdhry among the mangers profiled on its website’s ‘Team’ page. If he is still employed by KSS then the company appears not to be acknowledging his employment publicly.

Contacted by Celluloid Junkie, KSS’s Head Of Content & Customer Relationship Management Priyanki Mufti said that KSS was “expecting a reply” from CCI later today, local time. She also said that there had been “no explanation” from NBC Universal, “not even an aknowledgment” as to why KSS had been denied to right to release the film in its network. She also said that KSS was receiving calls from anxious exhibitors affiliated to them who were wondering if they were going to be able to show the film.

Ms Mufti said that “technical representatives” from the UK had visited KSS’s facilities on behalf of NBC Universal to inspect their system and had supposedly declared themselves satisfied, saying that it was “just a business decision now” whether KSS would be given the right to distribute the film. KSS had planned to release the film in both an English and Hindi-language version. Celluloid Junkie contacted NBC Universal’s Mumbai office but received no reply to its calls and emails.

K Sera Sera has been very active in the Indian digital cinema space over the past several years, buying Scrabble, the Indian VPF deployer of DCI-grade systems, acquiring Digital Cinema and Technology India Pvt Ltd (DCAT), as well as signing a deal with Sony to deploy 4K projectors and systems in India. KSS is also affiliated with TV18 Broadcast for its Gujarati business channel CNBC Bajar, which is co-owned by NBC Universal, the very company releasing the movie that KSS is now trying to block.

In 2011 K Sera Sera was barred by Indian market regulator Sebi, along with a six other businesses, from securities market for a period of five years in matters relating to the manipulation of global depository receipts (GDRs).

The Competition Commission of India is frequently dragged into disputes relating to local Bollywood films.

In a sign of the CCI increasingly activist role, it published a 2013 report titled “Competition Concerns in the Film Industry” (PDF link) where it looked at issues that might restrict the film market.

UPDATE: Speaking to CJ at 10:30am GMT/4pm IST (India Standard Time) KSS’s Priyanka Mufti said that the CCI had ruled in favour of KSS. “The film will most likely be delivered to us tomorrow [Wednesday] but the release might have to be delayed, because we have to distribute the film to our sites physically on hard drives.”

We will continue to update the story as we get further information.