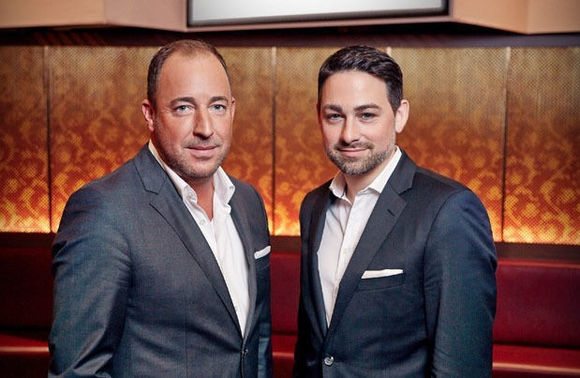 Details have been announced about Germany’s new cinema marketing venture, formed as a JV by Cinemaxx and CineStar, aimed at corporate and advertising clients. Red Carpet Cinema Communication GmbH & Co. KG. will target German B2B clients in an effort to enhance the position of cinema for corporate 360° marketing and use.

The JV between Germany’s two largest cinema chains was first announced in mid-November last year and was later approved by the German competition authorities in early December.

The aim of the JV is to enable corporate clients to have “an even easier entry into the world of cinema.” The largest venture of its kind in Germany and Europe means that clients in every German city with more than 100,000 inhabitants will have access to 685 screens across 86 cinema properties. The business is open to the inclusion of further cinema chains in the future.

The headquarter of the JV will be in Hamburg – where Cinemaxx is based and most of Germany’s advertising business is concentrated – with regional offices planned for Berlin, Düsseldorf and Frankfurt-am-Main. The venture will comprise two divisions: Red Carpet Media and Red Carpet Events.

Red Carpet Media will target the promotion of products and services on the big screen and other ‘touch points’ in the cinema. This will include analogue and digital displays in the lobby areas, including standees and various promotion activities. There will also be online and mobile opportunities through the cinemas’ websites and apps, which will be coordinated by the joint marketing team. External marketing agencies can also be brought in for specific campaigns.

Red Carpet Events will bundle all event-related activities, including sales events, training for staff and employees, business meetings and conferences, special events, road shows and the transmission of simultaneous and live events in several cinema locations both in Germany and internationally. The services range from technology to catering. There will also be the opportunity to book exclusive film screenings through one or both chains. Between them the separate event teams at Cinemaxx and cineStar have between them already undertaken over 1,000 B-2-B events in 2014.

Cinestar Managing Director Stephan Lehmann is quoted in the press release as saying:

Through the strategic merger of two of the largest German cinema brands’  marketing companies, we significantly increase the attractiveness and effectiveness of cinema advertising and event marketing. This will benefit our existing and new customers, as from now on, complex marketing products can be realized with a much wider reach from one source.

Our knowledgable team is familiar with the procedures in the cinema in detail and can therefore offer customized communications and event solutions and implementations. We are therefore very pleased to be able to offer a complete service for both advertising and also the events industry for 86 cinemas throughout Germany through our partnership, and this in a very competitive environment.

While it is unprecedented in Germany for the two competing exhibitors, Vue-owned Cinemaxx and the privately held CineStar, to be co-operating, there is a precedent in terms of UK’s largest cinema advertising company DCM being jointly owned by Cinemaworld and Odeon, while also serving Vue.

The new venture will not be responsible for traditional areas of activities in the respective cinema chains, such as movie rental, catering suppliers and media partners. Nor will it be party to activities aimed at cinema goers, which will continue to be handled by the two partners independently and outside of the joint venture. The venture also does not appear to cover cover cinema properties owned in countries outside of Germany.