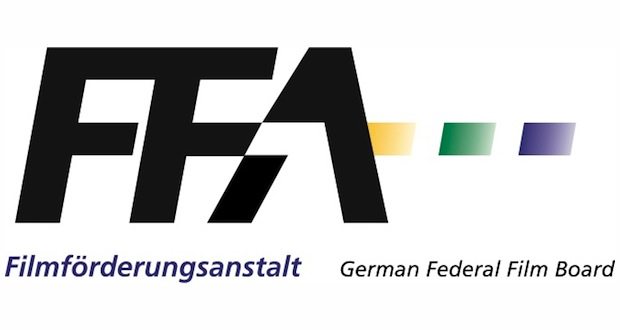 The German Federal Film Board (FFA – Filmförderungsanstalt) has published its annual reports on cinema attendance and Top 75 films for Germany in 2013.

Noting successes for German titles last year, the two reports also record a significant decline in cinema attendance by young people but also a marked increase by older patrons. The findings are in line and emphasise trends in other developed markets, highlighting the needs to promote youth cinema attendance, while at the same time anchoring older audiences.

Demonstrating the customary German thoroughness and attention to detail, the reports were produced on the basis of the Media*Scope project from the Gesellschaft für Konsumforschung (GfK), whose film-related data FFA has exclusive use of, with the panel including no less than 25,000 participants and representatives of the German population over the age of 10.

The first report ‘Auswertung der Top 75-Filmtitel des Jahres 2013 nach soziodemografischen sowie kino- u. filmspezifischen Informationen’ (Evaluation of the Top 75 Movie Titles of 2013 by socio-demographic and cinema-and film-specific information)(PDF link) looks at the box office performance of German cinemas of the past year. While German box office as a whole declined from euro 1,033 million to euro 1,023 million (down one per cent) and attendance fell by 4% from 135.1 million to 129.7 million, as highlighted in the European Audiovisual Observatory 2013 annual report’s findings, the FFA report accentuates the positive by focusing on the success of German films.

Of the 75 most popular film of 2013 no less than 22 were German productions, which achieved an attendance record of 25.2 million tickets sold. This is more than twice as much as the 13 German productions that broke into the Top 75 in 2012 and only achieved attendance figures of 11.3 million ticket buyers. Local production “Fack Ju Göthe” is also the first German film since 2008’s “Keinohrhasen” to be the most successful film of the year, whether German or Hollywood. However, total attendance for both the Top 75 and all film were down on 2012. Even if they were up on the prior two years, the recent high-water mark is still 2009 (Avatar).

The report does an excellent job of breaking down cinema attendance for each Top 75 film by age (above), gender, income group, employment status, educational level, household size, day-of-the-week attendance, awareness of film’s genre and enough other categories to make even Nate Silver cry uncle!

It is the second report, however, that makes for more troubling reading: ‘Kinobesucher 2013 – Strukturen und Entwicklungen’ (‘Moviegoers 2013 – structures and trends’) (PDF link).

The FFA is candid about the key findings, particularly the decline in cinema attendance amongst young people:

The 20 to 29 year olds were again the main target group as well as the Problem Child Number One of cinema: While every fifth cinema ticket (21%) was purchased from this age group, which in addition with 7 or more admissions per year makes them the most intensive cinema goers (21%).

However, at the same time overall cinema attendance has been decreasing in the last six years with an overall decline of minus 18%, while in the 10-19 year olds category it fell as much as 19%. 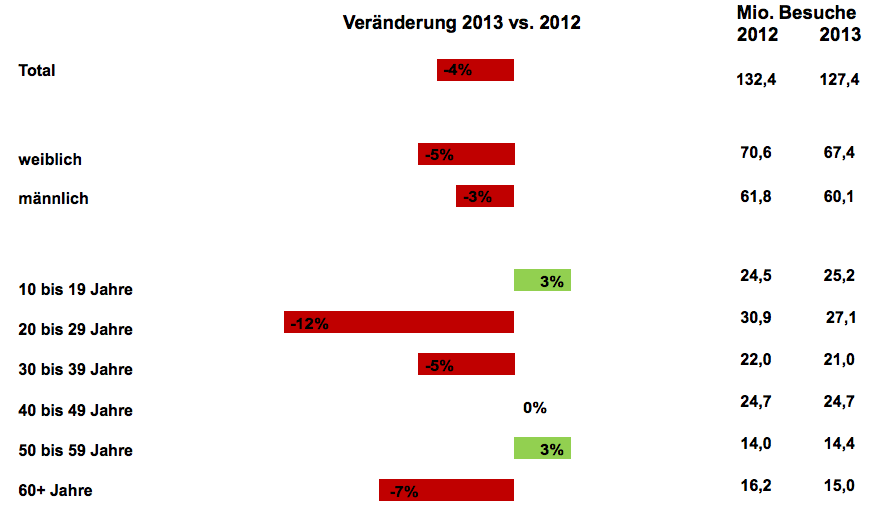 At the same time, the interest in cinema seems to be growing amongst older cinema goers.

Cinema attendance in the  over-60-year-olds category were in the previous year compared to 2008 up by more than a quarter (26%) and the age group of 50 to 59 year olds were as much as 40 percent more often going to the movies. The group of 40 to 49 year olds in the cinema market has become Heavy Users with the same importance as that of the 20 to 29 year olds. Some 27.3 million German went to the movies at least once a year, which is about 2.6 million less than the previous year (reach 40% after 44% in 2012) – in reverse: six out of ten Germans over the age of 10 have seen no film in the cinema  in the last year.

The findings confirm the trend observed everywhere from the United States to Japan and partly reflect a change in demographic in Western society. However, given the fact that the most popular film of any category last year (“Fack Ju Göthe”) was heavily skewed towards younger cinema attendance, as are obviously most Hollywood blockbusters, the rejection of cinema by its principal target audience in spite of this should induce more soul searching and discussion in the industry.

The second FFA report is also detailed in comparing average ticket prices to average DVD and Blu-ray prices, as well as home entertainment consumption. There is further statistical breakdown of year-on-year cinema attendance based on age, gender, income, education and all the other socio-economic factors considered in the first report – a veritable feast for statistics junkies. 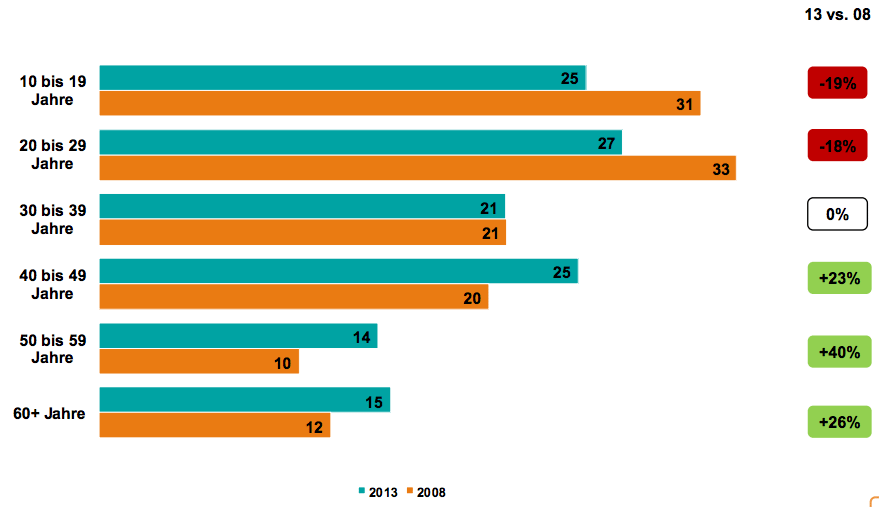 So while it is encouraging to find that older cinema goers are increasing and that young cinema goers made “Fack Ju Göthe” the biggest box office hit of the year, we should be worried that too many of their peers adopted an attitude of ‘Fack Ju Kino.’