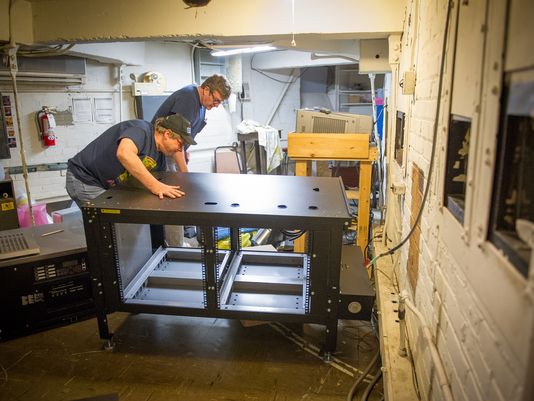 This small-single screen is one of the last in its area to make the switch to digital. So why aren’t we filing it away further down? Because the area is Rochester, home of Eastman Kodak, aka the Company That Digital Nearly Killed.

The Cinema’s swap this week from film to digital projection marks one of the last area theaters to make that switch. Rochester’s Little Theatre converted to digital last year, as did Avon’s Vintage Drive In. The George Eastman House’s Dryden Theatre added a digital projector last year. Rochester Theater Management — which operates movie theaters in Brockport, Geneseo and Canandaigua — did not return a message seeking comment. But according to its website, all three movie houses also have converted to digital.

And according to the Digital Cinema Implementation Partnership — owned jointly by movie chain giants AMC Entertainment Inc., Cienmark USA Inc. and Regal Entertainment Group — Cinemark’s multiplexes in Gates and Brighton; Regal’s in Henrietta, Greece and Irondequoit; and AMC’s in Webster all have made the digital switch.

As you would expect from the newspaper of industry town hard hit by digital, the article gives a lot of details about the digital switchover. It notes that in the most recent quarter “Kodak’s Graphics, Entertainment & Commercial Films business were down 18 percent from a year ago, with most of that decline due to sliding sales of motion picture film.”

Despite a successful Indiegogo campaign to help buy a new projector the cinema’s manager doesn’t see an upside to digital, just the ability to going back to showing films the same way they were able to 2-3 years ago before prints started drying up. Only now they have to charge USD $1 for each ticket. “It doesn’t increase business one little bit,” he said. “This thing is strictly a cost of doing business.”

This is a fun and interesting piece of infographics derived from numbeo.com about which countries have the most expensive and cheapest cinema tickets. The most expensive countries, where tickets cost on average more than the equivalent of USD $17.50 are Japan, Switzerland, Norway and Angola, which similarly to Norway is seeing prices pushed up too much by oil finds. (Saudi Arabia is strangely also included in this group, which is peculiar given that the Kingdom officially has no cinemas.)

The cheapest countries are Cuba, Haiti, Guyana, Lesotho, Laos, Iran and Turkmenistan, some of which are perhaps better known internationally for their films than their cinemas. Amazingly Australia falls outside the top tier of expensive cinemas, but probably only just, give the recent controversies about ticket prices.  The full size map can be found here.

RealD has signed a partnership/sponsorship deal with UK charity MediCinema, which brings movie magic to patients in the UK – and soon beyond.

Founded in 1996 by Christine Hill, MediCinema has outfitted five U.K. hospitals, as well as a rehabilitation center for injured military personnel, with cinemas.

The pact with RealD, which has promised to install 3D projectors in all of MediCinema’s theaters as part of an ongoing partnership, was a breakthrough for the nonprofit.

“RealD has been really generous,” says MediCinema CEO Stephen Moore, a film industry vet who spent 18 years at Fox and has held senior posts at both Disney and Aardman Animations. “It makes a big difference to our budgets to have their support.”  LINK

The first theater to benefit from this deal was be Guy’s Hospital in London, which has 37 seats, plus space for five beds and 12 wheelchairs, and now a RealD 3D-enhanced projector. 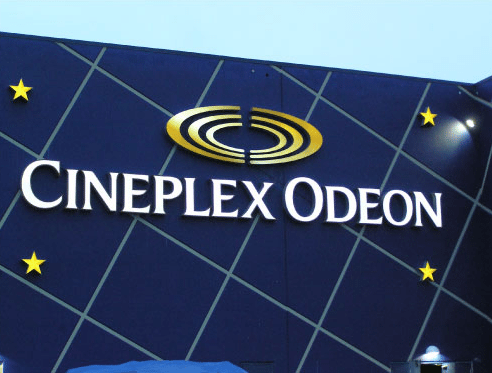 Canada: Q1 2014 figures are out for Cineplex and it looks like it’s been a bitterly cold Canadian winter wind blowing through the box office.

Toronto-based Cineplex on Thursday posted sharply lower first-quarter earnings due to extreme weather during the first part of the year and weaker film product.

The box office bump was due to the acquisition of 24 Empire Theaters and a digital media company in 2013. LINK

India: As far as lawsuits go, this one is pretty strange. Even by Indian standards.

A consumer forum has dismissed a Rs 50,000 claim by a man alleging mental harassment against multiplex authorities over bad quality of a movie he saw in 2011, saying he could have left the hall if he did not like the film.

The forum, headed by its President Bimla Makin, dismissed Bhardwaj’s plea claiming a compensation of Rs 50,000 on account of mental harassment and agony suffered by him while watching ‘Rockstar’ movie in December 2011 at Movie Time Multiplex in Rajouri Garden, due to the bad picture quality of the film.  LINK 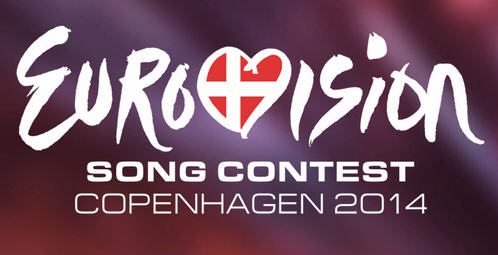 UK: This weekend is a very important one all across Europe and at least cinema in UK is determined to steal some audience away from television. Tickets are just GBP £15.

Tyneside Cinema and Divine Trash are marking this year’s Eurovision Song Contest with a party to celebrate the Grand Final in Copenhagen on Saturday.

It will feature karaoke and late night DJ sets from Sheena Revolta and Lady Annabella in the Tyneside Bar on.

Eurovision fans at The Tyneside Cinema Eurovision Party are invited to dress as their favourite country for a chance to win some fabulous prizes, and enjoy alternative commentary from Finnish fashion stylist Krista Puranen Wilson, Cornshed Sisters singer Marie Nixon, comedian Hal Branson and artist Claire Biddles who will be sharing their thoughts about the contest, which will be projected live on the Cinema’s Electra screen.  LINK

China: Christie has its first Vive Audio customer in China. Perhaps no surprise, it is Wanda.

Christie Vive Audio’s expansive line of cinema-specific audio technologies are compatible with any of the leading immersive and surround cinema audio formats in the current market. In the over 300-seat premium auditorium, which features a huge wall-to-wall screen and plush seating for maximum comfort, the audio system has been configured to meet the requirements of the Dolby® Atmos™ sound technology. With this installation, Wanda Cinema Line has become the first cinema chain in Asia to be equipped with Christie’s cutting-edge surround sound systems.  LINK

China: Doremi is extending its training program in China.

Doremi Labs, the global leader in Digital Cinema server technology, reinforced its position in the Chinese cinema market by initiating a series of customer response training seminars with several established partners in China.

Already well entrenched in the region, these sessions ensured Doremi’s strong influence within the territory as China’s cinema market continues to flourish. CFG-Barco, Sony China, Time Antaeus and Universal Cinema Services sent a combined total of fifty five (55) technicians to Doremi’s technical training for in-depth education on how to better support this vital customer base. The training was also attended by Emily Flu, owner of Beijing Instar Trading Co. Ltd, as well as the company’s entire team. Beijing Instar Trading is a Doremi dealer and integrator, and has been an invaluable extension of Doremi’s efforts in the region.  LINK

New dimensions wants the franchise system DeLux-Holding.de open: with two different products that bring the franchisees to customers. On the one hand, the company offers advertising is not on posters, but in three dimensions on floors, walls, truck tarpaulins or in shop windows.

Secondly, it creates the “Cinema DeLux 12D” a special cinema attraction, which is stationary and mobile. It combines 3D images on a moving platform with tactile and tangible environmental factors such as snow, fog, water or wind.  LINK 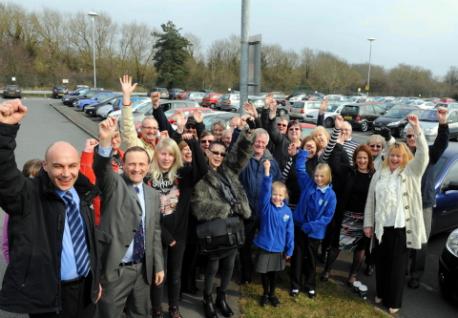 UK: A 10-year campaign to bring a cinema to Yate has finally paid off.

Planning permission has now been granted for the Yate Cinema and the associated retail development, a decision which has been hanging on a knife edge. The May 8th meeting of a South Glos committee gave the go=ahead after a detailed debate led by Focus Lib Dem councillors Pat Hockey and Alan Lawrence.

In the vote that followed the scheme was approved by five votes to nil, the Lib Dems being supported by Labour. The Conservative councillors on the committee felt unable to support the proposal, so they all abstained.  LINK

France: Plans for a multiplex in Romilly-sur-Seine have been voted down, to the relief of the downtown cinema.

The proposed multiplex cinema on 13 hectares would have emerge in the next few months.

SOPIC The planning group abandoned achievement. The current cinema Eden will not be closing its doors.

Two structures can not be economically viable.

The project would have created 200 jobs, but the mayor of Romilly-sur-Seine have other projects, including a zoo.  LINK

USA (NM): An eight-screen cinema is coming to Carlsbad.

The Carlsbad Department of Development announced plans Thursday to bring an eight-screen cinema to the Cascades at Carlsbad.

The CDOD is working with Allen Theatres, which currently operates the three-screen theater at the Carlsbad Mall, to open the larger facility within the next two years. The theater company expects to keep the mall location open.

“I’m just thrilled. This is a really good thing for Carlsbad and the Cascades,” said CDOD president Dave Sepich. “We’ve got a long way to go, but we’re getting there.”  LINK 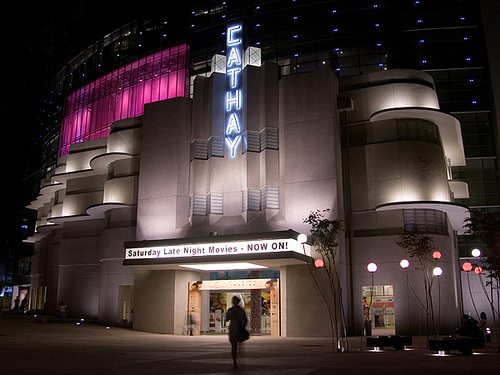 A super-fan of cinema in my adoptive town of Singapore gives the complete rundown on the Top Five cinemas to catch Godzilla, based on waaaah-haaay too much time spent in the dark.

Forget ‘Godzilla’ for the moment, I have conducted the most thorough study over the last 10 years to determine the best Cinemas in Singapore. According to some rather questionable statistics, an average Singaporean goes to the cinemas 8 times a year.

I instead, have watched a movie every week for the last 10 years at the cinemas. With close to 500 movies under my belt, I had to sacrifice a lot for the thoroughness of my “study”. Here are some of the things I had to endure over the last 10 years.

I had eaten innumerable tons of over processed cinema food. Cheese hotdogs, salted and sweet popcorns, gallons of sticky nacho cheese with questionable nachos have all added to my waist size.
I have sacrificed social life consistently over the last 10 years to take refuge in a dark and sometimes very cold cinema hall. I would like to blame my current Vitamin D deficiency to the 1000 hours I have spent in darkness.  LINK