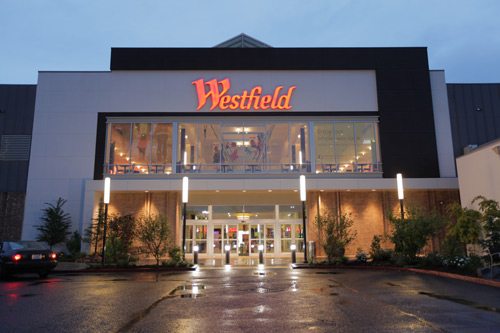 : With shopping malls falling out of favour with US consumers, an interesting example from  Washington state of how to successfully convert underutilized shopping real estate to a successful multiplex.

For example, in 2012, mall officials replaced a two-story Mervyn’s department store with an $18 million, 23-screen Cinetopia movie theater, filling the upper level with nine living-room theaters and a brew pub-style restaurant and bar. On the ground floor, Cinetopia’s 14 movie venues include three “mega-grand” theaters with 65-foot-wide screens and one with an 80-foot screen.

Yates said the multiplex has now formed a symbiotic relationship with the 940,230-square-foot mall, Clark County’s largest indoor shopping venue with approximately 151 stores and kiosks and 26 food outlets. “There are always great opportunities to bring about a new use,” he said.  LINK

Australia: Despite rampant online film piracy and controversies about ticket prices, it seems like Australians are still crying out for more multiplexes.

Belying the notion that Australia is a mature cinema market with little room for growth, Event Cinemas plans to open eight multiplexes in the next two years, most in partnership with Village Roadshow. These locations will add 70 screens to the 492 operated by Event Cinemas’ parent Amalgamated Holdings Ltd.

The new sites and a seemingly strong film slate for 2015-2016 are highlighted by Ord Minnett analyst Nick McGarrigle in a bullish report on AHL issued today. McGarrigle has a buy rating on AHL’s shares, which he values at between $10.57 and $13.97, compared with this morning’s price of $8.98.  LINK 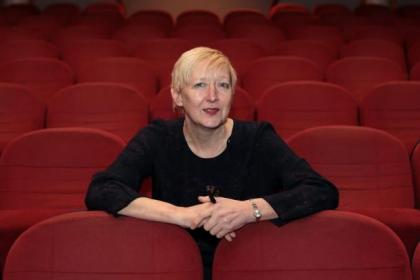 UK (Scotland): A terrific in depth profile of my amazing friend Jaki McDougal, who has been running the Glasgow Film Theatre (GFT) for 15 of its last 40 years. She is currently busy setting up a new organisation called Scottish Film in collaboration with the Centre for the Moving Image in Edinburgh, Dundee Contemporary Arts, Eden Court in Inverness and Regional Screen Scotland.

APART from a trip every year to Venice Film Festival, Jaki McDougall admits to one other indulgence in her working life. A good hour or more every morning before staff start to arrive at Glasgow Film Theatre, the chief executive has a wander around the empty cinema.

“I still get a buzz from it,” she admits, after being in the role at the helm of the independent cinema for the past 15 years.  LINK1 LINK2

India: Big Cinema is going all out to monetize its real estate, including wireless gaming zones, in-house super markets and, ehm, ovulation kits.

Even the washrooms have not been left out. Among its many marketing ventures, Big Cinema has tied up with i-Sure from Piramal Healthcare, to educate women in the theatres’ washroom about kits available for contraception, ovulation and pregnancy and assorted sanitary protection, while at the men’s washroom, cinemagoers get a chance to experience a deodorant from the ITC stable, as well as flyers on underwear from Macroman and Rupa.

Big Cinemas also teamed up with Maniyar Market in Aurangabad, a multi-brand retail store, and launched a 7,730 sq ft supermarket inside Big Cinemas, and QSRs catering to the local flavour needs of Aurangabad.

The exhibitor is also hoping on a big jump in advertising this year.

The movie exhibition arm of the Reliance Anil Ambani Group, Big Cinemas that nets close to 50 percent of its net profit from advertising revenue, is expecting over 30 per cent growth from the same vertical at around Rs 57 crore this fiscal. ”Having already clocked over 120 per cent growth in the past two years, from Rs 19 crore to Rs 44 crore in FY14, we expect our advertising revenue to grow over 30 per cent this fiscal at Rs 55-57 crore,” Shirish Srivastava, head of marketing and sales at Big Cinemas, which is a division of Reliance MediaWorksBSE 0.17 %, told PTI.  LINK 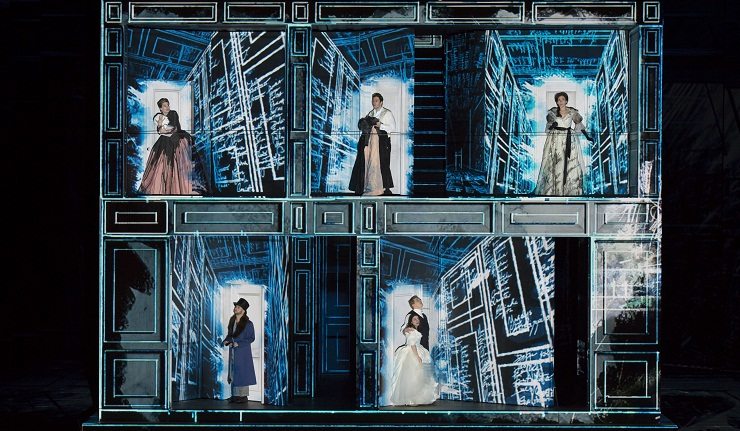 Russia: Trust Russian media to offer a contrarian view, but there could be some truth to the claim that event cinema opera screenings draining audiences from the real thing.

“Several of the smaller companies outside London are already complaining that their audiences are draining away because they simply can’t offer the spectacle or the class of singer that the Metropolitan Opera, the Bolshoi, Covent Garden can offer for £20,” Rupert Christiansen of the Daily Telegraph told me.

“Ultimately, it’s going to mean that these smaller companies just won’t be able to function. And that will mean much less work for British musicians – in fact, musicians all over the world.” Christiansen says that while smaller opera companies are hurting most from the change, the big opera houses are also suffering.

“I was told by Peter Gelb who runs the Metropolitan Opera in New York that they have experienced about a 20 percent fall in their audiences from the suburbs of New York,” he says. “Those are the people who can’t be bothered to come in any more – there’s just no point for them.  LINK

Japan: We don’t normally cover consumer electronics, but interesting to see Dolby’s Atmos getting competition in the headphones space – from none other than Sony Pictures Entertainment. These ones offer two more channels than SDDS’s 7.1 did.

Like the amplifier in Spinal Tap that goes up to 11, when it comes to anything to do with sound bigger numbers are usually better. So, forget about your puny 5.1 or 7.1 sound systems, these latest wireless headphones from Sony offer a 9.1 audio experience – but without actually having all the speakers.

They use what Sony calls Virtualphones Technology to reproduce the effect of multi-channel speakers. The unit’s ‘Cinema’ mode has been created with the support of Sony Pictures Entertainment and the company says, “This mode ensures an authentic cinema sound experience and virtual sound arena that is based on an analysis of the prestigious sound mixing stages used for the production of major motion pictures.” Which in non-PR speak means it should sound like the director intended.  LINK 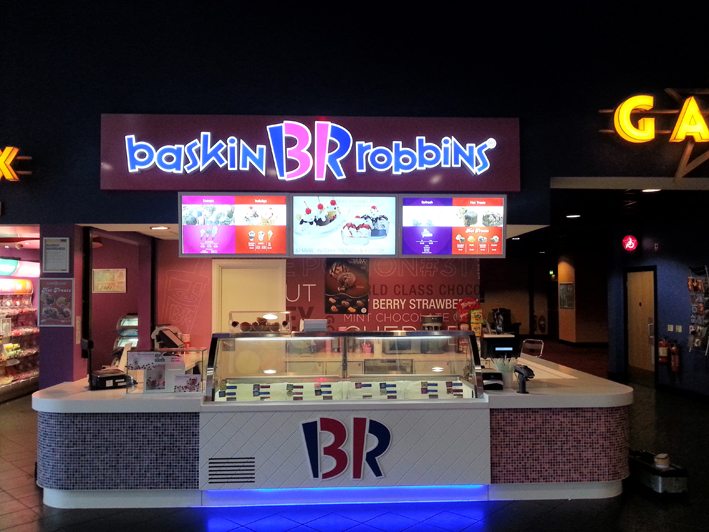 UK: Dunkin Donuts has doubled its Baskin-Robbins deal with Cineworld as part of a major high street push in the UK.

Today Dunkin’ Brands has expanded its agreement with Cineworld for its Baskin-Robbins brand to increase its number of cinema kiosks from 18 to 43.

Jim Johnstone, general manager UK, for Dunkin’ Brands said the goal for the Baskin-Robbins was to open between 80 and 100 stores over the next two to five years, with a “strong presence on the high street,” to then “take the brand to other parts of the country”.  LINK 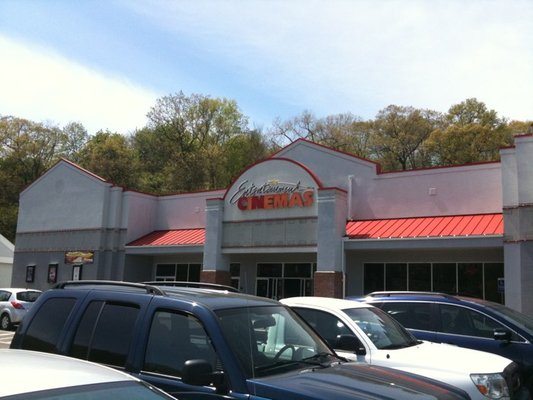 USA (CT): A maintenance worker at a cinema in Seymore, Connecticut was tied up and left in a closet by armed robbers last week.

Police say shortly after midnight, three masked men entered the Entertainment Cinemas in the Tri-Town Plaza at 814 Derby Avenue and ambushed a maintenance worker at gunpoint.

The suspects threatened the employee and tied his hands behind his back while robbing him of his personal items. They then locked him in a closet before ransacking and destroying the Manager’s Office. They were able break into the business safe and stole an undisclosed amount of cash before leaving.  LINK 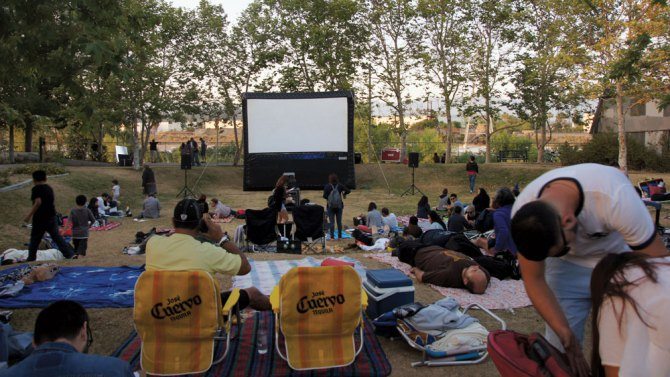 The Los Angeles River Revitalization Corp., a nonprofit org aimed at creating recreational areas along the 51-mile waterway from Canoga Park to Long Beach, kicks off its second annual Bike-In Movie program April 26 with free activities leading up to an outdoor screening.

“One of our missions is to make the L.A. River a destination for families to come and just hang out,” said Miranda Rodriguez, the organization’s event manager.

Pedal: Attendees can bicycle into and around the host site, Reseda Park, where there also will be a mapping ride for purposes of identifying area businesses and organizations.  LINK 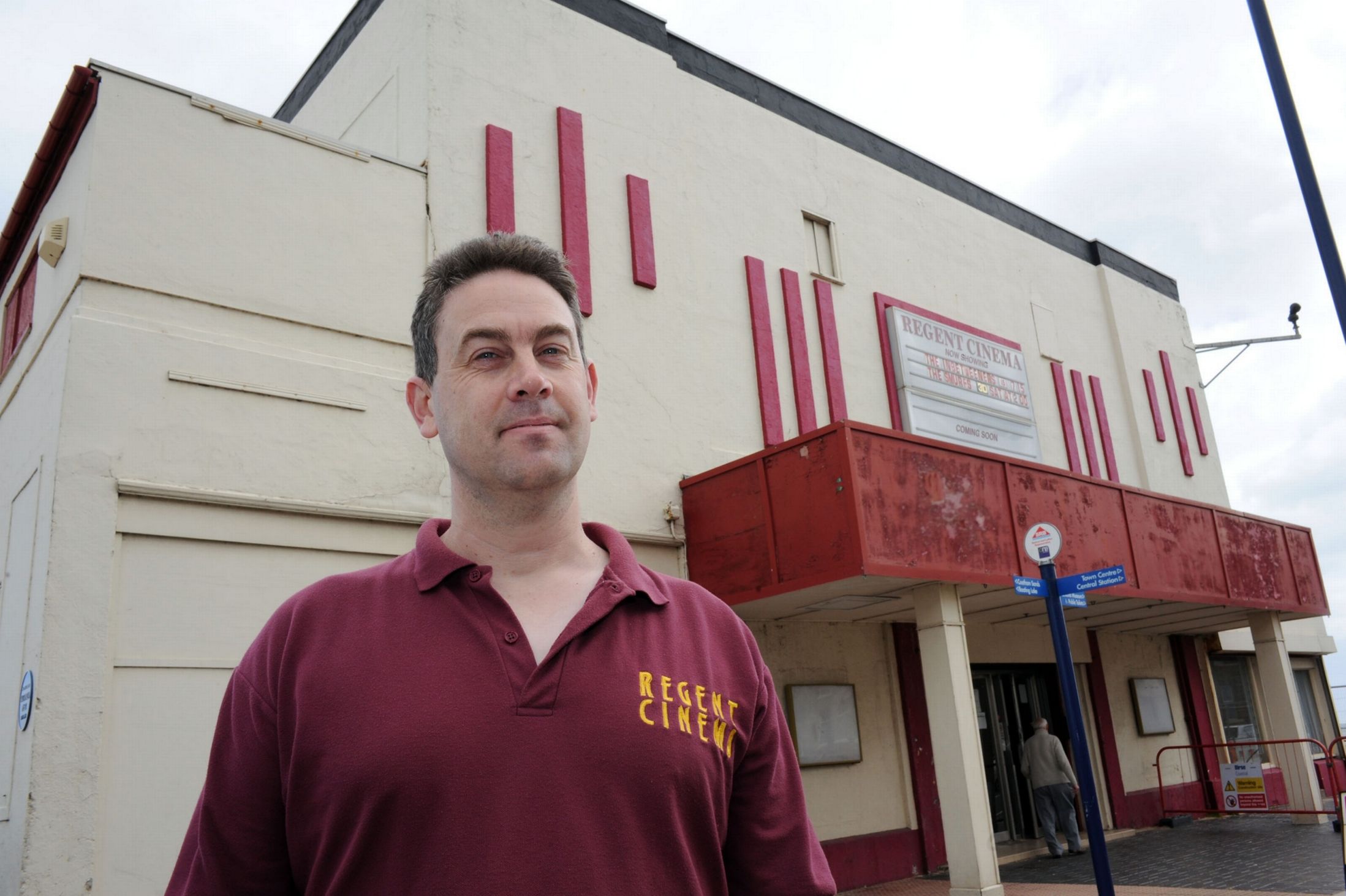 UK: The manager of 20 years for the seafront Regent cinema in Redcar is back at work after suffering a heart attack during a screening of Noah. Meanwhile the Save The Regent campaign is pressing Celeveland Council to get its canopy returned that was removed during seafront renovation drive.

Regent manager Neil Bates was showing the Russell Crowe epic Noah on April 16 when he began suffering chest pains. He was rushed to James Cook University Hospital, in Middlesbrough, where he spent a week after being diagnosed with a heart attack.

But after recuperating at home, Neil, 44, is now ready to return behind the projector on Friday to show The Amazing Spider-Man 2 – the movie which was due to get its Regent premiere the day after Neil fell ill.  LINK 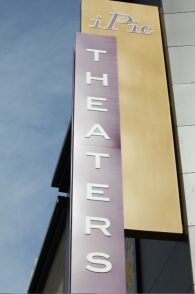 With decidedly old-fashioned movie houses, such as the Regency’s Village Theater and Bruin, and the late-20th Century multiplex style at Century City’s AMC, are you ready for a new-fangled luxury experience in Westwood?

iPic Theaters, a chain out of Boca Rotan, will be opening a 424-seat, six-screen theater on Friday.

If that sounds like not so many seats, that’s intentional. The theaters will only hold between 44 and 108 people each, max.  LINK 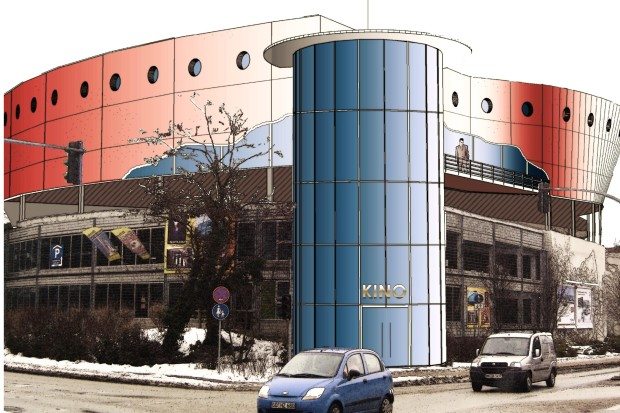 Germany: The town of Ahrensburg could be getting a cinema after plans in 2010 foundered on the rocks of local politics. 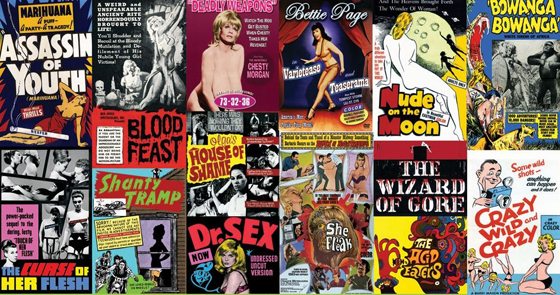 A belated tribute to Mike Vraney, founder of something Weird Video and the man who did more than anybody else to keep the B-movie and even Z-movie heritage alive. If it was not for him film historians and others would not know what was shown and went on in the less salubrious cinemas in the days before the internet. Like this B-movie classic.

Probably my favorites out of many SWV editions are Monsters Crash the Pajama Party, a disc that really shows how cool a DVD can be. The title movie was an interactive midnight show with a mad scientist, a man in a gorilla suit and a bunch of over age teen agers in a haunted house.  At a key moment the gorilla would run off camera, the film would stop while a guy in a gorilla suit grabbed a woman from the audience, planted there by the exhibitors and brought into the film by going behind the screen.  Of course the woman in the audience had to look and be dressed reasonably close to the woman in the film, making it appear the “fourth wall” had really and truly been broken.  With the title movie there are 3 commentaries, all by exhibitors who put on midnight spook shows all across the country.  LINK