UK’s publicly listed exhibitor Cineworld is expanding into Central Europe through £503 cash and equity deal for Warsaw-listed Cinema City International (CCI), which will make it the second largest chain in Europe after Odeon UCI. The deal signals a strategic shift for Cineworld after a small domestic acquisition and and an abandoned south European deal, indicating that future growth lies in Central and Eastern Europe (CEE), as well emerging markets like Turkey and Russia, while box office declines in Western Europe.

The deal, subject to shareholder approval, will see Cineworld pay CCI £503 in cash and shares, of which £272m will be in cash, with a £110m rights issue launched to help fund the purchase, and giving CCI a 24.9 per cent stake in the merged business. CCI currently operates 99 multiplexes with 966 screens (giving it a 9.75 screen/site ration) in six countries in Central and Eastern Europe (Poland, Hungary, Czech Republic, Bulgaria, Romania and Slovakia) as well as in Israel. The combined entity will have  201 sites and 1,852 fully-digital screens (9.21 s/s ratio), indicating that the two are a good match in terms of mostly being new multiplexes. Shares rose by 10.27 and seven per cent for Cineworld and CCI respectively, meaning the markets largely welcomed the merger. The operator will be the largest or second largest in all territories where it is present. But at what price? 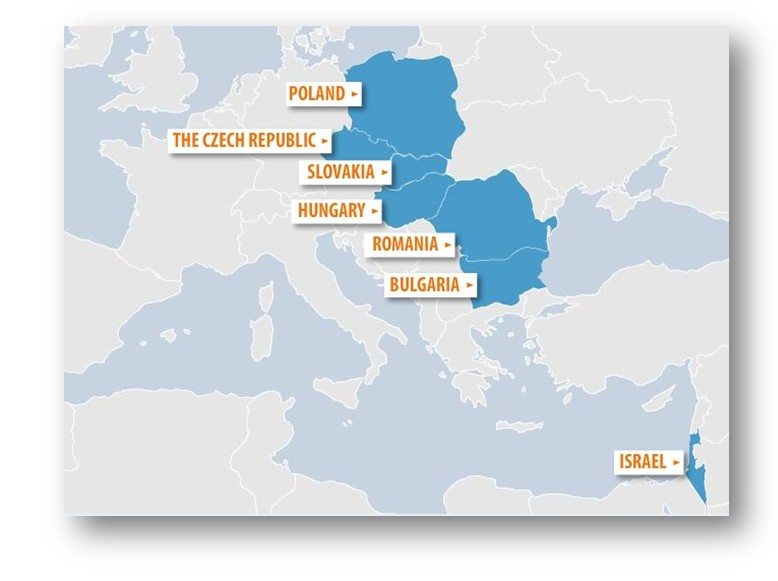 Competition and change in strategy

Unlike its UK competitors Odeon UCI and Vue, Cineworld has previously been focused exclusively on UK and Ireland , where it operates five of the ten highest grossing sites (though both BBC and Screen claim that it operates all ten of the most profitable sites). Odeon had inherited sites in Spain, Germany and elsewhere through its merger with Odeon in 2004, following the acquisition of both by Guy Hand’s Terra Firma. Odeon UCI abandoned plans for a £1bn+ floatation, settling for a £475 re-financing plan instead two years ago. Reasons cited for this change included “problems in its Spanish markets, where results were weak in the second quarter after a 30 per cent fall in volumes, and a bumper crop of bigger blockbuster films set for release in 2015.” Vue had meanwhile bought Polands second largest cinema operator Multikino, having already established itself in Germany (through the acquisition of CinemaxX), Portugal, Denmark and Taiwan, before being bought by two of Canada’s largest pension funds last year.

Cineworld had explored the possibility of buying into the Iberian market, going so far as to announcing a €18.6m deal in 2011 to buy Spain’s fifth largest operator, Cinesur Circuito Sánchez-Ramade, which operated 11 multiplexes, before withdrawing, allegedly over questions regarding the target company’s financing structure. Instead Cineworld followed the lead of Vue’s acquisition of mid-tier market and art house operator Apollo by buying the Picturehouse chain of art-house cinemas. However, this deal ran into problems with the UK competition authority forcing it to divest at least three sites. The CCI merger is not a knee-jerk reaction to problems in the UK, if Cineworld management is to be believed. Quoted in the FT:

Anthony Bloom, Cineworld chairman, said: “International expansion has been on the strategic radar for a few years now,” adding that this was because the UK was recognised as a “maturing” market.

While UK cinemas witnessed a fall in sales last year, as consumers switched to home viewing, CCI operates in emerging economies such as Poland, Bulgaria, Hungary and Romania where visits to the cinema are rising. The markets are seven to 10 years away from peaking, said [CCI boss] Mr Greidinger.

While late to the Central European market, the move is still a good one for Cineworld, not to say ‘necvessary’. However, it only “bring together two equals in size”, as CCI claims, depending on which numbers you look at. A quick overview tells that while Cineworld has fewer screens per site (mainly due to the Picturehouse deal), it has a significantly larger market cap.

However, CCI was the only obvious partner for Cineworld with its presence across much of the future growth market in Europe. By way of comparison, CCI’s closest competitor Helio Cinemas (if we discount Vue’s Multikino) has just 26 cinemas with 140 screens, all of them in Poland. When it comes to largest growth opportunity, there is no question that CCI towers over Cineworld. Hence why the shares of the merged company will continue to be listed at the Warsaw stock exchange. There was no word if Cineworld will shift its headquarters to the Netherlands, where CCI is based, despite not having a single screen operational in Holland (so it can be surmised that there must be good corporate/tax reasons).

The leverage that CCI had in agreeing the merger with Cineworld is also reflected in the management structure of the new entity. From the company’s financial filing:

On Completion, the management team of the Enlarged Group will comprise of highly respected and experienced representatives from both Cineworld and CCI: Anthony Bloom will continue as Chairman of the Enlarged Group, Mooky Greidinger, the current Chief Executive Officer of CCI, will be appointed as Chief Executive Officer; Philip Bowcock will remain as Chief Financial Officer; Israel Greidinger, the current Chief Financial Officer of CCI will be appointed as Chief Operating Officer; the new Board will comprise of 10 directors, of which six will be from the existing Cineworld Board together with Mooky Greidinger and Israel Greidinger and two new non-executive directors: Scott Rosenblum (CCI’s current Chairman) and Arni Samuelsson (new independent director)

Cineworld’s existing CEO Steve Weiner had announced his stepping down late last year, much to the shock and surprise of the industry, either in anticipation of or opposition to the deal. There was much (now misplaced) speculation at the time about the reasons and the likely successor (again from the FT):

Cineworld became the UK’s biggest operator thanks to its founder’s relentless drive to open new cinemas and buy existing ones. People familiar with internal dynamics at Cineworld say that Mr Weiner, 62, has been a “one-man show” and has had a “difficult relationship” with some members of the team. “It will be very interesting to see who replaces Steve,” says Alexander Mees, analyst at JPMorgan. “This is an absolutely pivotal appointment in the history of this franchise.” Cineworld said it will announce its new chief executive “in due course”, but analysts are speculating that the main contenders include Philip Bowcock, Cineworld’s chief financial officer, and Lyn Goleby, co-founder of Picturehouse.

Just as the US is now fully aware that the largest growth opportunities lie in LAtin America while also seeing domestic interest from China (pace AMC-Wanda), so to UK operators cannot pin their hopes to Bond films alone but that the emerging markets in the east are the best long term hope for growth.

Not so brightly projected prospects?

Even then some remain sceptical. Broker Panmur Gordon is bearish on the stock post merger:

“At first glance we struggle to see the logic for the acquisition given management’s insistence on the substantial growth opportunities available in the UK and the group’s failure to complete its proposed acquisition in Spain,” Panmure said.

The broker maintained its 260p target price for Cineworld, which represents significant downside to the 426.8p share price on Friday morning, up 8.88% on the day.

“With another difficult year of trading ahead (disposal of three Picturehouse sites, World Cup impact in June and July, and uninspiring film slate) and now a significant acquisition of questionable logic which introduces higher risk into the investment proposition, we struggle to see many attractions for owning the stock.”

Even with cost saving synergies of £2m (including going from two to one CEOs for the joint company), the new entity will be praying that this year’s slate and Polish cinema goers taste for popcorn will validate the merger of old and new cinema Europe. While it is unlikely that Odeon-UCI, Vue or Cineworld-CCI will be tempted to look further east to Russia, there is likely to be expansion in some of the Baltic states of Latvia and Lithuania (Estonia though falls under Finland) and Ukraine. A bigger question is who will be first to venture into Turkey, with Germany’s CineStar, Belgium’s Kinepolis and France’s Gaumont Pathe all feeling the heat from the UK-CEE alliances. Unless of course China’s Wanda buys Odeon-UCI first.