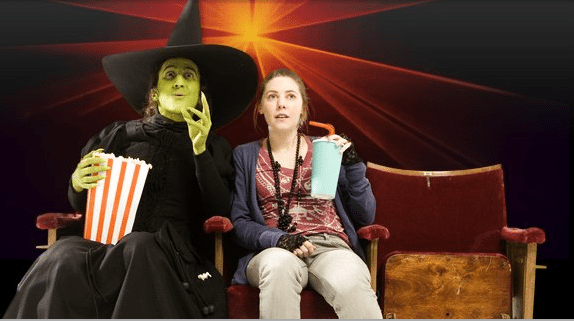 – Catch someone taping a film off the screen? You have little choice but to let him (it’s rarely a ‘her’) walk free in the UK, according to Sky News. “Tim Richards, who runs Vue cinemas, told Sky News that while his staff are getting better at catching film pirates, he invariably has to let them go. He said: “We catch these individuals and we can’t do anything with them. It’s extremely frustrating.” But the police say sales of illegal pirated (usually elsewhere) DVDs are a bigger problem and the UK government urges cinema to go after the cinema camcorders with the Fraud Act. Yes, really, don’t laugh;

– UK mobile phone carrier Orange has been running its two-for-one mid-week offer for five years and have clocked up 14m uses (that’s 7m couples). From newmediaage, “The Orange Wednesdays offer has encouraged an average of 300,000 people to go to the cinema each week, saving them an estimated £30m, the operator said. The five most prolific users have redeemed the offer an average of 70 times each.” Apparently “Mamma Mia!” has been the most popular film.Notice that the Orange Witch [Surely she’s green and wicked, not orange? – Ed.] from the advert (below) is brandishing a Celluloid Junkie icon popcorn box knock off. Definitely not authorised by us;

–Imax‘s finances are slowly improving, with Q1 of 2009 showing a narrow loss as the company waits for digital to kick in, according to THR.com. “Toronto-based Imax posted a loss of $2.6 million to March 31, compared to a loss of $10.2 million in 2008, on revenue up 43% to $33.7 million, against a year-earlier $23.5 million. Imax recorded sharply lower R&D costs compared to 2008 when it incurred steep digital projection rollout costs. The first quarter operating profit was $2 million, compared to a loss of $5.6 million in 2008.” Perhaps more interestingly than digitla itself was that revenue from bigged-up Hollywood releases such as “Watchmen” and “Monsters vs. Aliens” doubled from around $15m to over $30m in the quarter;

– Sony Pictures “Angels & Demons” had its world premiere in Rome using Sony Electronics 4K SXRD projector. From the press release, “Oliver Pasch, head of digital cinema in Europe at Sony Professional says, “We’re delighted to have played a part in helping Sony Pictures  premiere Angels & Demons. The studio understands the phenomenal value of 4k projection and how it allows audiences from across the world to see more detail than ever before, thus creating a truly unique cinematic experience.”” The film will be released in 4K, so best place to catch it will be Norway or an AMC cinema – click here for full list of 4K locations.

-With the stand-off in Bollywood between Indian film distributors and multiplexes still not showing any sign of ending, exhibitors are starting to look for small films to distribute themselves. From liveMint.com, “In a clear signal that the gloves are off in the dispute with
producers, Fame India Ltd has joined forces with its fellow leading
national cinema chains INOX Leisure Ltd, Cinemax India Ltd, Adlabs
Films Ltd, Fun Cinemas and PVR Ltd and set aside around Rs40 crore [$8m] to
acquire a film on the open market for release in multiplexes, where the
deadlock has seen all new releases being put on ice since 4 April.” A handfull of candidate films are hten listed. Meanwhile distributors are saying that they will release their films in single screens and independent multiplexes. Still no word if Hollywood distributors will soon start releasing their films during the stand off; 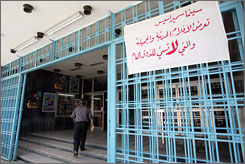 – If you think Indian multiplex operators have it hard, spare a thought for their colleagues in Iraqi, where cinemas are dying a slow death. From LA Times, “Before the 2003 invasion, Baghdad had 40 cinemas; now there are only
eight. In those days, the theaters opened at 8 a.m. and closed just
before midnight. Today, the theaters shut at 1 p.m. Hashim says only
the riffraff and lowlifes frequent his theater…. Other theaters have closed rather than cater to the new
market — the owners of the now-shuttered Nujoom (Star) cinema
described their clientele after 2003 as “drug addicts, alcoholics and
freaks.”” We have highlighted the plight of Iraqi cinemas before, but it is sad that there appears to be no hope in sight;

– Reasons why 3D is plenty D’s enough, from UK’s The Mirror. “A cinema at a National Sea Life Centre is so realistic it is causing visitors to feel seasick. Bosses at the £1million 4D screen in Birmingham are handing out sea sickness bracelets after customers complained the images of giant waves, vibrating seats and water spray made them ill.” Isn’t ayone complaining bout the water sprays making their popcorn wet?

– A novel way of attracting customers to cinemas? Bag of cocaine found in Reel Cinema in Grantham by 10 year old. From the local paper, “”Obviously this is a family entertainment venue and children are present. It is very worrying when a ten-year-old comes into possession of drugs like this.” Jonathan had only recently started to let his son do things on his own but the experience has made him worry. He said: “What if a child had picked it up and thought it was sherbet? Or what if he had walked in to find someone taking drugs?” I’ve heard of weed smoking to Cheech and Chong and LSD for “2001: A space Odessey”, but cocaine to “X-Men Originas; Wolverine” seems like a desperate way of improving the film;