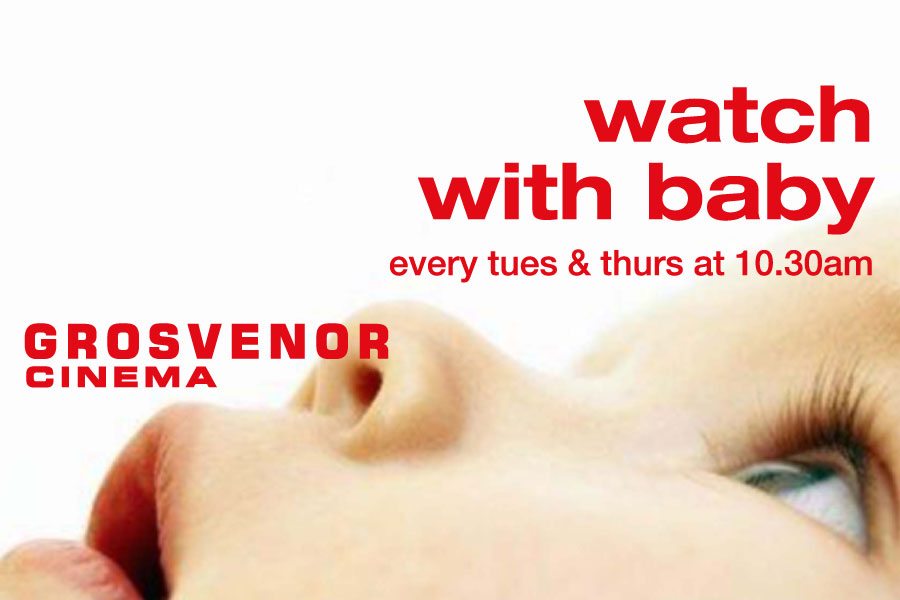 – Cinema box office “is performing well despite the bad economy — not because of the bad economy,” according to a new survey published by Nielsen. Perhaps no surprise that it found that cinema was still considered a good value proposition, even in these tough economic times, by no less than 59 per cent of those who responded. Still, the article in THR.com makes clear that 20 per cent are cutting back on cinema going and only dining out is experiencing more cutting back amongst respondents;

– AMC Theatres supports children with autism (and their parents) by putting on special screenings with lower audio and lights not fully dimmed. Metro West Daily News reports that, “The Flutie Pass multiplex is one of 67 AMC theaters in 32 markets now showing “sensory-friendly films“ at convenient times and discount prices, said community relations manager Cindy Huffstickler. AMC has been screening films for autistic viewers since 2007 after a mother complained she’d been asked to leave a Maryland theater run by another chain when her autistic child became disruptive.” I’m sure these screenings do not make a massive difference to AMC’s bottom line, but are a good example of exhibitors exercising corporate social responsibility (CSR) in their community;

– In a similar vein, UK’s Cineworld is testing ‘Cinebabies’ in two screens, according to Haverhill Echo. “The initiative sets out to make the film experience as relaxed and enjoyable as possible for babies aged under 18 months and their parents, or even grandparents, uncles or aunties. Pushchairs will be arranged in the auditorium so that adults can have easy access to their belongings, while baby changing facilties are also available.” These too will have lower audio levels and light semi-dimmed.

– Canada’s Cineplex is going in for digital 3D in a big way through a deal with RealD. From Screendaily.com. “The Toronto-based exhibitor will have a total of 122 RealD 3D projectors operating in 72 facilities across the country with in a month. In all Cineplex will have 161 digital projectors, with 122 of them RealD 3D-enabled.” No word on which projector and server manufacturers are supplying the rest of the required hardware;

– Definitely not in 3D, but Cineplex will also be screening a concert by Diana Krall, according to Ottawa Citizen. “Canadian jazz singer and pianist Diana Krall, in town May 2 and 3, can also be seen in movie theatres May 20 in a concert she presented in Rio de Janeiro last November… The screening will be presented at 7 p.m. at the Coliseum and SilverCity cinemas in Ottawa as well as the Galaxy cinemas in Cornwall and Brockville.” [Which reminds me of the joke, Q: What is a guaranteed way of stopping the spread of AIDS? A: Ask a jazz record company to distribute it];

– Research & Markets has published its study on multiplexes in India. “The industry is characterized by seasonality, low screen density, increasing average ticket prices, and reducing shelf life of movies. The key trends identified include producers bypassing distributors, shift to digital cinema, and alternate content in multiplexes, retail partnerships, and new single screen formats.” It forgot to include ‘crippling strikes’ as well;

– Cinemas in south India will be closed today as part of a larger protest against the violence in Sri Lanka that is affecting the local Tamil minority, according to Press Trust of India. “The Tamil cinema industry has announced suspension all its activities today and shows in cinema theatres have been canceled.” Shops, transport and other businesses were also affected;

– Proving box office is off to a strong start in most places, Budapest Business journal is reporting that Israeli-owned Cinema City
in Hungary saw turnover rise 15 per cent in the January-February period. “The recession is not affecting the company’s performance: it has opened new screening rooms since the beginning of the year, and it plans to open a multiplex at the site of the former Skála department store in Budapest around October or November.” The outlook for the rest of the year is also said to be good;

– Similar positive news reaches us from Australia, courtesy of TradingMarkets.com. “Australian cinema operators and film studios are reporting strong box office sales. Graham Burke, the CEO of Village Roadshow, says that even ordinary films are generating a lot of interest among moviegoers. He believes that cinemas can withstand the competitive pressure from the internet by making a visit at the movies a memorable event“;

– Irish Times reports of a battle brewing over the re-development of the main shopping street in Dublin where the Carlton Cinema stood. “The proposed €1.25 billion redevelopment of a 5.5 acre site centred on the former Carlton cinema on O’Connell Street, could “serious and irreversibly” undermine the character of Dublin’s main street, An Bord Pleanála has been told.” Perhaps they should have just kept the cinema rather than just preserving the facade.

– But despair not, Irish ‘filum’ lovers – BMW Ireland is hosting an open air screening on May 7th at Dublin’s nearby Temple Bar to promote the launch of their Mini convertible. Movies.ie reports that you can vote for either “Gross Point Blank”, “The Big Lebowski”, “High Fidelity” or “Ferris Buellers Day Off”. Tough choice, but you must vote for Ferris;

– Finally, one of the big screens greatest painters of light is no longer with us as The Telegraph reports that cinematographer Jack Cardiff has died at the age of 94. “Black Narcissus” looks as amazing in all its Technicolor glory today as it did 61 years ago. RIP Mr Cardiff.