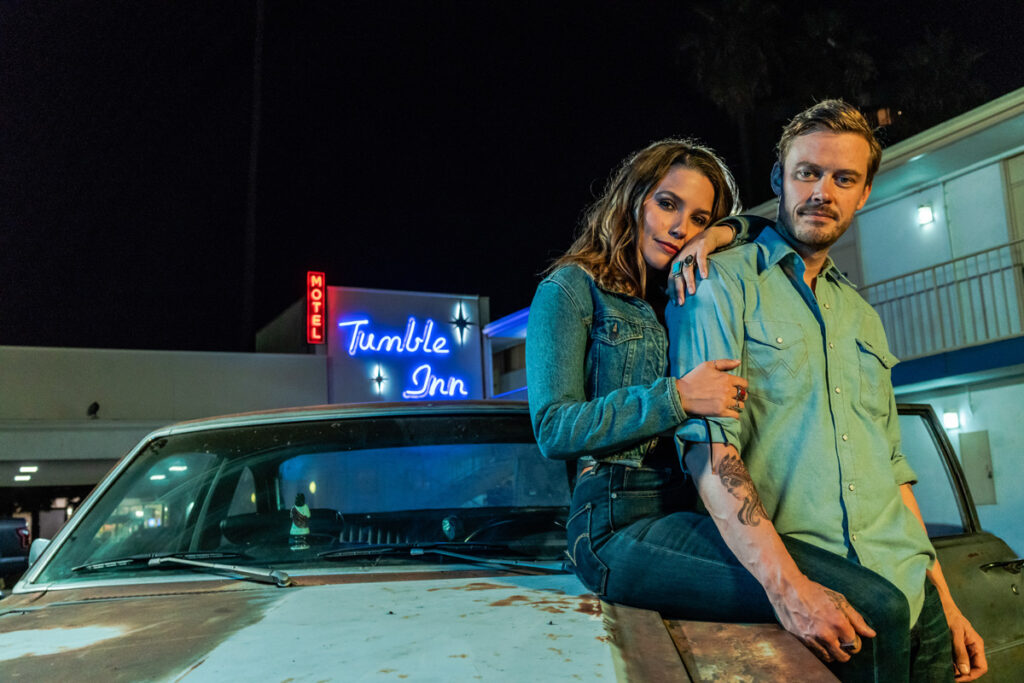 A modern day gritty love story, Hard Luck Love Song follows Jesse (Dorman), a charismatic but down on his luck troubadour living out of cheap motels and making bad decisions. Jesse finds himself at an existential crossroads during a chance encounter with Carla (Bush), an old flame, as their complicated past and current troubles threaten to destroy their blissful reunion.

“‘Hard Luck Love Song’ is my love letter to Americana music and the colorful characters who inhabit that world,” Corsbie says.”Todd Snider is among the great American troubadours, following in the tradition of Woody Guthrie, Johnny Cash, and John Prine, and I humbly tried to honor his unique talent for blending drama, humor, grit, and wit by infusing this film with those ingredients.”

“Like our previous films ‘The Peanut Butter Falcon,’ ‘Winter’s Bone’ and ‘Mud,’ ‘Hard Luck Love Song’ knows its authentic Americana setting, and as a native of Austin, TX, Justin’s affection for roots music is evident in every frame,” said Roadside co-presidents Eric d’Arbeloff and Howard Cohen.

The deal was negotiated by Roadside’s Angel An and UTA’s Independent Film Group. Corsbie is represented by Los Angeles and Austin based Synthetic Pictures for commercials and branded content.

About Roadside Attractions
Since its founding in 2003, Roadside Attractions’ films have grossed over $300 million and garnered 23 Academy Award nominations. Roadside Attractions’ 2021 releases include “Rita Moreno: Just a Girl Who Decided To Go For It” and the Mark Wahlberg-starrer Joe Bell. Recent film include the Oscar-winning “Judy,” starring Renee Zellweger, and the No. 1 independent film of summer 2019, The Peanut Butter Falcon. Their faith-basedI Can Only Imaginewas the No. 1 independent film of 2018 with a gross of $83.5 million. The company has released such critical and commercial hits as “Manchester by the Sea,” “Ben Is Back,” “Beatriz at Dinner,” “Whitney,” “Stronger,” “Love & Friendship,” “Hello, My Name Is Doris,” “Mr. Holmes,” “Love & Mercy,” “A Most Wanted Man,” “Dear White People,” “The Skeleton Twins,” “All Is Lost,” “Mud,” “Winter’s Bone,” “The Cove,” “Arbitrage,” “Margin Call” and “Super Size Me.”