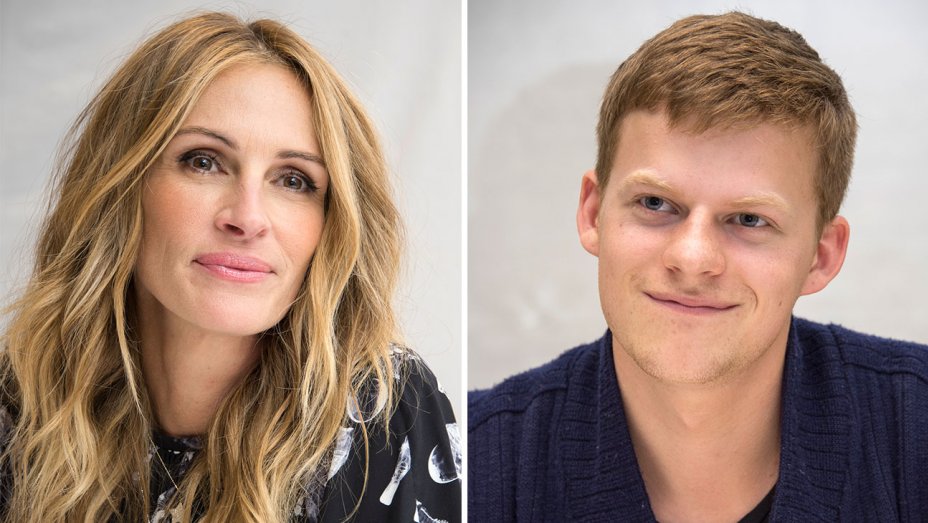 19 year-old Ben Burns (Lucas Hedges) unexpectedly returns home to his family’s suburban home on Christmas Eve morning. Ben’s mother, Holly (Julia Roberts), is relieved and welcoming but wary of her son staying clean. Over a turbulent 24 hours, new truths are revealed, and a mother’s undying love for her son is tested as she does everything in her power to keep him safe. Ben is Back also stars Courtney B. Vance (“The People V. O.J. Simpson: American Crime Story”) and Kathryn Newton (“Lady Bird”).

“Drawing from Peter Hedges’ incredibly moving script and direction, Julia Roberts and Lucas Hedges deliver career-high performances,” said Cohen and d’Arbeloff. “In a role that is current and important, Julia Roberts is transformative as a mom fighting to save her son. And we are thrilled to reunite with Lucas Hedges after his Oscar-nominated turn in ‘Manchester By the Sea,’ he is unforgettable here as a young man trying to re-connect with his family for Christmas.”

Liddell added, “Peter Hedges, Julia Roberts, and Lucas Hedges have put on a master class in storytelling. This timely story will resonate with everyone across the country.”

LD and Roadside have partnered on a successful run of films which include critical and commercial successes. With Ben is Back, the companies have creatively collaborated on releasing and producing 9 films such as “I Can Only Imagine,” which became the top independent film of the last year, and “Albert Nobbs” and “Biutiful,” which together garnered Roadside and LD five Academy Award nominations, including recognition for Best Actress and Best Actor. They recently acquired U.S. distribution rights to the highly-anticipated Judy Garland movie “Judy,” directed by Tony nominee and two-time Olivier winner Rupert Goold starring Academy Award winner and three-time Academy Award nominee Renee Zellweger.

About Black Bear Pictures
Black Bear Pictures is a boutique media company that develops, produces and finances original and engaging content for film and television. Since its founding in 2011, Black Bear’s slate has grossed over $300,000,000 worldwide, been nominated for thirteen Academy Awards, nine Golden Globes, ten BAFTAs, and premiered at such prestigious festivals as Cannes, Sundance, Venice, Telluride, Toronto, New York, and London. Recent projects include Dee Rees’ epic drama, “Mudbound,” nominated this past year for four Academy Awards, George Clooney’s “Suburbicon,” starring Matt Damon, Julianne Moore and Oscar Isaac, and Morten Tyldum’s “The Imitation Game,” starring Benedict Cumberbatch and Keira Knightley. Black Bear is currently in production on “The Operative,” starring Diane Kruger, who most recently won Best Actress honors at the Cannes Film Festival for her exceptional performance in “In The Fade.” In addition to “Ben Is Back,” Black Bear is currently in post-production on “Happytime Murders” starring Melissa McCarthy and “Light Of My Life,” directed by and starring Casey Affleck. Furthermore, Black Bear owns Elevation Pictures Corp, the leading independent film and TV distribution company in Canada.

About 30WEST
30WEST provides capital and strategic guidance to high caliber creative projects and forward-thinking companies operating throughout popular culture. Its media practice works with filmmakers to guide every stage of creative packaging, providing direct capital investment for production, sales, distribution and licensing in order to maximize production quality and audience reach. 30WEST was founded in 2017 and earlier this year acquired a majority stake in fast rising film distributor, NEON.

Recent projects include Craig Gillespie’s Academy Award nominated “I, Tonya,” starring Margot Robbie, and Michael Pearce’s acclaimed thriller “Beast,” currently in release. Upcoming projects include “Assassination Nation,” directed by Sam Levinson, which will be released in partnership with NEON and Agbo, as well as Wash Westmoreland’s “Colette,” starring Keira Knightley, which will be released in partnership with Bleecker Street. The company is currently in post-production on Karyn Kusama’s “Destroyer,” starring Nicole Kidman, which was acquired at Cannes by Annapurna, and on Nisha Ganatra’s “Late Night,” starring Mindy Kaling and Emma Thompson.

About Color Force
Color Force is an award-winning independent film and television studio run by Nina Jacobson and Brad Simpson that brings great storytelling to the screen. Founded by Jacobson in 2010, the company has a proven track record of working closely with authors and filmmakers to bring beloved literary adaptations to life, including “The Hunger Games” franchise, based on Suzanne Collins’ best-selling novel; “Diary of a Wimpy Kid,” based on Jeff Kinney’s popular series; and the upcoming feature films “Crazy Rich Asians,” based on Kevin Kwan’s international best-seller for Warner Bros.; “The Goldfinch,” based on the critically acclaimed novel by Donna Tartt; and Richard Linklater’s adaptation of Maria Semple’s best-selling novel “Where’d You Go Bernadette?”. Color Force’s first foray into television, “The People V OJ Simpson: American Crime Story,” won Jacobson and Simpson Emmy and Golden Globe awards, and they have continued to receive critical acclaim in the television space with the anthology series’ second season “The Assassination of Gianni Versace: American Crime Story,” and the groundbreaking dance musical drama POSE, both on FX. Color Force is currently in development on “Y,” adapted from DC comic book “Y: The Last Man.”