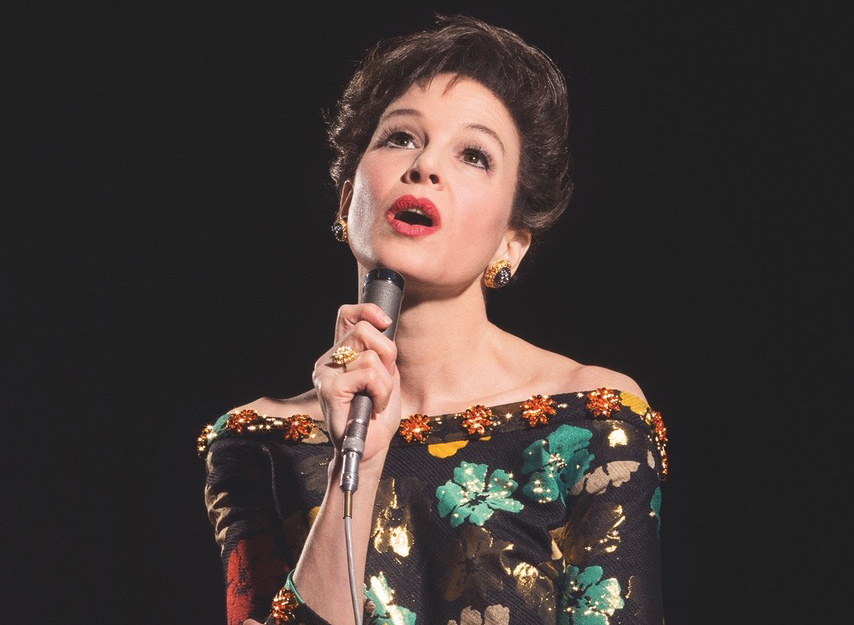 Winter 1968 and showbiz legend Judy Garland arrives in Swinging London to perform in a sell-out run at The Talk of the Town. It is 30 years since she shot to global stardom in The Wizard of Oz, but if her voice has weakened, its dramatic intensity has only grown. As she prepares for the show, battles with management, charms musicians and reminisces with friends and adoring fans, her wit and warmth shine through. Even her dreams of romance seem undimmed as she embarks on a courtship with Mickey Deans, her soon-to-be fifth husband. Featuring some of her best-known songs, the film celebrates the voice, the capacity for love, and the sheer pizzazz of “the world’s greatest entertainer.”

The acquisition was jointly announced today by Mickey Liddell of LD Entertainment and Roadside Attractions co-founders Howard Cohen & Eric d’Arbeloff: “Judy Garland remains one of the quintessential legends of stage and screen and this chapter of her life is particularly riveting” said Cohen, d’Arbeloff and Liddell. “From the incredible early footage that we saw in Cannes, Renee delivers a remarkable performance. As the first feature film about Judy Garland, we believe ‘Judy’ will be event movie going for a broad audience and we are thrilled that our enthusiasm and ambition for the film made the difference in acquiring such a hotly pursued Cannes title. We could not be more excited to be partnering again to distribute this film in the United States.”

Principal photography wrapped two weeks ago and Judy is scheduled for completion and delivery in 2019. The film is directed from a script by Tom Edge (“The Crown”) based on the stage play “End of the Rainbow” by Peter Quilter. It is a Pathé, BBC Films and Ingenious Media presentation of a Calamity Films Production. BAFTA winner David Livingstone produces for Calamity and Executive Producers include Cameron McCracken for Pathé, Rose Garnett for BBC Films and Andrea Scarso for Ingenious. Pathé is distributing Judy in the U.K., France and Switzerland and has handled international sales throughout the rest of the world.

LD and Roadside have partnered on a successful run of films which include critical and commercial successes. The companies have creatively collaborated on releasing and producing films such as “I Can Only Imagine,” which became the top independent film of the last year, and “Albert Nobbs” and “Biutiful,” which together garnered Roadside and LD five Academy Award nominations, including recognition for Best Actress and Best Actor.

In the negotiation with Pathe, LD Entertainment was represented by Liddell; Roadside Attractions by Cohen; and Pathe by McCracken.

About Pathé
Pathé operates as a film studio in France, the UK, the Netherlands and Switzerland. It is involved in all aspects of filmmaking, from development and production through to international sales, distribution and exhibition. Films produced/distributed by Pathé range from “The Queen” to “Slumdog Millionaire” and from “Philomena” to “Selma.” In recent years Pathé’s productions have won 13 Oscars (46 nominations) and 16 BAFTAs (66 nominations).