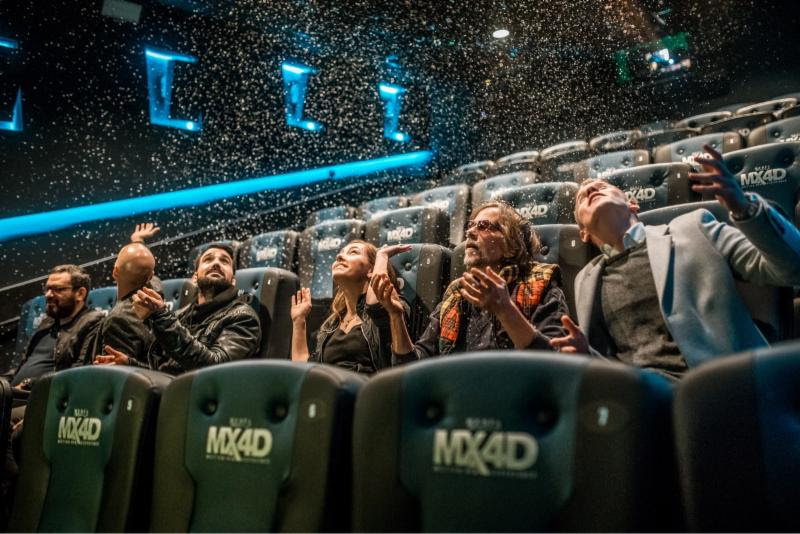 Always on the edge of innovative cinema experiences, B&B Theatres has teamed up with MMI to open the chain’s fifth MX4D® EFX Theatre on December 12th.

The new cinema will be located in Ankeny, IA adjacent to the city’s Prairie Trail development. This hip and stylish district has become home to microbreweries and unique bodegas. Having the distinct designation of being the first 4D theatre in the state, the excitement will draw residents from the nearby metropolis of Des Moines.

Working closely together, the power-house team of MX4D and B&B have successfully opened four previous locations. “Offering a unique out-of-home experience like MX4D has been a great draw for B&B Theatres,” says Brock Bagby, Executive Vice President. The cinema chain’s other MX4D theatres are in Tulsa, OK and Shawnee, KS as well as Lee’s Summit and Liberty, MO.

The high-tech seats for all MX4D auditoriums feature a full range of motion and effects to enhance Hollywood’s latest releases. Moving beyond standard 3D, they utilize MMI’s newly patented EFX armrest which allows for every customer to have a better uniform experience across an entire theater. Additional atmospheric effects may include wind, fog, and strobes.

ABOUT MEDIAMATION, INC.
For nearly 30 years, MediaMation, Inc. has provided innovative technological
solutions to the Cinema and Themed Entertainment market and has expanded to the esports industry in 2017. MediaMation is an interactive technology company and a worldwide, leading supplier and manufacturer of patented technology for 4D Motion EFX theaters and seats, including its MX4D Motion EFX technology, with over 300 cinema installations worldwide. MMI also designs and implements turnkey creative solutions for complex shows, rides, exhibits, fountain shows, etc. for theme parks, zoos, aquariums, museums, cinemas and FECs.