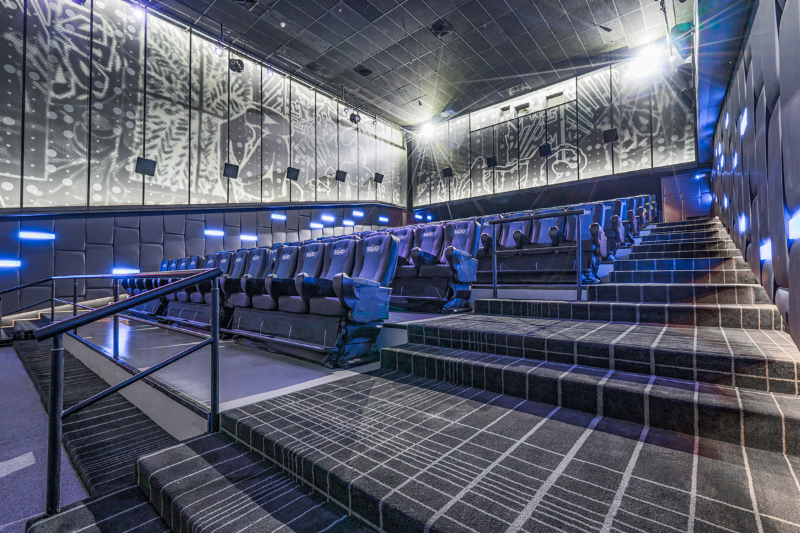 “Our continued partnership with MediaMation (MMI) proves our belief in MX4D.” says Brock Bagby, Executive Vice President of B&B Theatres. Situated on the Kansas/Missouri state line, the Overland Park is the second largest city in Kansas with nearly 200,000 residents. The theatre also has the ability to draw from the nearby Kansas City metropolitan area, which boasts almost 500,000.

The state-of-the-art seats for all locations feature a full range of motion and effects to enhance Hollywood’s latest releases. Moving beyond standard 3D, they utilize MMI’s newly patented EFX armrest which allows for every customer to have a better communal experience across an entire theater. Additional atmospheric effects include wind, fog, rain, and strobes.

ABOUT MEDIAMATION, INC.
For nearly 30 years, MediaMation, Inc. has provided innovative technological solutions to the Cinema and Themed Entertainment market and has expanded to the ESports industry in 2017. MediaMation is an interactive technology company and a worldwide, leading supplier and manufacturer of patented technology for 4D Motion EFX theaters and seats, including its MX4D Motion EFX technology, with over 300 installations worldwide. MediaMation also designs and implements turnkey creative solutions for complex shows, rides, exhibits, fountain shows, etc. for theme parks, zoos, aquariums, museums, cinemas and FECs.