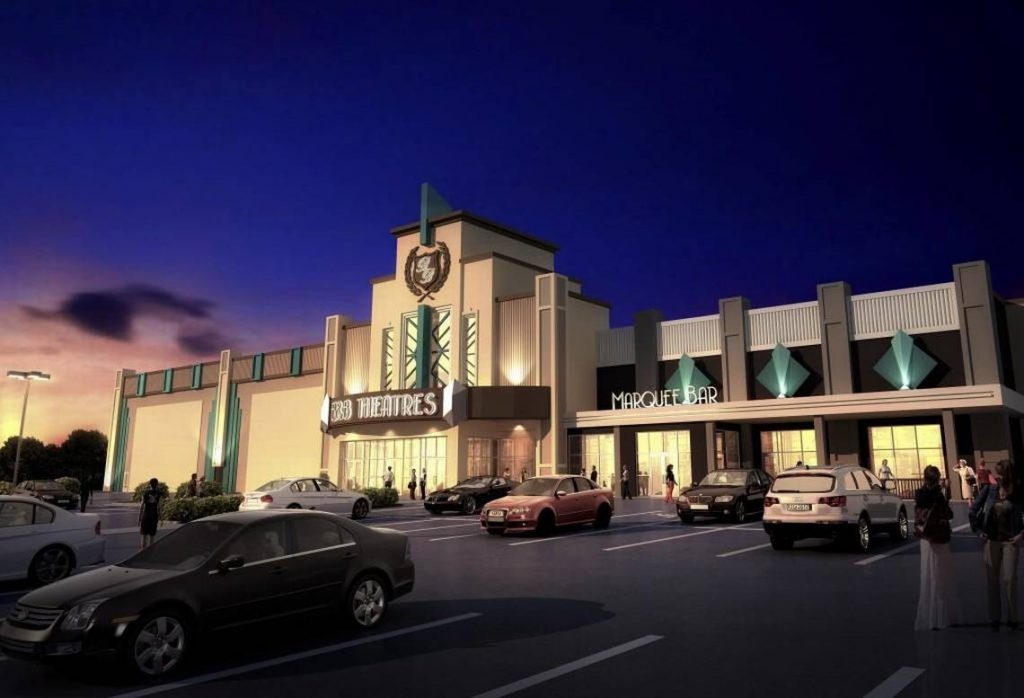 Liberty, MO, Opening Marks First Time the Panoramic, 270-Degree Movie Environment is Available in the Midwest, and the First of Four New ScreenX Installations Planned Through 2019 at B&B Locations in the U.S.

ScreenX, the world’s first multi-projection theatre technology designed to enhance the moviegoing experience, has literally never been bigger. On July 12 – in conjunction with the official grand opening of B&B Theatres’ newly-built, state-of-the-art, flagship Liberty 12 location in Liberty, MO – the largest ScreenX environment in the world will open to the public.

It will be located on a Premium Large Format (PLF) Grand Screen, and measure more than four stories tall and seven stories wide, with the capacity to seat 244 attendees – bringing these moviegoers one of the most premium, immersive viewing experiences in history.

Based in the Kansas City DMA, this new opening will also bring the first ScreenX auditorium in the midwest U.S., the fourth in the country, and the 143rd worldwide. Previously-opened U.S. ScreenX locations include two in the Los Angeles area and one in Las Vegas. This is the first of four ScreenX auditoriums planned to open at B&B Theatres through 2019, as ScreenX continues to accelerate its worldwide footprint and is expected to operate over 200 screens by the end of 2018, that is, more than 30% growth compared to 2017.

The new location is being celebrated by an invite-only Grand Opening gala and press event on July 11, with many guests to experience ScreenX for the first time. Premium content is planned to be showcased, including a clip from the first blockbuster to be shown at this location in ScreenX when the theatre opens to the public on Thursday, July 12.

The Liberty 12 location is one of four new ScreenX installations planned through 2019, as part of a previously-announced agreement between B&B Theatres, the seventh largest exhibitor in the world, and CJ 4DPLEX Americas, which manages ScreenX and 4DX operations in the U.S.

“This opening marks an incredible moment for both our company and for me personally, and we are thrilled that the world’s largest ScreenX experience is a key component of our new flagship theatre,” said Bob Bagby, president of B&B Theatres, which also operates approximately 400 screens at 50 locations across Kansas, Florida, Iowa, Missouri, Mississippi, Oklahoma and Texas. “We know our guests will be amazed by the innovative technology used to project their favorite films on three walls of the auditorium and look forward to bringing this premium format to other locations over the next few months.”

ScreenX allows moviegoers to go beyond the frame of the traditional movie screen, utilizing a proprietary system to expand images of feature films and pre-show advertising to the left and right walls of the theatre, creating an immersive, panoramic, 270-degree experience.

Upcoming ScreenX releases include “The Nun,” “Aquaman” and “Shazam!,” with more to be announced this year. These join recent releases “Black Panther,” “Rampage” and “Ant-Man and the Wasp” on the most robust slate of titles coming to ScreenX from major Hollywood studios.

“This ScreenX opening is both a reflection of B&B Theatres’ commitment to innovation, and to the value of continued enhancement of the cinema experience to exhibitors, studios and moviegoers alike,” said Brandon Choi, CEO of CJ 4DPLEX Americas. “As our expansion across the U.S. continues, we are proud to be working with a partner that share our vision for the future of cinema.”

About ScreenX
ScreenX is the world’s first multi-projection system designed to enhance the cinematic immersiveness of the theatre setting. It was created in 2012 by CJ CGV, part of South Korean conglomerate CJ Group, as one of the company’s industry-changing “next cinema formats”, alongside 4DX, the global-leader in multisensory cinema technology with motion and environmental effects. ScreenX allows moviegoers to experience beyond the frame of the movie screen by utilizing a proprietary system that expands images of feature films and pre-show advertising to create an immersive, panoramic, 270-degree format that projects onto three walls of theaters. To date, ScreenX has been installed in more than 142 screens around the world, including 86 screens in South Korea; 44 screens in China; 3 in the United States; 4 in Turkey; 2 in Vietnam and 1 in Thailand, Japan, and Indonesia.

About B&B Theatres
B&B Theatres has been family owned and operated since 1924 when Elmer Bills Sr. opened a movie house in Salisbury, Missouri where the future Mrs. Bills played the piano for silent movies. During the company’s 94 years, and four generations of family involvement, it has seen the coming of sound, color, Technicolor, stadium seating, multiplexes, recliners and digital cinema. B&B Theatres is the 7th largest theatre chain in North America and operates approximately 400 screens at 50 locations in Kansas, Florida, Iowa, Missouri, Mississippi, Oklahoma and Texas.