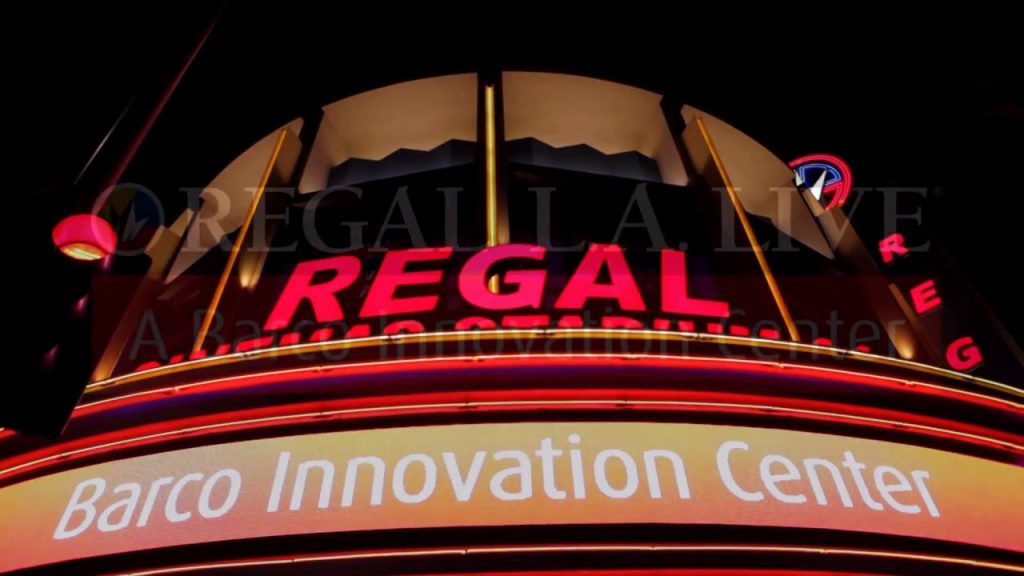 “From the highest quality projection and sound system to the revolutionary screen technology, the overall technology package in the RealD Premiere Cinema at Regal L.A. LIVE: A Barco Innovation Center offers audiences the most comprehensive and technically advanced movie-going experience available anywhere in the world,” said Anthony Marcoly, President of Worldwide Cinema for RealD. “We are proud to be a part of creating this incredible destination for film lovers in Los Angeles.”

RealD is expanding beyond 3D technology to offer movie-goers a complete cinema experience. The RealD Ultimate Screen has been ten years in the making and through extensive research and development offers a revolutionary, highly sophisticated, scientifically engineered matte-white screen that delivers incredible images in both 2D and 3D formats. The image is 85 percent brighter and the stereo contrast is 10 times better than that found on a traditional silver screen. With minimal surface texture, images are sharper, clearer, have truer colors and are more pristine.

“This continues our dedication to being the most technologically advanced movie theater in the world,” said Shelby Russell, Vice President of Marketing for AEG and L.A. LIVE. “We are extremely excited to partner with RealD. This is the best visual experience anywhere and the only place to really watch big blockbuster films.”

RealD is the world’s most widely used 3D cinema technology and our extensive intellectual property portfolio is used in applications and products that enable a premium viewing experience in the theatre, the home and elsewhere. RealD was founded in 2003 and has offices in Beverly Hills; Boulder; London; Moscow; Beijing; Shanghai; Hong Kong and Tokyo.

Headquartered in Los Angeles, California, AEG is the world’s leading sports and live entertainment company. With offices on five continents, AEG operates in the following business segments: AEG Facilities, which is affiliated with or owns, manages or consults with more than 120 preeminent arenas, stadiums, theaters, clubs and convention centers around the world including The O2 Arena, the Sprint Center and the Mercedes-Benz Arenas; AEG Live, which is dedicated to all aspects of live contemporary music performances, including producing and promoting global and regional concert tours, music and special events and world-renowned festivals; AEG Real Estate, which develops world-class venues, as well as major sports and entertainment districts like STAPLES Center and L.A. LIVE; AEG Sports, which is the world’s largest operator of sports franchises and high-profile sporting events; and AEG Global Partnerships, which oversees worldwide sales and servicing of sponsorships including naming rights, premium seating and other strategic partnerships. Through its worldwide network of venues, portfolio of powerful sports and music brands and its integrated entertainment districts, AEG entertains more than 100 million guests annually.